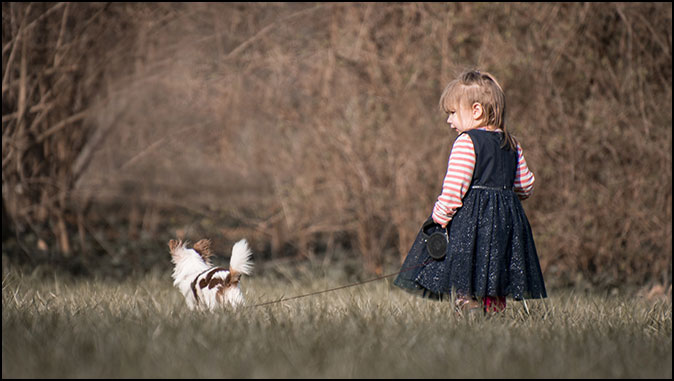 Bless The Beasts And Children
By Dennis Huebshman

One note before starting; this message is difficult to write as the content is very disturbing. It’s hard to imagine that the evil in this world has gotten so bad, that our children, especially young ladies, are in such peril. The only redeeming factor is it’s a sign we’re close to going Home. For those who will not have received and accepted Jesus as their Savior, it’s about to become the most horrible time they will ever spend. It will make today’s events seem like a Sunday picnic. (DRH – all emphasis mine)

Looking at all the evil depravity that is taking place in this world today, is like watching the reasons Sodom and Gomorrah were destroyed; and why God destroyed everyone except Noah and his family in a worldwide flood. There has always been a degree of child and animal abuse, but the levels of this are rapidly increasing far beyond the evils of the past.

Along with the letters LGBTQ, there’s another that a certain part of society is trying to add, and that’s “P” for pedophiles. Just saw a comment from the Governor of California that says he can’t understand why his state is being “punished”, yet he just signed a bill reducing any penalty for pedophilia. There are actually satanic led people who are advocating sexual relations between adults and children of all ages as being somehow normal. Sadly, their evil desires are gaining popularity. By the way, all the letters involve acts that God labeled as abominable, and He does not change His mind on any of them.

Let’s look at how our Savior viewed children. Matthew 19:13-15; “Then children were brought to Him that He might lay His hands on them and pray. The disciples rebuked the people, (14) but Jesus said ‘Let the little children come to Me, and do not hinder them; for to such belongs the Kingdom of Heaven. (15) And He laid His hands on them and went away’.”

Matthew 18:1-6; “At that time, the disciples came to Jesus saying, ‘Who is the greatest in the Kingdom of Heaven’? (2) And calling to Him a child, He put him in the midst of them (3) and said, ‘Truly, I say to you, unless you turn and become like children, you will never enter the Kingdom of Heaven. (4) Whoever humbles himself/herself like this child is the greatest in the Kingdom of Heaven. (5) Whoever receives one such child in My name receives Me; (6) but whoever causes one of these little ones , who believe in Me to sin, it would be better for him/her to have a great millstone fastened around his/her neck, and be drowned in the depth of the sea’.”

These passages do not leave a lot of room for debate. What’s so pathetic is the trend of today’s media, in numerous forms, giving positive reinforcement in their “reporting” to such garbage that the radical left is spewing out. I was fortunate to grow up in the 1950’s and 1960’s, when cartoons and “kid” programs were entertaining and fit for the whole family to watch.

Since the Viet Nam protest era of the late 1960’s and early 1970’s, a satanic attitude has emerged. Today, the protesters have become the “educational” leaders, and now they are out in the open as never before. Even the Disney cartoon features are incorporating the LGBT messages in their programs. Knowing how Walt Disney tried to keep his productions pure, I have no doubt that he would be sickened by having his name associated with such smut.

Old fashioned “Super Heroes” are being updated to include the transgender and gay themes. How about the “drag queen” story time events that are being imposed on very young children. There are those who are even including “drag kids” in their presentations. Anyone who comes out and criticizes such garbage are subject to being labeled as haters and anti LGBTQ bigots. Personally, I have no problem being labeled as such, as I’m sure my Heavenly Father will have the last word on this.

Is it any wonder that children of all ages are being kidnapped and sold to “sex rings”? This is increasing daily as this world turns more and more to the rule of the prince of darkness. One of the pedophile mantras is “Love knows no age”. If we are talking about a parent’s love for their child, I would totally agree. If we’re talking about loving children as Jesus did, with no hint of any sexual connotation, I would agree with this also.

In the matter of animal abuse, there’s stories on social media every day about some terrible abuses of God’s creatures. Some are stories of rescue and rehabilitation; some are just features of terrible and hostile treatment. For anyone to think these are dumb critters with no feelings, they are caught up in satan’s lies which tries to downplay the significance of all of God’s creation.

Every moment that passes draws us nearer to leaving this sinfilled planet. Though we are repulsed by what’s taking place, true believers are getting more and more excited that our “forever” is about to happen. Brand new bodies, brand new mindsets, and being with the One that made it all possible. Can you just imagine how the Father is using great restraint by not totally destroying all humans? His promise to keep all who have accepted His Son from the wrath to come is our blessed assurance from Him. (1 Thessalonians 1:10; 1 Thessalonians 5:9-10 and Revelation 3:10)

Jesus died for everyone (John 10: 14-16), but He knew even then that more would reject Him, than become a part of His flock. (Matthew 7:13-14) Our promise from the Father in several places (Joel 2:32; Acts 2:21; Romans 10:9-13) is that “All who call on the name of the Lord will be saved.” It doesn’t mean we will totally escape persecution, and the flock will be subject to persecution as long as we’re in these human bodies. We wait with anticipation for our call to meet Jesus in the air, and forever be with Him.

A song performed by the Carpenters in 1971 can be looked at as a prayer we should repeat often. A few lines are:

(Bless the beasts and the children; in this world they have no voice; they have no choice.
Light their way when darkness surrounds them; give them Love (pure love), let it shine around them.
Give them shelter from the storm; keep them safe; keep them warm.”

All I can add to that is “Amen Lord; please make it so.” Also “Come quickly Lord Jesus”.

As stated, there will be a 7 year period of time that will be horrific on this earth. At the end, Jesus will return and put down the rebellion with just a word. Then, He will rule on earth for 1000 years; after which will be the final judgments. After all the sin this earth has witnessed from the beginning of creation, is it any wonder that the Father will destroy this planet and make new heavens and a new earth? This time, there will be no satan or demons to tempt anyone. We will live in pure love, peace and harmony forever. No more abuse of any kind.

Is your reservation intact? Do you have Jesus in your heart? If not, today would not be too early to call on Him; tomorrow could be too late.