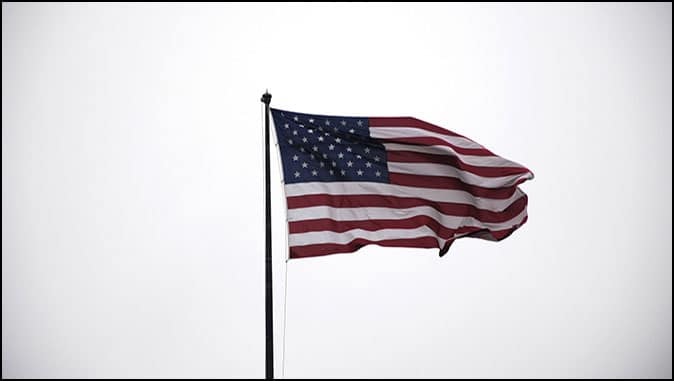 From the moment Donald Trump was elected President of the United States, the left (radical democrats and others) have tried to discredit anything he does. First, they all laughed and said he didn’t stand a chance of winning the election. Famous celebrities, and numerous faux news people consistently stated that Clinton was a shoo-in. Since the results were announced, they have not ceased trying to have him removed from office so that a “real politician” could take over. It is extremely obvious, this activity will continue through the upcoming election process, if the Lord has not called His true believers home yet. (any emphasis mine)

There’s just one major problem, no matter what they’ve tried, he’s still there. There’s no question that he’s put the “career politicians” to shame, even though his methods are raw in nature. First, he’s a business man, and has done his best to run this country as such. Many of his unorthodox methods have surprised even the experts. Prior to the so-called pandemic, this country was seeing signs of prosperity that have not been around for a long time. The career people and new radicals in congress cannot stand this.

One major feat he has accomplished is for us to honor Israel as a sovereign nation once again. It’s just possible that this has been a part of our being a bit more prosperous these days. God made an eternal commitment to Abraham as recorded in Genesis 12:2-3; “And I will (a promise) make of you a great nation, and I will bless you and make your name great, so that you will be a blessing. (3) I will bless those who bless you, and him who dishonors you, I will curse, and in you all the families of the earth shall be blessed.” Many people fail to realize, these “I Will” promises have not been revoked.

Through Abraham’s seed, this blessing has been passed down through all the ages, and continues today. God never goes back on a promise, and He does not lie. Think about how Israel was treated during our last president’s administration, and see if you can say it was a positive experience. They were treated spitefully, and their sworn enemies were given a gross amount of financial aid.

Donald Trump is far from perfect by any means, but he has shown a respect for God’s Chosen. This was not done in the past several administrations. He was instrumental in having Jerusalem recognized as the true capital of Israel. During the Millennial reign of our Savior, Jerusalem is where Jesus will rule from. There will be a third temple before this; possibly with the approval of the ultimate antichrist. It will be desecrated at the midpoint of the 7-year tribulation.

After the Great White Throne Judgment (Revelation 20:11-15), a new Jerusalem will come down from Heaven where Jesus will rule. (Revelation 21:2-3; 10:27) No amount of satanic activity, such as is taking place today, will be around to stop this. Before the New Jerusalem is on the “new earth”, all evil will be in the Lake of Fire forever. That will include the demons (fallen angels), and all humans who chose satan instead of Jesus; and even satan himself.

In 2 Peter 3:11-13; “Since all these things are thus to be dissolved, what sort of people ought you to be in lives of holiness and Godliness; (12) Waiting for, and hastening the coming of the Day of God; because of which the heavens will be set on fire and dissolved; and the heavenly bodies will melt as they burn. (13) But, according to His promise, we are waiting for new heavens, and a new earth, in which righteousness dwells.”

Never again will there be violent rioting, looting, burning, killing or any kind of such activities. We will be forever with a Loving Father, Son and Holy Spirit. Finally, as the Creator first intended, we will be in new forever bodies, and the same frame of mind as our Savior. As the line of a song states; “Loving God, Loving each other”. This just happens to be the two greatest commandments given by our Savior.

We won’t have to worry about bringing souls to Jesus, as everyone there will already be saved. Just pure worship and praise. Never again having “aging pains”, which I can truly attest to; never again having to say “goodbye” to others due to death. No More Election Hype!

By the way, God already knows how all this is going to turn out. Anyone who puts their faith in a human to rule this earth isn’t looking in the right place. Our Father in the true ruler; the rest are just administrators, whether good or evil. His word will be final.

If the Rapture has not taken place by election time, it will be the duty of all eligible voters to cast an “honest” ballot for the candidate of their choice. When doing so, everyone needs to consider what each and every candidate represents. None are perfect, however, the way we vote signifies which “leader” we are following. If the candidates are those who would not be ashamed to have Jesus in their presence, that would be a good indicator of a positive trait.

On the other hand, if the candidate is pro LGBT and all the other letters; pro-abortion up to the moment of birth; anti-Israel; anti-anything that would represent Jesus; then it is safe to say they are actually pro-satan. It’s Jesus or satan – no third option exists.

The humans are a mirror image of who they actually represent. Of course, being pro-Jesus does not mean the person is a saint and sinless. Romans 3:23 shoots this concept down. However, if they show that John 14:6 is in their lives; “Jesus said I am the Way, the Truth, and the Life; no one comes to the Father except through Me.”; then they would be a worthy candidate.

Sadly, people are turning away from anything that is truly biblical to follow the “Me” movement. As long as they’re entertained, and have their egos stroked, they will believe the false prophets, and believe there’s many ways to heaven without Jesus. Jesus said this would be happening just before His return.

Along with John 14:6, how about Acts 4:12; “And there is salvation in no one else; for there is no other name under heaven given among men by which we must be saved.”

We already know that the radical left is going to do everything they can to keep our current president from remaining in office. As believers, we need to be in prayer, if we’re here, that the Father be in total control of the election. It may not turn out as we hope, but know that God has an ultimate plan no matter what man does. All the signs are here at the same time for the first time ever for the Rapture to take place. It could be at any minute.

Most important question; are you ready? All who truly call on the Lord will be saved. Please read Acts 2:21 and Romans 10:9-13. For those who reject Jesus, the only pathway is ultimately into the Lake of Fire. We are not guaranteed that we will finish out this day, much less be here tomorrow. Call on the Savior now; it could be the best eternal decision you ever make. It’s yours to do; no one can call out for you. He’s waiting to hear from you.