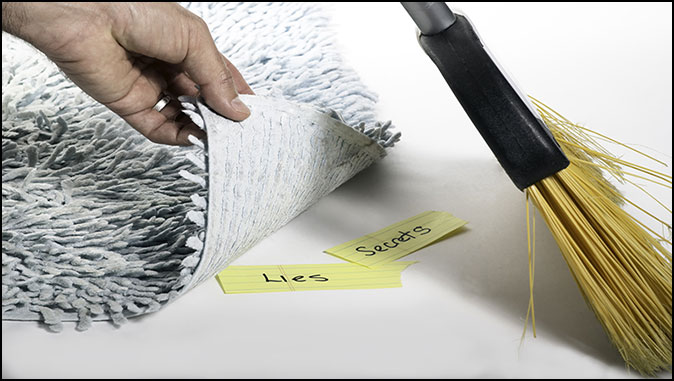 What Do You Hide in the Temple?
By Nathele Graham

Ezekiel was a prophet of God and he had very active prophetic revelations. Instead of just seeing a vision or hearing the voice of God, Ezekiel became a part of the prophecy. His vision of the dry bones, recorded in Ezekiel chapter 37, is one of the eeriest prophecies in Scripture. We see the dry bones coming together today as we watch the nation of Israel coming together as the Jewish people are returning to their God-given land. It isn’t eerie to see it happening, but is a reason to praise God for giving us prophecy in Scripture so we can understand current events as the fulfill Biblical prophecy.

In Ezekiel chapter 8, Ezekiel was in his home and “the elders of Judah” were there. Then he saw a being stand before him “And he put forth the form of an hand, and took me by a lock of mine head; and the spirit lifted me up between the earth and the heaven, and brought me in the visions of God to Jerusalem, to the door of the inner gate that looketh toward the north; where was the seat of the image of jealousy which provoketh to jealousy.” Ezekiel 8:3. Ezekiel saw “an image of jealousy” in the temple grounds. This image was allowed by the priests, those who should have only served God, and God wasn’t pleased with what they allowed in the temple. “Thou shalt have no other gods before me.” Exodus 20:3. Anything that’s worshipped in place of God Almighty, or is first in our life, is an abomination. There was more to this vision and Ezekiel was shown more evils. “He said furthermore unto me, Son of man, seest thou what they do? Even the great abominations that the house of Israel committeth here, that I should go far off from my sanctuary? But turn thee yet again, and thou shalt see greater abominations.” Ezekiel 8:6. The things he was shown just kept getting worse. He was shown a hole in the wall and told to dig. So, Ezekiel dug until he came to a door and was told to enter. “So I went in and saw; and behold every form of creeping things, and abominable beasts, and all the idols of the house of Israel, pourtrayed upon the wall round about.” Ezekiel 8:10. The things he saw would make my skin crawl, as should any idolatry which is brought into the house of the Lord. He saw elders in the temple who looked pious, but he was shown the chambers of imagery…what went on inside their minds. “Then said unto me, Son of man, hast thou seen what the ancients of the house of Israel do in the dark, every man in the chambers of his imagery? For they say, The LORD seeth us not; the LORD hath forsaken the earth.” Ezekiel 8:12 These men put on a public show as upstanding leaders, but in the darkness of their thoughts they didn’t fear God nor honor Him. This is a lesson for us today. The religious leaders had abandoned God because they said He wouldn’t see what they did and they justified their sin by saying God had forsaken the earth. The fact that Ezekiel was shown this abomination is evidence that God was well aware of what was going on and hadn’t forsaken them. They had forsaken God. “Draw nigh to God, and he will draw nigh to you. Cleanse your hands, ye sinners; and purify your hearts, ye double minded.” James 4:8. People seem to think we can sin all we want, and God should bless us anyway. Our world today is wallowing deep in sin, but we still want God’s blessing as we turn farther away from Him.

There was more to this vision, but let’s talk about the temple. Are we off the hook for idolatry because there is no temple in Jerusalem? “Know ye not that ye are the temple of God, and that the Spirit of God dwelleth in you? If any man defile the temple of God, him shall God destroy; for the temple of God is holy, which temple ye are.” 1 Corinthians 3:16-17. When you accept Christ for salvation, your sins are forgiven. The Holy Spirit indwells you and, as Paul wrote to the Christians in Corinth, we are now the temple of God. Corinth was a city filled with sin and the abominations of the pagan world were being accepted by the congregation in Corinth. Just as God saw the abominations happening in the temple in Jerusalem, He sees the abominations we try to hide in our own life. It’s easy to justify sin when we ignore God’s word and put other gods before Him. One sin leads to another, and it’s a slippery slope that leads to our downfall. Our sins have been forgiven, but there are still consequences for sin. If you rob a bank, you still need to go to jail. We can usually justify our own sin, but condemn others for theirs. “Who can understand his errors? Cleanse thou me from secret faults. Keep back Thy servant also from presumptuous sins; let them not have dominion over me. Then shall I be upright, and I shall be innocent from the great transgression. Let the words of my mouth and the meditation of my heart be acceptable in Your sight, O LORD, my strength and my Redeemer.” Psalm 19:12-14. Presumptuous sins are those of pride. It was pride that caused Satan to fall. He wanted to be like God. When we start hiding sin in the temple that is our body and mind, we can pridefully believe that God won’t see our sin and that He doesn’t really care. God does see and He does care. He cared enough to give His life for our salvation. Be careful what you hide in the temple.

Most people can see that the evil in this world has risen to unimaginable levels. Has God forsaken us? No, He hasn’t. Have we forsaken Him? It seems as if we have. Christians keep silent as public schools teach all kinds of sinful ideas of gender choice, racial intolerance, wrong history, and many teachers live in fear that the one true God will be mentioned in a classroom. If you’re a Christian and this is all OK with you, then you have a lot that you’re hiding in the temple of your heart The next time your children sit through story time with a transgender storyteller, read through the first chapter of Romans and see what happens when God is not honored. “Professing themselves to be wise, they became fools, and changed the glory of the uncorruptible God into an image made like to corruptible man, and to birds, and fourfooted beasts, and creeping things.” Romans 1:22-23. Sounds a bit like the hidden things that Ezekiel was shown. When God isn’t honored, all manner of sin is accepted, and we see that sin at center stage today. If you’re a Christian and hold God’s plan for marriage as truth, but think it’s just an individual choice or “people are born that way”, then you’re hiding sin in the temple. You know God’s truth but find sin acceptable “Who knowing the judgment of God, that they which commit such things are worthy of death, not only do the same, but have pleasure in them that do them.” Romans 1:32. Read the full chapter to see what God thinks of lifestyles today and why you, as a Christian, can’t accept this sin.

We all need to be careful of acting pious but having thoughts that are contrary to a Christian lifestyle. For instance, the Ten Commandments tell us not to commit adultery, but Jesus said that even looking at a woman with lust is adultery. “Ye have heard that it was said by them of old time, Thou shalt not commit adultery: but I say unto you, That whosoever looketh on a woman to lust after her hath committed adultery with her already in his heart.” Matthew 5:27-28. What movies do you watch, what websites do you visit, and what music do you hear? Those wicked thoughts are hidden in the “chambers of imagery”, but are they really hidden? God knows your thoughts. If your thoughts are filled with lust, anger, and pride, then it’s time to draw closer to God in thoughts, words, and deeds. Make God’s word part of you.

Clean out the clutter of idols in your heart. Don’t provoke God to jealousy by trying to hide sin in the temple of your heart. “And be not conformed to this world: but be ye transformed by the renewing of your mind, that ye may prove what is that good, and acceptable, and perfect, will of God.” Romans 12:2.

When Will He Come For Us?

When Will He Come For Us? By Nathele Graham If you are reading this, you…

The Broad Path to Destruction

The Broad Path to Destruction By Nathele Graham “Enter ye in at the strait gate:…