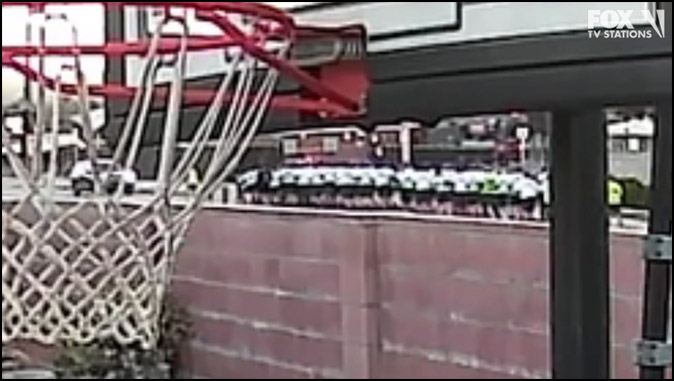 Even discounting the ballot harvesting and stuffing, this is what a lot of people in L.A. voted for.

The saga involving the 22-year-old driver accused of plowing into 25 law enforcement recruits from various agencies across Los Angeles County with a Honda CR-V while driving the wrong way in Whittier continues to take bizarre turns.

The Los Angeles County Sheriff’s Department confirmed Nicholas Joseph Gutierrez is back on the streets after being released from custody just before 10 p.m. Thursday. The announcement comes hours after Gutierrez was taken into custody and arrested for the attempted murder of peace officer(s) and may have been under the influence of a recreational drug when the crash occurred.

According to LA County Sheriff Alex Villanueva, the investigations left authorities believing that the crash was intentional.

“They did a thorough investigation. They interviewed dozens and dozens of witnesses and victims,” Villanueva said, regarding the crash believed to be done intentionally. “That was the conclusion.”

In spite of Villanueva’s conclusion, LASD – who is working with the California Highway Patrol on the investigations – said the “extreme complexity” of the investigation left authorities needing to get more evidence, thus releasing the 22-year-old suspect.

Villanueva was recently ousted in favor of the woke Luna. That will help make crime much worse and protect corruption at the highest levels.

Public safety is a dead end and law enforcement personnel can’t expect anything more either.