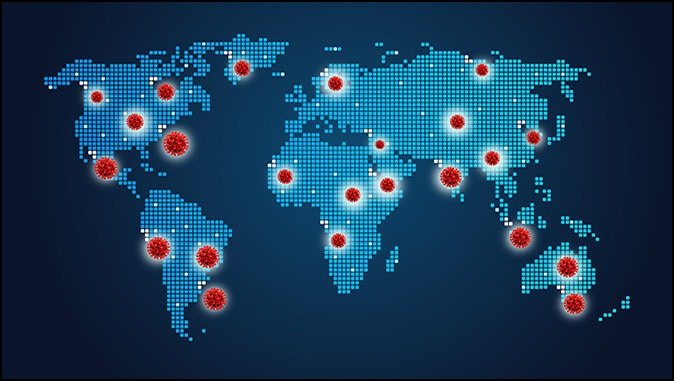 None of the people locking us in our homes and out of our churches have to wonder where their next paycheck is coming from. Yet without batting an eye or showing an ounce of compassion, they have thrown 36.8 million Americans out of work. And they seem determined to keep us unemployed. They are already stoking panic over a possible resurgence of the Chinese virus in the fall, to keep schools locked down and people in a state of hysterical fear.

Mayor Bill DeBlasio of New York is determined to send his shock troops into the breach by physically pulling folks out of the water who just want to take a dip at the beach. Meanwhile, Gov. Pritzker of Illinois is incarcerating his citizens in place while his wife gallivants off to their $2.3 million equestrian ranch in Florida. After returning from Florida, she gallivanted off to their third home in Wisconsin. “Leavenworth for you but not for me” seems to be the motto.

When churches have done their Lexington and Concord thing and defied tyrannical, anti-Christ edicts from their regressive governors they have won virtually every showdown in court. They have been granted victory after victory by judges who have a working familiarity with the First Amendment of the Constitution, a document of which our governors seem to have an abysmal ignorance.

One thousand pastors in California will gather with their parishioners and with their God this Sunday, in plain defiance of Gov. Gavin Newsom who has yet to see a dictatorial but unconstitutional edict he is unwilling to impose on his hapless and helpless citizens. But as Attorney General Bill Barr has pointedly pointed out, there is no “pandemic” exception to the Bill of Rights. It is an “inalienable” right from the Creator, which means no governor can take it away, flu bug or no.

Hydroxychloroquine (HCQ) was the one drug that could have stopped all this wasted life and all these needless deaths and kept our country running full blast. But it was slimed by Dr. Fauci and only used at all because President Trump sang its virtues and the FDA authorized its off-label use for coronavirus. But thanks to Dr. Fauci and others in the medical establishment it was restricted exclusively to patients who were so sick they had to be hospitalized. It was too late for most of them, and then the drug itself was impugned, despite the fact that research clearly indicated it was most effective when used at the first sign of symptoms.

Some studies under the direction of Dr. Fauci and other Deep Staters seem programmed to deliberately sabotage clinical trials of HCQ, forcing researchers not to use it until late in the game. CDC and NIH research since 2005 indicated it would not work well at late stages of the disease.

But when used with zinc within the first week of symptoms, HCQ can keep the virus from invading a body’s cells and taking them over. But waiting until you’re in ICU, Dr. Elizabeth Lee Vliet says, “is like installing home locks and an alarm system after burglars have invaded, vandalized your home, and stolen all your valuables.”

Despite Dr. Fauci’s condescending dismissal of HCQ, South Korea, India, Turkey, Brazil, Israel, Costa Rica, and Australia have all successfully used HCQ early on with good results. The effectiveness of HCQ is not just “anecdotal,” as Dr. Fauci would have you believe.

Then Rick Bright, who is not a doctor but rather an FDA bureaucrat appointed by Barack Obama, took credit for totally squashing the use of HCQ. He was proud of the fact that he did so in direct disregard of Alex Azar (Secretary of Health and Human Services) Admiral Giroir (in charge of the Public Health Service), and the President of the United States. You pull a stunt like that, you can hardly complain when the president punches your ticket. Bright promoted remdesivir instead of HCQ, a drug that has numerous side effects including kidney and liver damage.

In other countries, early use of HCQ, according to Dr. Vliet, “is changing the life-and-death equation by reducing severity and spread of illness, greatly reducing the need for hospitalization and ventilators and markedly reducing deaths.”

But thanks to Dr. Fauci and the unctuous and heartless Dr. Bright we will never know how many diseased lives could have been saved by hydroxychloroquine. Both Dr. Fauci and Dr. Bright have a lot to answer for. And one day they will.