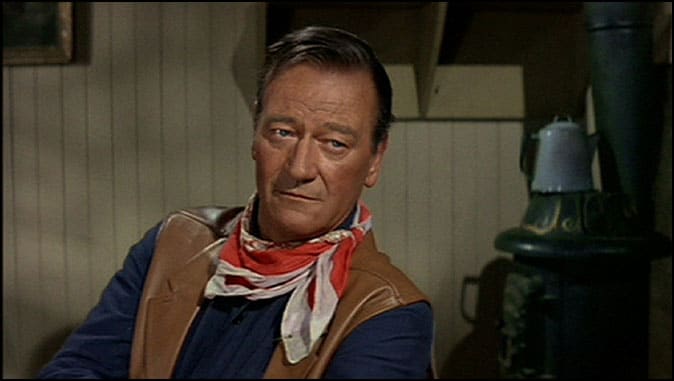 Cancel Culture is Upon Us
By Micah Clark

Democrats in California have passed a resolution to tear down a statue of John Wayne and to remove his name from the airport where it stands. The reason they say that they are doing this stems from a 1971 interview Wayne gave in which he was asked about white supremacy. (I believe they dislike John Wayne because he truly loved America.) His answer was unclear. It seemed to me he was trying to say if differing groups want to be supreme, they need to act that way. It was not a good answer, but it was just words.

No one condemning Wayne has seemed to notice that his actions betray what he may, or may not, have meant to say 50 years ago. John Wayne had three wives during his life. All three were of Mexican descent. His family adamantly insists that he never mistreated anyone due to race. The Duke wasn’t much of a white supremacist in his daily life, but having said the right politically correct words is all that matters today…Just ask Mike Pence.

Over the weekend the Vice President stood strong in refusing to repeat the slogan “Black Lives Matter” during an appearance on CBS’ Face the Nation. When pressed to say what the left wants, instead Pence said:

“All my life, I’ve been inspired by the example of the reverend Dr. Martin Luther King, Jr…I cherish the progress that we have made towards a more perfect union for African-Americans throughout our history…And as a pro-life American, I also believe that all life matters, born and unborn.

“I really believe that all lives matter, and that’s where the heart of the American people lies.”

I would caution people not to post the Black Lives Matter slogan. Everyone knows and supports the words, but not the connotations it carries. It is the same reason why I would not encourage people to say, “every child a wanted child.” Should all children be loved and wanted? Yes, of course! But that is a slogan of the abortion industry which has worked to kill millions of babies under the banner of that compassionate sounding slogan.

While black lives certainly matter, the organization supports the disproportionate killing of black unborn babies, the destruction of the traditional family, and the radical LGBT agenda, and it holds racist views toward Jews and Israel.

The Real Reason for School Violence

The Real Reason for School Violence By Dr. David Reagan Why have our schools become…

Pro-Life Until Natural Death By Hayden Sledge As medical technology evolves, doctors have been able…