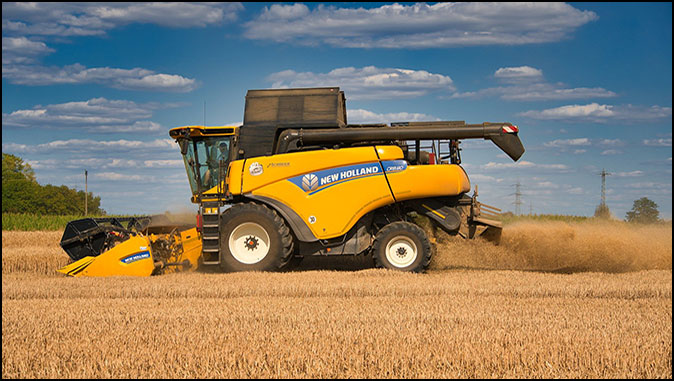 ONE, most of us have seen articles discouraging the use of Hydroxychloroquine for the Coronavirus even though it is readily available and not very expensive.

A reader sent me an e-mail that says the following:

Don’t forget that some of these people are on record as wanting to identify, number, tattoo, vaccinate and track everyone or earth, and they want to deny the right to hold a job or go out of one’s house to those that refuse to cooperate.

Also, this may explain why doctors and others are being censored and fired for promoting Hydroxychloroquine.

TWO, on Aug. 2, 2020, it was reported that the U.S. government and Yale University are working together on ways to convince U.S. citizens to take the Coronavirus vaccine.

They are getting ready to indoctrinate the public one way or another.

I am repeating myself, but there are new readers every week; the Church won’t be here for the Mark of the Beast, but this most surely indicates that time is short.

These professors suggested that COVID-19 vaccinations should be our patriotic duty, all objections (religious reasons, personal reasons, etc.) must be denied, those that refuse could be denied some government benefits, their health insurance premiums could be made very expensive, employers could be allowed to deny them a job, their children could be denied enrollment in school, refusers could be denied the use of public transportation (planes, trains, busses, etc.), and denied access to public events.

FOUR, I recently watched a video about the Red Heifer that was made on June 20, 2020.

According to the video, the Temple Institute recently inspected their two oldest red heifers that show no signs of blemish.

They are just under two years old and will be inspected again in the upcoming weeks.

If they continue to qualify, one of them will soon be selected, sacrificed, and the ashes will be gathered and prepared for use to purify those that are selected to rebuild the Temple.

FIVE, on July 25, 2020, it was reported that Russia is steadily taking control of the Golan Heights on Syria’s side of the border.

The Bible teaches that Russia and her allies will come against Israel like a storm (fast, violently, Ezek. 38:9).

Taking control of the Golan Heights in Syria is putting Russia in position for a sudden attack.

This little detail appears to be shaping up, but God cannot be caught by surprise.

“He that keepeth Israel shall neither slumber nor sleep” (Psa. 121:4).

SIX, on July 27, 2020, 3 to 4 members of Hezbollah crossed Israel’s border with Lebanon and traveled several meters inside Israeli territory.

There was an exchange of fire and the attackers retreated into Lebanon.

On Aug. 2, 2020, 4 terrorists crossed Israel’s border with Syria and tried to plant some explosives near the border fence.

Israel spotted them and attacked, but there were no reports of casualties.

On Aug. 3, 2020, Israel retaliated for the border crossings by striking several Iranian targets in Syria.

At least 15 Iranians were killed, and several weapons storage buildings were destroyed.

Prime Min. Netanyahu said, “We hit a cell and now we hit the dispatchers” (Those that sent them).

On Aug. 4, 2020, there were two massive explosions in Beirut, Lebanon, that killed at least 158 people, wounded perhaps as many as 6,000 people, some people are still missing, and there is widespread destruction in the city.

One expert compared the explosions to a nuclear bomb.

One report said the explosives that were planted near Israel’s border with Syria on Aug. 2, 2020, were made and stored at that site.

Some prophecy teachers say Lebanon cannot admit that explosives were stored at that site because it would be illegal for Lebanon to allow that.

The Bible says no weapon formed against Israel shall prosper (Isa. 54:17).

EIGHT, on Aug. 6, 2020, it was reported that Democratic Portland Mayor Ted Wheeler authorized the police to try to stop the rioting because the riots are inadvertently helping Trump.

He appears to be saying Democrats intended for the riots to hurt Trump, not help him.

It is sad to think that elected officials might be using rioting, looting and injuring of people and police to bring down the President of the U.S.

The order came in response to a suit by Ventura County, Cal., alleging that indoor services could harm the public.

FINALLY, in Matt. 18:19, Jesus said, “Again I say unto you, That if two of you shall agree on earth as touching any thing that they shall ask, it shall be done for them of my Father which is in heaven.”

Pastor Keith Watts asked me to tell people that he is trying to get people to pray this prayer for our nation every day: “Heavenly Father, I pray that you will save millions of souls in America before the Rapture of the Church, in Jesus’ precious and holy name, Amen.”

He wants to start a prayer chain all across the U.S. for the preservation of America and a harvest of souls before the Rapture.

It is harvest time, and prayers for America and souls are badly needed.