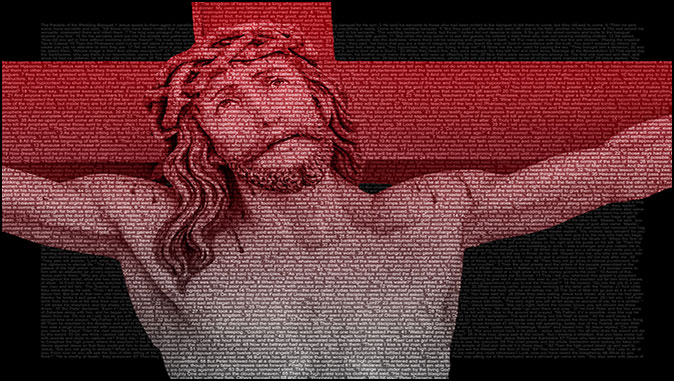 What About those Who’ve Never Heard the Gospel?
By Jack Kelley

A sound biblical answer to an age old question.

This question comes up when I teach about the only path to salvation — Jesus. The Bible says this clearly in John 14:6, where Jesus says, “No one comes to the Father but through Me.”  It doesn’t seem fair to us that anyone would be excluded from the Kingdom simply because they never got a chance to hear about Jesus. Right on the heel of that question comes, “And what about the mentally handicapped who can’t understand the need for salvation? Are they condemned?” Let’s handle both of these questions once and for all.

Are You Out There God?

First, those who have never heard. In Romans 1:20 the baseline is clearly established. Anyone able to look upon the creation is expected to understand that it couldn’t have just happened. Someone had to have made it. If our hypothetical person wonders who it could have been, a promise from Matthew will come true. “Everyone who asks receives, everyone who seeks finds, to all who knock, the door is opened” (Matt 7:7-8). The fact that we don’t happen to observe this happening, or even understand how it could have happened is irrelevant. The Lord promises that if you seek Him with all your heart you will find Him (Jer. 29:13). Period.

No one who couldn’t know will be condemned. But everyone is expected to at least know that there is a Creator. Interestingly, they do. Even pagan religions began with the premise that there is a god. How did they learn that? By looking around!

I am persuaded beyond reasonable doubt that once someone seeks Him, (even without knowing Who He is), God will move heaven and earth to reveal Himself to them. And He will reveal Himself sufficiently to permit an informed conclusion on the part of the seeker.  Otherwise, He wouldn’t be just in condemning those who reject Him.  Our God loves each of His children beyond measure and wants none to perish.

In Romans 1, Paul does write of condemnation. Not of those who couldn’t know, but of those who did know and then credited something else.

Now, what about the mentally handicapped? The principle in both these cases, by the way, is that responsibility is a function of privilege — where privilege means exposure to knowledge. The more you’ve been privileged to know, the more responsibility you have, and vice versa. Any limits on understanding serve to moderate the responsibility. The principle called “age of accountability” applies here. I think the reason this age is not clearly specified in the Bible is that it’s an intellectual age, not a chronological one.

Scripture teaches that only the Lord knows the thoughts and intents of the heart. He alone can tell if a person is capable of comprehending His offer of salvation. If so, the person is responsible for acting on it—if not, he’s not. The mentally handicapped are often intellectually immature, and like little children, they just can’t comprehend some things. All children, the Bible tells us, belong to the Lord. From their conception until they’re intellectually mature enough to comprehend and choose, they’re His. If they never reach that time, they are always His. Period.

Paul writes, “Once I was alive apart from the law, but when the commandment came, sin sprang to life and I died.” (Rom 7:9) He’s talking about belonging to the Lord as a child. When he reached the age of accountability, he became an adult. His “born saved” status expired and he had to consciously renew it (be born again) or be lost. Had he never gained the mental ability to comprehend this, he would never have lost his original status.

Consider the Bar Mitzvah, where a Jewish boy enters manhood and demonstrates his intellectual capability. At the ceremony, his father prays, “Lord thank you for giving me this son and thank you now for relieving me of any further responsibility for him.” The boy is released from his father’s care and now becomes responsible for his own life as a man. Could this be one of the many examples of Jewish tradition illuminating God’s law?

Yes, God is love.  But He’s also just and fair, and a ton of other qualities that make Him God. And because of this, He can’t be arbitrary or capricious. This means He can’t express any one of His qualities at the expense of any other. For instance, He had to die for us because He can’t just be love without also being just. His justice restrained Him from loving us as fully as He longed to because it required that someone first pay the penalty for our sins. We couldn’t, so He did, and in meeting the requirements of His justice he offered the greatest expression of His love. Love and Justice both satisfied.

If you’ve ever had an opportunity to hear His Gospel and are intellectually capable of understanding it, then you are responsible for accepting or rejecting it. That’s fair.