I Am The LORD; That Is My Name!
A Bible Study by Jack Kelley

“I am the LORD; that is my name! I will not give my glory to another or my praise to idols. See, the former things have taken place, and new things I declare; before they spring into being I announce them to you.” (Isaiah 42:8-9)

Since gracethrufaith.com is a world wide ministry, reaching into places with diverse religious traditions, I get emails from time to time asking how to respond to those who want to know why Christians believe the God of the Bible is the one and only God. 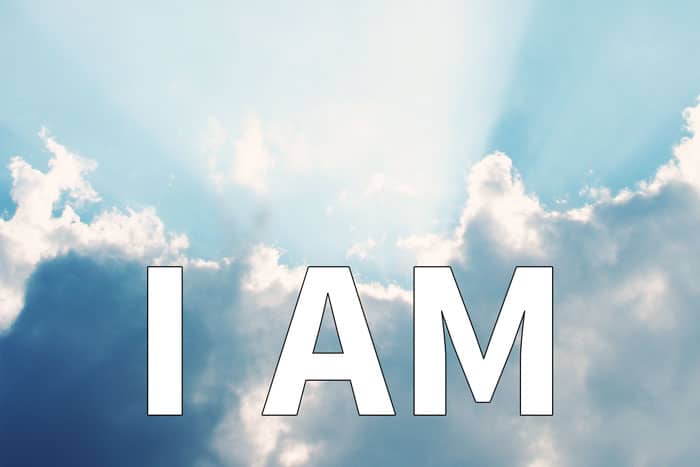 The answer to that and a number of other questions can be found in a portion of the Book of Isaiah that is packed with more information about God than just about any other place in the Bible. It begins in chapter 41 and runs through chapter 53. Among lots of other things, it lists God’s clearest and most powerful claims to exclusive deity, and tells us how we can authenticate His claims beyond any reasonable doubt.

The Lord began by saying His strongest claim to deity lies in His ability to proclaim the End from the Beginning. We call this predictive prophecy. It’s essentially history written in advance. Let’s read His challenges to the false gods of the nations to demonstrate their ability in this area.

“Present your case,” says the LORD. “Set forth your arguments,” says Jacob’s King. “Bring in your idols to tell us what is going to happen. Tell us what the former things were, so that we may consider them and know their final outcome. Or declare to us the things to come, tell us what the future holds, so we may know that you are gods. (Isaiah 41:21-23)

Here’s a two question test for the other “gods”. Tell us what has happened since the beginning, and then tell us what will happen in the end. From this challenge and God’s declaration in Isaiah 42:8-9 above we can see the answer to our question already. You can prove that God is who He claims to be by comparing the Bible with history and learning how time after time God disclosed to His people things that would happen, things that only someone who knows the end from the beginning could know. But He’s just getting started.

Lead out those who have eyes but are blind, who have ears but are deaf ( a reference to the powerless gods of the nations). All the nations gather together and the peoples assemble. Which of them foretold this and proclaimed to us the former things? Let them bring in their witnesses to prove they were right, so that others may hear and say, “It is true.”

“You are my witnesses,” declares the LORD, “and my servant whom I have chosen, so that you may know and believe me and understand that I am he.

Before me no god was formed, nor will there be one after me. I, even I, am the LORD, and apart from me there is no savior. I have revealed and saved and proclaimed— I, and not some foreign god among you.

The gods of the nations have not demonstrated any foreknowledge of the histories of their people, nor have they revealed anything about the future. In the so-called Holy Books of other religions there’s no reliable record of either. But the people of Israel are God’s witnesses that He has done this over and over again for them, and with unblemished accuracy.

Next the Lord gave these gods another chance to provide evidence to support their claims of deity . Perhaps they do have knowledge of the past and the future but chose not to reveal it to their worshipers.

“This is what the LORD says— Israel’s King and Redeemer, the LORD Almighty: I am the first and I am the last; apart from me there is no God.

Who then is like me? Let him proclaim it. Let him declare and lay out before me what has happened since I established my ancient people, and what is yet to come— yes, let him foretell what will come.” (Isaiah 44:6-7)

As He issued this challenge, God reassured His people

“Do not tremble, do not be afraid. Did I not proclaim this and foretell it long ago? You are my witnesses. Is there any God besides me? No, there is no other Rock; I know not one.” (Isaiah 44:8)

This must be very important to the Lord, because for the third time He declared His deity in terms that are unmistakably clear. The only ones who can’t understand this are those who choose to remain ignorant.

For this is what the LORD says— he who created the heavens, he is God; he who fashioned and made the earth, he founded it; he did not create it to be empty, but formed it to be inhabited— he says:

“I am the LORD, and there is no other. I have not spoken in secret, from somewhere in a land of darkness; I have not said to Jacob’s descendants, ‘Seek me in vain.’ I, the LORD, speak the truth; I declare what is right.

“Gather together and come; assemble, you fugitives from the nations. Ignorant are those who carry about idols of wood, who pray to gods that cannot save.

Declare what is to be, present it— let them take counsel together. Who foretold this long ago, who declared it from the distant past? Was it not I, the LORD? And there is no God apart from me, a righteous God and a Savior; there is none but me.

The phrase “I am the Lord and there is no other” appears four times chapter 45 alone. (Isaiah 45:5, 45:6, 45:18, 45:22) Four is often considered to be the number of Earth because by the end of the fourth day of Creation the Earth was finished. (Days five and six are devoted to populating it.) There is no God on Earth but the Lord our God.

Having put the false gods of the nations on trial for our benefit, it now becomes clear that He’s turned His attention to His people.

“I foretold the former things long ago, my mouth announced them and I made them known; then suddenly I acted, and they came to pass. For I knew how stubborn you were; the sinews of your neck were iron, your forehead was bronze. Therefore I told you these things long ago; before they happened I announced them to you so that you could not say, ‘My idols did them; my wooden image and metal god ordained them.’ You have heard these things; look at them all. Will you not admit them?” (Isaiah 48:3-6a)

Here the Lord left no doubt that the main reason He disclosed things in advance is He knew how stubborn and resistant to belief we are. By revealing them in advance, He made it impossible for us to say someone else made these things happen.

There are lots of other things the Lord had Isaiah say in chapters 41-53, such as His repetitive claims to have been Earth’s sole Creator, His purpose in choosing Israel, and the mission of the Messiah. But His one overarching message to us is this. If you want proof that God is who He claims to be, study Old Testament prophecy and compare it to history. You’ll come away with an unshakeable foundation for your faith. No other deity can survive this test.

Don’t ask me or someone else to do this for you. It’s like the manna in the wilderness, that everyone had to gather for themselves. There are plenty of ways to go about it. For example there are over 100 historically proven prophecies in the first 35 verses of Daniel 11 alone. But perhaps the easiest approach is to take a handful of the things you know about the life of Jesus and see if you can find an Old Testament prophecy to match them.

For example, according to Matt. 2:1 Jesus was born in Bethlehem. Was there a prophecy to that effect? Yes. It’s found in Micah 5:2, written 750 years before the fact. Luke 1:31-34 says He was born of a virgin.  Was that foretold? Yes, it’s in Isaiah 7:14, also written over 700 years in advance.  Mark 15:22-24 say Jesus was crucified. Is there an Old Testament prophecy for that? Yes. Psalm 22 actually begins with words the Lord spoke from the cross, verse 16 speaks of them piercing His hands and feet, and verse 18 says the soldiers cast lots for His clothing. It was written about 1,000 years before the event.  How about His betrayal for 30 pieces of silver, which the priests then used to buy a burial ground for the poor from a man who made his living as a potter. This is recorded in Matt. 26:14-15 and Matt. 27:3-7.  Was it prophesied as well?  Yes again.  You’ll find it in Zechariah 11:12-14 written about 450 BC.

There are 300 more of these so keep going until you’re convinced. As you do this, remember that the Old Testament was completed over 400 years before the Lord was born, and its authenticity can be verified beyond question. In less time than you spent in High School studying for a final exam you no longer remember, you can prove beyond any doubt that God is who He claims to be and there’s none like Him. You will also come away convinced that the things He has said about the future are just as certain as those He said about the past.

One of the signs of the times in which we live is you can’t believe anything you hear about what’s going on in the world. It’s comforting to know that there is still one place you can go to find the truth. Selah.

And All These Things Will Be Given To You As Well

Are We Good or What? By Jack Kelley How good are we… really? Well ……

Is Light Slowing Down?

Is Light Slowing Down? By Chuck Missler In earlier articles, we discussed the nature of…