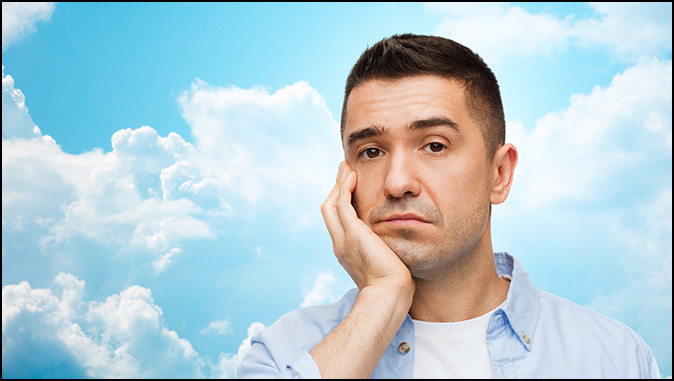 Will Heaven Be Boring?
By Grant Phillips

First of all, we will not be lying on a cloud playing a harp, period. That erroneous concept has come from movies, television shows, commercials, and even comedic jokes. Secondly, we will be worshipping the Lord Jesus Christ, but we will be doing so because we will be so grateful and in awe of Him as God. We will want to worship Him, but that is not all we will do.

When thinking of God, we need to look around us at His creation and consider how diverse it is. Most of us don’t appreciate what is around us, maybe because we see it every day and don’t really give it much thought. Allow me to offer just a few points to consider.

Not everyone likes their steak rare, or well-done. Not everyone likes steak for that matter. Even a salad can be prepared many different ways. I personally believe that many of our likes and dislikes will change, but should there not remain some diversity? Most certainly.

What about people? There may be similarities in looks but none are exactly the same. As human beings, we also do not have the same likes and dislikes. Some folks love music while some do not. Some enjoy sports but others do not. Some like to climb mountains while others prefer swimming. Some prefer to swim in the ocean, while others prefer to just sit on the beach and watch the waves while enjoying the warm sun.

Not everyone worships the same way. Some are quiet and laid back while others are more boisterous. Will the Lord change our personalities so that we are as mere zombies? Of course not.

Have you ever looked at pictures of outer space and seen how beautiful it is? Did you notice how God made the planets, stars, galaxies, etc. all “different” from each other?

My point in all this is that God’s creation, including people, is so varied, nothing could ever be boring, because nothing is exactly the same.

Paul went on to say in Philippians 1:19ff that his desire was to be in Heaven with the Lord. Would he have felt that way if Heaven is a “black and white” world compared to our world of color? Speaking of color, I believe colors will be more vivid and varied than we can presently imagine.

God has given us all special gifts and talents. Why would He change that? Don’t you think we would actually be involved in what He has gifted us with to serve Him?

Lest we forget, there will be no aches and pains, no need for doctors and hospitals. There will be no hatred, jealousy, greed or selfishness. In other words, there will be no sin and none of anything that comes from sin. We will all truly love each other with a love we cannot currently fathom.

The glory of Heaven is so beyond our puny minds, but the greatest of all is that we will be with Jesus, face to face. The very One who has created all we know and much more we do not know, has provided an eternity for us who know Him, that will not be boring. To the contrary, we will busy in many different ways, joyfully serving Him.

I believe we will see Jesus as the Son of man when He came in His first advent and also as the Son of God as He will show the world in His second coming. In other words, we will see Him as He is…God. Can any of us imagine seeing our holy God face to face?

Anyone who will be honest in their reply, cannot look around them at this present world and believe there is no God. Nor could they think for a moment that His grandeur is limited by our vision of Him or His creation. The greatest wonder of Heaven however isn’t the creation, but the Creator, the Savior of all who come to Him in true repentance.

“But as it is written: “Eye has not seen, nor ear heard, Nor have entered into the heart of man The things which God has prepared for those who love Him.” (1 Corinthians 2:9)

Contending for the Faith in a Post-Truth Culture