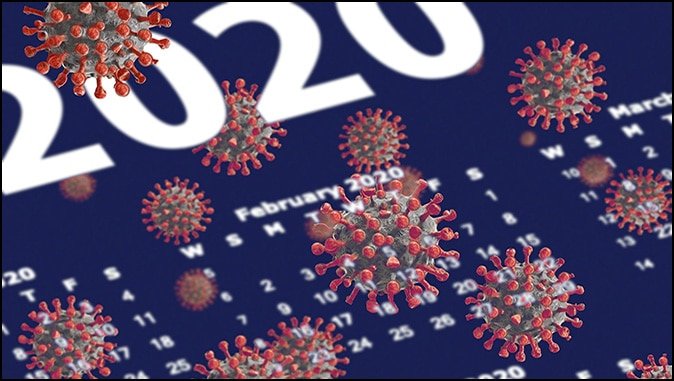 The words from the Andrew Peterson song (popularized by Chris Tomlin) run through my head as I hear my pastor remark about the brokenness in the world. I sit in Church, grateful to be surrounded by my brothers and sisters, even as we followed precautions. “No handshaking…wear a mask…keep the rows of seats separated.” We’re still in the shadow of COVID-19, and these requirements which would have seemed absurd three months ago are just part of the deal if we’re going to meet.

Sitting to my right is a man who was unemployed as a result of economic fallout. Behind me, another man who was laid off in a situation with ramifications which affect me and my family. The topic is sensitive.

This particular Sunday arrived at the end of a tragic week. A man had died in an encounter with the police on Monday, and the event rocked our nation to the core. Riots ensue, in the streets, windows and hearts are broken, and the innocent are condemned along with the guilty in acts of senseless violence. Elsewhere, peaceful protests occur, and on social media, a storm of accusations and misconstructions rages between friends and family.

2020, thus far, has been heavy. I haven’t even gotten into the election, which is sure to bring further division and slander across the whole political spectrum. In the midst of it, Christians’ hearts are crying out the most. We are desperate to speak clarity into the racial unrest, and we long to strike the right balance between obeying Christ’s instructions to gather in his name and be sensitive to the dangers of Coronavirus.

The problem is, even believers are coming from a variety of contexts and have a complex array of concerns that define how they look at things. We know that people are suffering under extreme government restrictions in some states, but we don’t want to discount the reasons quarantines were instated in the first place. We hate racial injustice, but also think our outrage and compassion should include the most vulnerable who were affected by the ensuing riots. We fall on different sides, but we know the limitations of our understanding and the sinfulness of our hearts.

We’re tempted to think, to paraphrase Jesus, “Let him who is without sin…come and take the microphone and say the right, most balanced thing.” But then we would all be silent, and that would be disobedient. So we speak, and in a world where sin is responded to by sin so often, we ask, “Is anyone worthy?”

Rewind to the vision in Revelation on which that Andrew Peterson song is based. John, the author, in his vision wept loudly (Revelation 5:4) because no one on heaven or earth was found who was worthy to open the scroll and break its seals. This is not an isolated incident, but a reflection of a reality we see in the world all around us: there is no one worthy, from the highest and purest to the lowest and basest.

In John’s vision, he is instructed to look at “The Lion of the Tribe of Judah, the Root of David” who “has conquered, so that HE can open the scroll and its seven seals” (Revelation 5:5).

In other words, there is one who is worthy, who has conquered. Revelation seems to forget immediately that this conqueror is a “Lion” because John describes seeing “a Lamb standing, as though it had been slain…” To this Lamb, all of the voices in heaven sing,

“Worthy is the Lamb who was slain, to receive power and wealth and wisdom and might and honor and glory and blessing.” (vs. 12).

So who is it, who alone is truly worthy? Is He a conquering Lion, or a slain Lamb? Is He a kind Savior, or a righteous Judge? Is He holy God, or pure man? The emphatic answer to these questions is yes. It is Jesus who punishes the wicked, and weeps with those who weep; it is Jesus who knew no sin, but became sin for us; it is Jesus who was wrongly tortured by evil men, and Jesus who will cause wicked men to run and call for the rocks to fall on them to hide them from His gaze. It is Jesus who died, and Jesus who conquered death and lives forever.

Here in 2020, we desperately need to remember that the Lion and the Lamb will one day wipe away all the tears from our eyes. When we see death, we must remember that death will be no more; “neither shall there be mourning, nor crying, nor pain anymore, for the former things [will] pass away” (Revelation 21:4). We can have hope when everything seems hopeless.

No Greater Love By Dr. Jerry Newcombe One of the greatest themes in art, literature,…

God’s Word at Work and on Display

God's Word at Work and on Display By Joseph Parker Hear, O Israel: The Lord…

Created for Order By Dr. John Neihof Do you remember forming a club when you…

Are We Hedging Our Bets?

Are We Hedging Our Bets? By Jack Kelley It was the clearest message the Lord…

God’s Wisdom for Your Every Need

God's Wisdom for Your Every Need By Adrian Rogers Congratulations—you’ve been given a present! It’s…