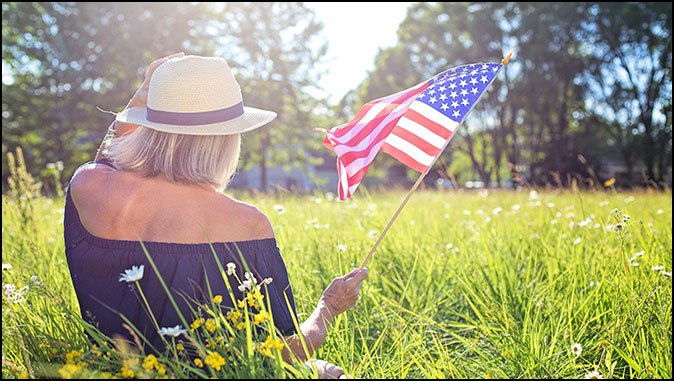 Where We Come From, and How We Get Back
By Maddie King

As Independence Day draws closer, it is a good opportunity to remember how our country first started. We started as an immigrant nation trying to find peace from a horrible tyrant. We had to fight for our beliefs and freedom. The wars would last years, but the outcome was well worth it. On July 4, 1776, our nation declared its freedom from England and signed the Declaration of Independence. This country was founded on Christian beliefs, but only 244 years later we have strayed so far from where we first started.

In today’s society, the mere mention of God or the Bible in a public school setting is frowned upon. Yes, we are still able to have the Fellowship of Chrisitan Athletes (FCA) in our schools and it is truly great to have, but the way some authorities treat religion overall is disconcerting.

Christian beliefs are often challenged by society. Today, individuals are reprimanded if they do not validate homosexuality and transgenderism. As Christians, we cannot be at peace with lifestyles that are destructive to those living them and are contrary to God’s word. “So God created man in his own image, in the image of God created him; male and female created them” (Genesis 1:27). However, the world around us madly embraces these things in the name of “equality”.

When it comes to being able to worship freely, we’ve maintained this liberty…more or less. Because of recent concerns about Coronavirus, some churches still have not been given the all-clear to resume public services. Even when businesses were allowed to continue for being essential, the government deemed the church as non-essential. In one such case, there was a church where all the members were parked in the church parking lot listening to the pastor. Every person was in their car listening over their phones with the car windows rolled up. Sadly, everyone who was there was fined for not “social-distancing”.

Since the start of this amazing nation, no matter how many battles and wars have raged, we have always come together and stuck by our beliefs. However, sometimes it is hard to see a future in which these beliefs are not challenged one way or another. As a society, we have put the happiness of individuals over rationality and fact.

What this nation needs is a revival to turn back to God. As Christians, we should be speaking out in these hard times instead of staying silent. When our Founding Fathers faced challenges, did they stay silent? No. Instead, they stood up for what they believed in and created a nation founded on the Word of God. We can be that country once more through prayer and standing together. Let us make our home a godlier place than it ever was.

Outside My Window By Dr. Mike Murphy As I look outside my window, I see…