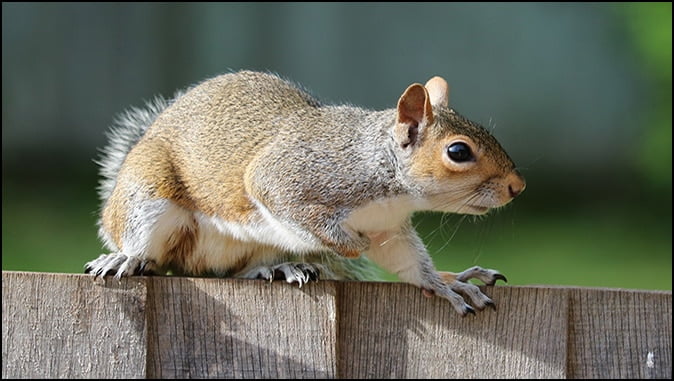 What Shall I Do?
By Grant Phillips

How many of us are like the little fellow in the picture above? (Was supposed to be a picture of a squirrel straddling a fence.) We don’t want to ‘make any waves.’ We don’t want to offend anyone. We want to be accepted by all, and we want to follow Christ. We don’t do anything that would put us in a negative light. So we compromise. To ‘compromise’ is just a socially acceptable way of ‘straddling the fence.’

To compromise sounds so honorable. It scratches our itch and makes us feel so good about ourselves. Shouldn’t we all compromise and just try to get along?

Compromising is fine for children who are being taught to share. It is fine for employers and unions who are working at reaching an agreement. It is fine in other instances, but there are some things in life that just cannot be compromised. For example: the loyalty of a married couple to stay faithful to each other; the loyalty of a friend to not repeat what has been told confidentiality, etc.

The greatest issues come with our relationship to God, if we are His child. Jesus makes it very clear.

“No one can serve two masters; for either he will hate the one and love the other, or else he will be loyal to the one and despise the other. You cannot serve God and mammon.” (Matthew 6:24)

“He who is not with Me is against Me, and he who does not gather with Me scatters abroad.” (Matthew 12:30)

The word “mammon” in Matthew 6:24 refers to riches, specifically money, but anything else can apply. We could say: You cannot serve God and a job, politics, entertainment, pleasure, education, etc., etc.

How often do Christians straddle the fence in our family life, at the job, and even at church? I once had a good friend (he’s with the Lord now) who always went with the crowd on anything at the church business meeting so as not to offend anyone. Often Christians see things happening in the church that are not in accordance with God’s word, but say nothing. They just straddle the fence. In other words, by straddling the fence they compromise their integrity and their obedience to God.

Maybe on the job someone tells an off-color joke. What do we do? Do we at least walk away, or do we laugh at the joke? A friend may ask us to lie for them to help them get out of a fix. Do we?

Just think how many Christians have acquiesced to society’s demand that homosexuality is okay…not only okay, but approved by God. How many pastors have accepted this lie? How many pastors have turned a blind eye to people living together and not married? For that matter, how many pastors even mention ‘sin’ or ‘hell’ from the pulpit? That’s called straddling the fence folks. They have compromised themselves to Satan’s will and defied the God they SAY they know.

For a good example of straddling the fence, the 21st century church could look in God’s mirror and He would show us Laodicea (Revelation 3:14-22). This is the predominant church of today that has eaten from Satan’s banquet table for so long it has no values left.

“Because you have kept My command to persevere, I also will keep you from the hour of trial which shall come upon the whole world, to test those who dwell on the earth.” (Revelation 3:10)

When I think of straddling the fence I always think of what Joshua said to the people of his day. There was no compromising with Joshua.

“And if it seems evil to you to serve the LORD, choose for yourselves this day whom you will serve, whether the gods which your fathers served that were on the other side of the River, or the gods of the Amorites, in whose land you dwell. But as for me and my house, we will serve the LORD.” (Joshua 24:15)

And let us not forget Elijah. His remarks are one of the clearest in the Bible against fence huggers.

“And Elijah came to all the people, and said, “How long will you falter between two opinions? If the LORD is God, follow Him; but if Baal, follow him.” But the people answered him not a word.” (1 Kings 18:21)

I’ll close with one other example and that is Lot. We all know the story of Lot and his family and how God moved them to safety before He destroyed Sodom, Gomorrah and the surrounding cities. Peter said Lot was a righteous person.

“and delivered righteous Lot, who was oppressed by the filthy conduct of the wicked (for that righteous man, dwelling among them, tormented his righteous soul from day to day by seeing and hearing their lawless deeds)” (2 Peter 2:7-8)

I just want to point out that Lot was a fence hugger and he suffered for it. He obviously compromised many of his Godly beliefs living in Sodom. His wife was so weak in her faith (if she had any) she was turned into a pillar of salt. He lost his home, his sons in law, his wife and later impregnated his two daughters because of his drunkenness. He was still a man of God, but He made some really bad decisions, just like many of us do.

If we choose, we can appoint today to be the day that we no longer hug the fence and compromise what God holds as Truth.

Audience of One By Dr. Matt Ayars President Wesley Biblical Seminary "For am I now…

He's What's Best About Americans By Peter Rosenberger Over the weekend, in Anderson, South Carolina,…

Is God In Total Control Of Everything?

Is God In Total Control Of Everything? By Jack Kelley There’s a theory, only hinted…

Be Still and Know He Is God

Be Still and Know He Is God By Joseph Parker Dir. Outreach & Intercession/ Radio…