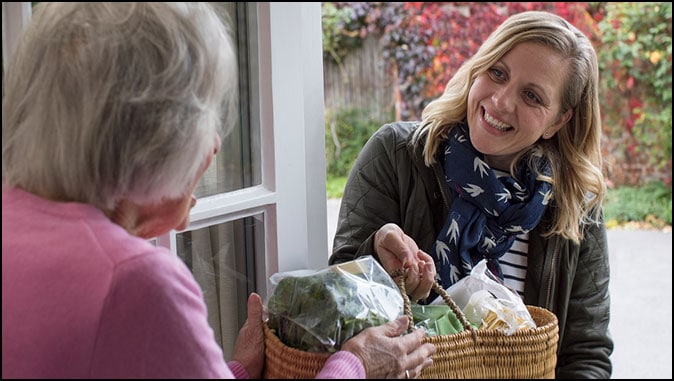 What Does it Mean to be a Christian Citizen?
By Molly Carman

Most people are citizens of someplace, either by birth or by choice, and with citizenship comes certain responsibilities. But what does it mean to be a good citizen? And how should Christians balance their primary allegiance to the kingdom of heaven with their earthly obligations to their communities and countries? This six-part blog series, produced under the direction of David Closson, FRC’s Director of Christian Ethics and Biblical Worldview, aims to explore how Christians can best steward these responsibilities from a biblical worldview. Learn more at FRC.org/worldview.

The present election season is an ideal time to consider how to best steward our citizenship in a manner consistent with our Christian convictions and values.

First, being a good citizen is not dependent on strict government obedience in all things because a government could command you to perform a moral evil. For example, in Nazi Germany, upholding the values and obeying the orders of the regime meant aiding and abetting the attempted extermination of the Jews.

Second, being a good citizen is not dependent on being a Christian or living in a Christian country. This position was tested in 380 AD when Theodosius I declared Christianity the official religion of the Roman Empire. However, coerced conversions are inauthentic. Even in the politically “Christian” Roman Empire, not all citizens were true Christians. Therefore, living in a “Christian” country cannot be a prerequisite for being a good citizen because no exclusively Christian country has ever existed. Furthermore, there are clearly good citizens who are not Christian, and there are Christians who are not good citizens.

In Romans 13, the apostle Paul writes to the church in Rome about honoring and living under governing authority on earth. He says, “Let every person be subject to the governing authorities. For there is no authority except from God, and those that exist have been instituted by God.” In other words, Paul teaches that although we are citizens of heaven, God has placed us here on earth to be ambassadors of Christ. Being a good citizen of the kingdom of heaven involves respecting the authority of those God has placed in positions of power.

In one of his letters, the apostle Peter tells Christians in exile to, “Be subject for the Lord’s sake to every human institution, whether it be to the emperor as supreme, or to governors as sent by him to punish those who do evil and to praise those who do good. For this is the will of God, that by doing good you should put to silence the ignorance of foolish people, live as people who are free, not using your freedom as a cover-up for evil, but living as servants of God. Honor everyone. Love the brotherhood. Fear God. Honor the emperor” (1 Peter 2:13-17). This admonition to submit to authority is an opportunity for Christians to practice living under the authority of Christ and being a good citizen of heaven while being a citizen in the world.

If Christians are to submit to the governing authorities, what should we make of Nazi-era German citizens who followed orders and participated in killing Jews? Dietrich Bonhoeffer was faced with this dilemma—should he obey or oppose those in authority over him? He recognized that doing evil in service of the earthly authority over him would be disobedience of God. Being a good citizen of heaven may not always perfectly align with being a good citizen in the eyes of the world. In the eyes of the Nazis, Bonhoeffer was a bad citizen of Germany because of his actions opposing his nation; however, he was a good and faithful citizen of heaven because he honored and obeyed the highest authority—God.

Therefore, a good Christian citizen is someone who fears God, trusts His sovereign wisdom, and respects the earthly authorities He has set in positions of power—as long as the commands of the earthly authorities are not at odds with God’s commands. Christians are loyal to God and His heavenly kingdom first, which often means submitting to authority and being good citizens here on earth.

The writer of Hebrews reminds us that, “For here we have no lasting city, but we seek the city that is to come” (13:14). This is our eternal hope! But this encouragement is not an excuse for apathy while we still live as citizens of our temporal countries. Like the exiled Israelites, we should “seek the welfare of the city” in which God has placed us (Jeremiah 29:7).

Part of being a good citizen here on earth means caring for our neighbors, engaging in our communities, and being educated about our country’s political leaders and policies. As the U.S. elections approach, America’s Christians should carefully read and review the party platforms and policies of the candidates and make a well-informed vote. Christians should demonstrate their citizenship of God’s heavenly kingdom by being the best earthly citizens they can be.

Molly Carman is a Research Assistant at Family Research Council who focuses on developing a biblical worldview on issues related to family and current events.