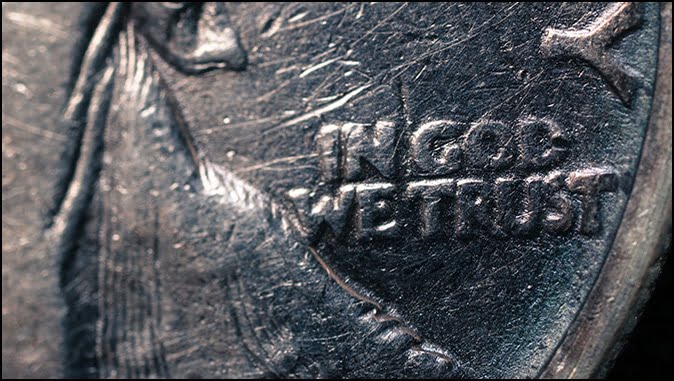 Under God
By Dr. Mike Murphy

He had heard the words of numerous sermons in his life, but the words he was hearing preached, he could not escape. As he sat listening to the Lincoln Day sermon, the Holy Spirit used the words to grip him, to open his eyes to a truth that the Lord was showing him.

The pastor used the words of Galatians 3:28, to set up his sermon. “There is neither Jew nor Greek, there is neither slave nor free man, there is neither male nor female; for you are all one in Christ Jesus.” He used the words to describe this country, all we had overcome, and the One who brought us all together. He talked of liberty, and he spoke of freedom, and he laid out where those rights came from. He then said, “These fundamental concepts of life had been given to the world from Sinai, where the moral law was graven upon tables of stone, symbolizing the universal application to all men; and they came from the New Testament, where they heard in the words of Jesus of Nazareth the living Word of God for the world.”

He then went on to speak of Lincoln, and the words he spoke at the Gettysburg Address. “This is the American way of life. Lincoln saw this clearly. History for him was the Divine Comedy, though he would not use that phrase. The providence of God was being fulfilled. Wherefore, he claims that it is under God that this nation shall know a new birth of freedom. And by implication, it is under God that “government of the people, by the people, and for the people shall not perish from the earth.” For Lincoln, since God was in His Heaven, all must ultimately be right for his country.”

The pastor then went on to speak of the world as it was in the day he was giving the sermon. He talked of Communism, and the nations it controlled. He told how those Communist nations proclaimed liberty and freedom. How they declared justice, and they also claimed to be living under the law. But as the congregation listened, he told of the two words that separated their laws, their justice, their freedom and their liberty. Two words, “Under God”. Two words absent from all they believe, two words that no nation could survive without.

The pastor then went on to talk of the words that united us, and the pledge we told the world about us, and so desired for the world to see in us.

“What, therefore is missing in the Pledge of Allegiance that Americans have been saying off and on since 1892, and officially since 1942? The one fundamental concept that completely and ultimately separates Communist Russia from the democratic institutions of this country. This was seen clearly by Lincoln. Under God this people shall know a new birth of freedom, and “under God” are the definitive words.”

“Now, Lincoln was not being original in that phrase. He was simply reminding the people of the basis upon which the Nation won its freedom in its Declaration of Independence. He went back to Jefferson as he did in a famous speech delivered at Independence Hall in Philadelphia on February 22, 1861, two years before the Gettysburg Address. “All the political sentiments I entertain have been drawn from the sentiments which originated and were given to the world from this hall. I have never had a feeling politically that did not spring from sentiments embodied in the Declaration of Independence.”

The pastor then recalled the word of that Declaration, the words of life, liberty, and the pursuit of happiness they proclaimed. “In Jefferson’s phrase, if we deny the existence of the God who gave us life, how can we live by the liberty He gave us at the same time? This is a God-fearing nation. On our coins, bearing the imprint of Lincoln and Jefferson are the words “In God we trust.” Congress is opened with prayer. It is upon the Holy Bible the President takes his oath of office. Naturalized citizens, when they take their oath of allegiance, conclude, solemnly, with the words “so help me God.”

The pastor then went on to close his sermon by saying, “This is the issue we face today: A freedom that respects the rights of the minorities, but is defined by a fundamental belief in God. A way of life that sees man, not as the ultimate outcome of a mysterious concatenation of evolutionary process, but a sentiment being created by God and seeking to know His will, and “Whose soul is restless till he rest in God.”

The words he heard that day so spoke to his heart that he vowed to never forget them, to lead this nation to forever proclaim them. The words of the sermon that day would forever change the history of this nation. And the direction those words would lead this nation would one day lead to a controversy that many still argue today.

The man who sat in a pew at the New York Avenue Presbyterian Church in Washington, D.C., and listened to the sermon preached that day by Reverend George M. Docherty, was none other than President Dwight D. Eisenhower. For most of his adult life, Dwight Eisenhower had seen church as irreverent, and rarely at best attended. But as he became President in 1952, he began to turn more to the Bible, and began to follow the words that Christ had told us. Soon, Eisenhower found himself more on his knees than he could have ever imagined in seeking the guidance and direction he needed in heading this country. Now in need of a church, he turned to none other than Billy Graham for direction. It was Reverend Graham who directed him toward Reverend Edward Elson at the National Presbyterian Church near the Capitol, as he knew the pastor as a man who taught the fullness of Christ, and the inerrancy of the Word of God.

Eisenhower became more and more involved in the church, and soon had Reverend Elson coming to the White House on a regular bases instructing him on the ways of Presbyterianism, and on what it meant to walk in faith with Christ. Soon, Eisenhower would become the only President to be baptized while holding the office.

Under God. What does it mean for our nation to be “under God”? A simple look in the dictionary of the word “under”, gets us well on our way. The definition is a complex one, with multiple meanings. Under means, “in a position below; covered or concealed; subject to rule and guidance; with authorization and protection of; being the subject of and to”. From this definition, it becomes clear that “one nation under God” is a nation that is subject to the authority, rule and protection of the covering hand of our Lord, and it is His Word that guides them.

From the minute our forefathers drew up the words of the Mayflower Compact, the origins of this nation were placed under the guidance of His hand. As the Pilgrims sailed to this land, it was His hand that directed them, And as they arrived on its’ shores, it was His Word that governed them. Over one hundred and forty years later, it was that same Hand that guided Jefferson to pen the rights all men are given, and Whom it was that gave us those usual rights. That same Hand covered Lincoln as he proclaimed to this nation at Gettysburg, “this nation under God, shall have a new birth of freedom”. It was the same Hand that faithfully guided us and held us strong through the horrors of war, and the tragedy of the Depression. And it was that same Hand that raised us up as the “shiny city on the hill” for all the world to see, a beacon of hope for the world to follow. The idea of “under God” may not have found its’ way onto paper until 1954, but it is obvious by every minute of America’s history that those words were always there.

As Eisenhower’s life would come to an end, it was those two words that continued to guide him. One of the last visitors to speak with Eisenhower was an old friend who had help the Lord change his life. Eisenhower summoned Billy Graham to his room at Walter Reed Medical Center, and asked Reverend Graham if he would once again tell him the plan of salvation that Billy Graham had given him over fourteen years ago. As Reverend Graham finished, Eisenhower responded with two equally powerful words, “I’m Ready!”

My life has been blessed that I am able to say, I live each of my days “under God”!

Praying each of your lives are guided by those two words.

Death and Other Minor Topics

Faithful Christian Fathers By Joseph Parker "Hear, my children, the instruction of a father, and…

A Movement Where All Souls Matter

A Movement Where All Souls Matter By Hannah Harrison On Tuesday, June 2, many people…

Moving Mountains, Acting on Faith By Dr. David Reagan He [Jesus] said to them…”truly I…