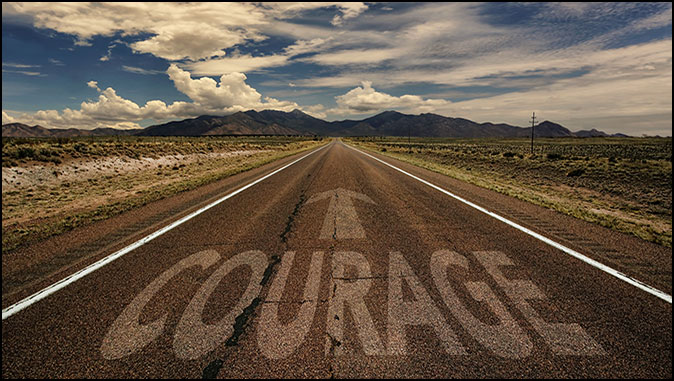 As cultural winds blow ever stronger against biblical orthodoxy on human sexuality, some states are pushing back by passing bills protecting youth from harmful gender transition procedures and protecting women from being forced to compete against biological men in sporting events. One such piece of legislation, South Dakota House Bill 1217, was recently approved by the state legislature and sent to Republican Gov. Kristi Noem’s desk. However, Noem shocked conservatives by vetoing the bill.

Noem suggested revising the bill to support protections for middle school and high school girls but not extending the same protections to older women, specifically collegiate athletes. This attempt to craft a “win-win situation” in the face of opposition might seem courageous to some. But the mere presence of opposition from some quarters does not automatically mean you are being courageous—or are doing what is right. A biblical and philosophical examination of courage requires us to dig deeper.

What is courage? The philosopher Aristotle, who believed that moral behavior was found in the mean (or moderate position) between two extremes, argued in his ethical treatise Nicomachean Ethics that courage is the mean between the feelings of fear and confidence. Merriam-Webster defines courage as “mental or moral strength to venture, persevere, and withstand danger, fear, or difficulty.” C.S. Lewis wrote in The Screwtape Letters that “courage is not simply one of the virtues, but the form of every virtue at the testing point.” In other words, the courageous person has poise and the fortitude to do the right thing, in the right way, at the right time. Despite potential blowback, the courageous person stays the course and pursues what they know is right.

Is courage a virtue Christians should pursue? Yes. Throughout the Bible, God’s people are called to trust Him and obey His commandments, regardless of the consequences. Psalm 27:14 reminds us, “Wait for the Lord; be strong, and let your heart take courage; wait for the Lord!” and again in Psalm 31:24, “Be strong, and let your heart take courage, all you who wait for the Lord!” We are exhorted to be courageous not because the things we are called to do are easy, popular, or will make us successful in the earthly sense, but because God has commanded us to fear Him rather than men (Acts 5:29).

When Joshua succeeded Moses as the leader of Israel, he was understandably overwhelmed. Yet God charged him to be courageous: “Have I not commanded you? Be strong and courageous. Do not be frightened, and do not be dismayed, for the LORD your God is with you wherever you go” (Josh. 1:9). The pressure facing Joshua was immense. Leading the quarrelsome and obstinate Israelites into the Promised Land was no small task. Thus, as Joshua stepped into his new role, God called him to be courageous, to exhibit strong moral and mental fortitude as he took on the mantle of leadership.

Queen Esther also had to choose to do the right thing in her time, at great personal risk. Encouraged by her cousin Mordecai, Esther approached the Persian king to petition that her peoples’ lives be spared from genocide. Although nervous, she understood the gravity of the situation and was willing to lay down her life for a noble cause. “If I perish, I perish,” she said before venturing into the king’s throne room (Est. 4:16). By God’s grace, her courage was rewarded, and both she and the Jewish people lived.

Likewise, Shadrach, Meshach, and Abednego were commanded by the pagan king of Babylon to bow down to a golden statue and worship. These men knew that it was a sin to worship any man or image other than God, so they refused, and the king commanded that they be burned alive. Before they were led to the furnace, they expressed their belief that God could deliver them. But they told the king, even if God allowed their death, “be it known to you, O king, that we will not serve your gods or worship the golden image that you have set up” (Dan. 3:18). Shadrach, Meshach, and Abednego were willing to die obeying God rather than sin in order to avoid death.

The example of these Jewish exiles is instructive. We are called to do the right thing and be courageous not because God will necessarily save us but because it is what is right and honors Him. Many brothers and sisters in the faith have lost their homes, family, friends, possessions, jobs, and even lives because they chose to be courageous and obey God. Although that was the price their courage required, their reward is much sweeter (2 Cor. 4:16-18).

Christ is our ultimate example of courage. Jesus was tempted in all the ways we are, yet He never sinned (Heb. 4:15). Despite constant rejection, criticism, and unbelief, He poured Himself out and ministered to sinners. He exemplified the greatest act of courage when He went to the cross and paid the price for our sin.

Courage requires that we fear God above man, know His word, obey it, and practice wisdom and discernment. Paul exhorts us to take up the whole armor of God so that we will be able to stand firm in the evil day (Eph. 6:13). The late preacher Billy Graham once said, “Courage is contagious. When a brave man takes a stand, the spines of others are often stiffened.” He’s right. Courage is contagious, and even though most of today’s politicians lack courage, Christians should strive to be courageous because God “gave us a spirit not of fear but of power and love and self-control” (2 Tim. 1:7). As we seek to be more like Christ, we can all start by being courageous and doing the right thing for its own sake and thereby encourage others to pursue the virtuous life.

The Untouchable Subject: Pornography By Anne Reed Congratulations if you read past the headline! Pornography…

The Sabbath – A Gift From God

The Sabbath – A Gift From God Dr. Jerry Newcombe One of the saddest things…