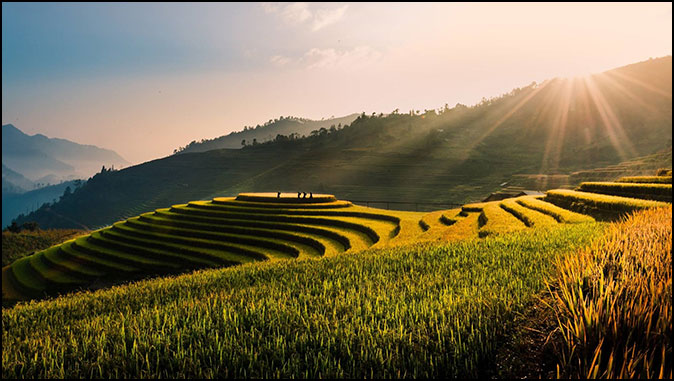 The Unconditional Love of God
By Maddie King

If you have ever thought to yourself that you could never experience God’s love and forgiveness, you are wrong. I have had countless friends and family tell me God could not love them after everything they have done. What a ridiculous lie that is to tell yourself! Did Christ spend his time with perfect people? No, He did not. Instead, He spent most of His time surrounded by sinners and unbelievers.

Even some of His disciples were thought to be terrible people. Matthew was a tax collector, an occupation that was seen as corrupt. The only person perfect and sinless is God Himself. As Romans 3:10b states: “There is none righteous, no, not one”. As sinners, we all are unworthy of a life with God, and yet He made a way for that to happen. By sending His one and only son to die for us, He has now allowed us to live not only eternal life with Him but also to have a relationship with Him. John 14:6: “I am the Way, the Truth, and the Life: no man cometh unto the Father, but by me”.

So why do you sometimes feel as if that is not enough? What sin have you committed that would make you think God would never love you as He said He would? There are plenty of people out there who have been in the same shoes as you. In God’s eyes, every sin is the same. I am not saying that it is okay to do any sin, but what I am saying is that you should not use your sins as an excuse for not having a relationship with God. You may think that it is a legitimate reason, but if you put anything above having a relationship with Him, you are making excuses for yourself to not have one.

God loves you more than you will ever know. You may not know or understand this, but you are God’s child. And just like a father, He will love his child just the same as the day they were born. As Jeremiah 31:3 states: “The LORD appeared to us in the past, saying: “I have loved you with an everlasting love; I have drawn you with unfailing kindness”. No matter how badly you mess up, God loves you unconditionally and nothing will ever change that.

Although your sins make you feel more unworthy, change your perspective on the whole ordeal. Having done those sins, hopefully, you know not to do them again. You have learned from experience. Even as a Chrisitan you will still sin, but now you can have the understanding of learning from mistakes and knowing that God loves you no matter what. All you have to do is believe, confess, and ask for forgiveness. Just a few small steps to a life full of love and happiness with the Lord, Jesus Christ.

The Cry Of A Child (The Gift of Christmas)

The Cry Of A Child (The Gift of Christmas) Dr. Mike Murphy Faces everywhere in…

Winning Friends or Influencing People By Nathele Graham Most people want to have friends. We…

True Liberty and Justice for All

God Didn’t Move By Dennis Huebshman A couple who had been married for twenty years,…

Humility, Accountability & Awe By Dave Hunt "For we must all appear before the judgment…

The Importance of Family