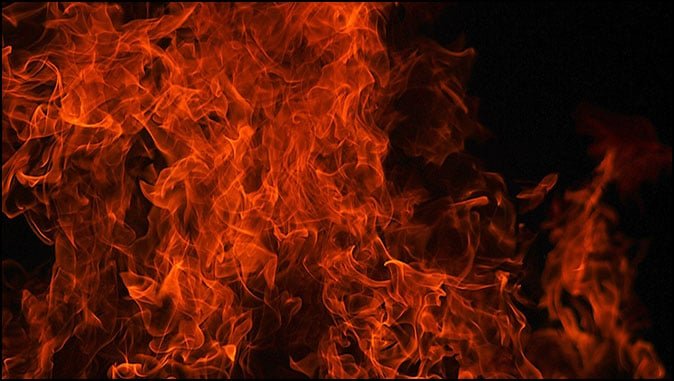 The Alternative to Believing God
By Bud Hancock

I think I may be a relic, a throwback to a time when things were much simpler than they are today. When I was being ‘nurtured’, and I will explain the use of that word later on, we did not have a TV. Oh there were a few in existence but we were way too poor to have one. There were no computers, no iPads, no cell phones, and only the wealthier citizens had a ‘land line phone’. Suffice it to say there was no ‘social media’ or other ways to ‘connect with people’. Horrors, what was a family to do in such dire situations? We sat around the radio and listened to programs like “Ma and Pa Kettles”, “Fibber McGee and Molly”, “The Shadow”, “Boston Blackie”, “Abbott and Costello”, “Jack Benny” and other gems of drama and comedy. We earnestly looked forward to these recurring programs and sat mesmerized while they were on, never missing a word. When they signed off the air, we were left with a feeling of satisfaction and enjoyment, a lifting of the heart. It was a much simpler time.

But, radio programs were only short bursts of fun and were not available 24 hours a day, seven days a week, so we spent a lot of the intervening time, between the days when we could listen to our favorite programs, reading books. Some of my earliest memories are about the books I chose to read as a youngster. Of course, I can’t remember the exact words in them, only the general theme of the stories. I loved books about sports, especially basketball, which is strange because I was never a good basketball player, in fact I preferred playing baseball, but I loved reading about basketball; as I said, I may be a relic!

Even though I chose my own special books to read, there was one book that was chosen for us by my parents: The Holy Bible. Even though he was not well-educated, only having a seventh grade education, my dad loved reading the Bible. I’m sure there were many scriptures he could not understand but that never inhibited his desire to read them. He especially loved the Psalms and Proverbs. I remember him reading, “Train up a child in the way he should go: and when he is old, he will not depart from it” (Proverbs 22:6 KJV). And then there was also this from St. Paul: “And, ye fathers, provoke not your children to wrath: but bring them up in the nurture and admonition of the Lord” (Ephesians 6:4 KJV). Interestingly, the word translated ‘admonition’ in this scripture is also translated ‘warning’. When trying to raise a young child with no life experience, warnings serve a true purpose. They provide a reason why certain acts should not be undertaken. This is how my Dad used that scripture, as warnings on following righteousness and avoiding evil.

He didn’t just read those scriptures and expect my hearing of it to ‘stick’ and make me a good person when I grew up. No, he truly lived them and then he instilled in us the reason why that process works. God always knows what is best for us, and through His love for us, and by instilling in us the love God has for HIS children, he made sure that we were loved unconditionally.

We were regular churchgoers and were always encouraged to take an active part in everything that entailed. We seldom missed a service whether a Sunday morning, Sunday evening or mid-week meeting. Admittedly, during those times when I experienced the desire to rebel, I was still getting info that stuck in my mind through the sermons and teachings of our pastor. Our pastor at that time, in my early youth, was a ‘hellfire and brimstone’ kind of preacher who bothered NOT to mince words. As I grew up, I could sometimes recall and quote scripture that I had not consciously been aware of knowing, thanks in part to his teaching and preaching. The nurturing and admonition of the Lord actually ‘stuck’, even when I cared little about it. That sacred nurturing and those admonition/warnings are much to be credited with keeping me from serious harm throughout my life. They established in me a solid foundation of belief in the God of Abraham, Isaac and Jacob. As I grew older and eventually made Jesus Lord of my Life, that foundation and the belief it supports is one of the most important factors I can cite to explain why I believe so completely in God, His Son, and in the Absolute Truth of His Word. Thank you Dad and Mom.

As simple as life was, or at least seemed to be when I was growing up in the 40s, 50s and early 60s, the simplicity started disappearing when I got married and started a family. Yes, having and raising children is anything BUT simple, but it gets even more difficult when the culture you were raised in changes rapidly, as it did in the mid to late 60s when y children were born.

Just look at life in our world, or even at life in these United States right now. Simple? Hardly! Absolutely the most complicated time I’ve experienced in my 76+ years on this earth. To turn on the TV at almost any time of the day or night is to subject oneself to a constant barrage of ‘so-called’ news, mostly a rehash of the ‘news’ from the day before. It is mostly so depressing that only a masochist would want to endure it at all. It is mostly stories about hideous crimes, government malfeasance, lawlessness and corruption. I was raised in a time when abiding by the ‘law’, showing respect for one’s elders, for people in authority, and especially for law enforcement officers, was more or less taken for granted. That ‘code of behavior’ was a given. Now, it is impossible to go for a day, likely even an hour, without hearing of the latest mass shooting, another riot breaking out or seeing masses of misguided people ‘protesting’, actually burning, looting and destroying property in the public streets of major cities everywhere. No, simplicity is no longer a part of our national culture.

What Next for Unbelievers?

Human beings have an inherent need for a ‘purpose’. We were all placed on this earth for a purpose and that purpose is to glorify God and to do His will here as it is done in heaven. People who accept the Lordship of Jesus and are taught God’s Word soon begin to settle into a life of fulfilling that purpose, and their lives are spent in peace, quietness and assurance (Isaiah 32:17 KJV). This is the supernatural effect of knowing the God of creation and believing on Him. Their lives become shining examples of righteousness, and living as righteous beings is the highest form of worship of God, accomplished only through the sacrificial work of Jesus and the shedding of His blood.

Then we have the group of people who either have not heard the gospel (unlikely here in the USA), or having heard it, they reject it and try to find a purpose for their lives from other sources. Those who spend their lives in rioting, protesting and mischief may say they believe that their lives have a purpose and to prove it, they actively recruit others to join in their purpose. Having rejected righteousness, they have found the source of their purpose in evil and satanic sources. Most of them would not admit it, but they experience little if any true peace or quietness and their lives become a living hell on earth, requiring more and more stimulation from their own evil works, or the works of others, to make continued living worthwhile. Sadly, many of them choose not to continue and kill themselves in a lost spiritual state.

As I stated earlier, having been created by God, humans need a ‘god’, a being who can be worshipped and looked up to for guidance and direction. Those of us who are blessed to have found the one true God are the happiest, most fulfilled people alive and joyfully share our peace and assurance with others. They have found that a true ‘heart belief’, not just a ‘head knowledge’ makes that purpose, to glorify God and to do His will, though sometimes difficult and even dangerous, the only things that make any sense and the only things worth living for. Even through the difficulty and danger, we can KNOW that, when this life is over, we have an even higher purpose waiting for us: To live and reign with Jesus Christ forever! This is our future, our blessed hope!

Unfortunately, even though non-believers might think they have found a worthwhile purpose, deep inside they know that, for them, a good future is not assured, their hope has become hopelessness and they dread the day when they face death and must face the God whom they rejected in this life. What a sad awakening it will be and a time of great sorrow for them, but unless they are reached soon, it will be too late. This is the result of trying to find a purpose, searching for an elusive ‘alternative belief’ that does not include a belief in the Living God, the God of creation, the God of love and righteousness. At that time, when they are told their fate, they will KNOW that the god they chose was not a god after all. Let us work and pray that many of them will change their purpose and futures while there is still time.

School Days By Grant Phillips I won’t say all, but probably most adults can look…

“People Are Basically Good”? By Anne Reed I was once convinced people were basically good…

Choose Me, Choose Me!

Choose Me, Choose Me! By Grant Phillips One of the most basic needs of human…

A Message of Hope!

A Message of Hope! By Matt Ward “For our citizenship is in heaven, from which…