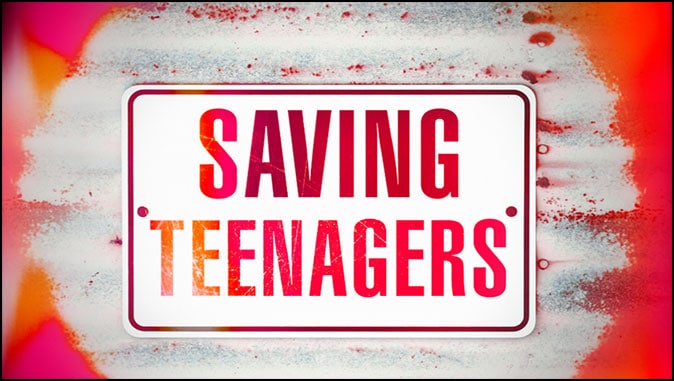 Do you know a teenager who has committed suicide? If not, chances are you know a family member, loved one, or friend of a young person who has taken this tragic, irreversible step. Suicide is now the third leading cause of death for Americans between the ages of 15 and 24. It is the second leading cause of death for people ten years old and older. Teenage girls are more likely than boys to attempt suicide, but boys are four times more likely to die from suicide. In more than 50 percent of teenage suicides, guns are used.

As a Christian, it is important for you to understand that teen suicide is not just unnecessary, it is preventable, and you can play an important role in helping prevent it. To do so, you will need to know the factors that often cause this tragedy. Once you understand the potential causes of teen suicide, you will need to learn the risk factors and warning signs. Providing you with this information so you can help prevent teen suicides is the purpose of this blog.

Mental illness is often a factor in teen suicides, but just as often the tragedy can be attributed to depression. Mental illness and depression should be treated by licensed healthcare professionals. However, you can play a role in helping struggling teens by watching for the factors that often lead to depression. Further, knowing what factors to look for will allow you to recommend that an at-risk teenager be referred to mental-health professionals. This is important because early intervention is critical in preventing teen suicide. Recommending this kind of referral to a parent or guardian is one of the most important contributions you can make in helping prevent teen suicides.

The teenage years can be difficult for even the most emotionally stable young people. Factors such as peer pressure, body changes, self-image, and the desire to fit in can weigh heavily on young people, particularly if they are not well-grounded emotionally. Other factors that can lead to depression include divorces, academic problems, the death of friends or loved ones, family relocations, sibling rivalries, a divorced parent remarrying, poor relationships with a step-parent, being excluded from a school club, failing to make a sports team, or conflict with a teacher or coach. All of these factors as well as others not listed here can contribute to depression in teenagers.

As was mentioned earlier but should be reiterated often, Christians, including ministers, youth pastors, and even Biblical counselors don’t treat clinical depression in teenagers. That is the job of mental-health professionals. However, there are two very important things individual Christians, ministers, youth pastors, and Biblical counselors can do to help young people who are struggling.

The first thing Christians can do is help young people cope with the stressors teenagers often face, stressors that if left unattended can lead to depression. Individual Christians, ministers, youth pastors, and Biblical counselors can provide the support, reassurance, and guidance that may be missing in the lives of teenagers who are struggling with stress-causing factors. More importantly, they can point teens to Christ as the true and lasting source of support for coping with life’s stressors. Christ can provide what is missing in the lives of young people who, if left alone, might become depressed.

This list of factors is validated by both experience and research, but is not comprehensive. There can be other factors not listed here that put young people at risk of committing suicide. Further, to be clear, these factors don’t necessarily mean a teenager is going to commit suicide. However, they do mean that young people who exhibit one or more of these factors fall into the at-risk category when it comes to suicide. Consequently, it is important for you to be aware of and sensitive to these factors.

– Preoccupation with death in conversation, written assignments, artwork, and other forms of self-expression
– Intense, unrelenting sadness
– Feelings of hopelessness
– Lack of interest in activities, hobbies, or tasks that used to be important
– Withdrawal from family, friends, sports, social activities, school, or clubs
– Substance abuse (alcohol, drugs, or both)
– Unnatural sleep patterns (sleeping very little or sleeping all the time)
– Giving away possessions, especially valued possessions
– Lack of energy (especially in a usually energetic teen)
– Risky behaviors that suggest the teen doesn’t care if he or she is injured or worse
– Inability to focus, think clearly, or concentrate
– Sudden absenteeism from school
– Sudden drop in performance in school
– Change in appetite (loss or noticeable increase)
– Increased irritability and bouts of anger

The more of these warning signs a teenager exhibits, the more likely it is he or she will attempt suicide. The pertinent question then is this: “What is an appropriate response when you observe these types of warning signs in a teenager?” First, don’t ignore the signs and don’t talk around the issue or skirt it. Do not accept the misguided belief of some that anyone who talks about suicide is not going to attempt it. The rationale of these misguided individuals is that if teens want to kill themselves, they will do it not talk about it. This belief has turned out to be wrong many times.

The best approach is to be forthright. Tell the teenager in question you have observed the signs and are worried he or she might be contemplating suicide. Be open with the individual in question, but non-judgmental. Explain that you would like to help. No matter how teenagers react to your show of concern, recommending they be referred to a mental-health professional is always a good response when you observe one or more of the warning signs.

The National Suicide Prevention Lifeline is a network of local crisis centers covering the entire nation that provides free and confidential support to people who are experiencing emotional distress or the warning signs of suicide. The Lifeline is open and available 24 hours a day, seven days a week, 365 days a year. People who answer calls to the Lifeline are trained crisis counselors who know how to respond in ways that help emotionally distressed individuals take a step back from the precipice and reconsider their suicidal thoughts. The Lifeline may be contacted online at http://www.suicidepreventionlifeline.org.

Stop a Suicide Today is a school-based program that helps prevent suicides by teaching students how to recognize the warning signs and encouraging family members and friends to get at-risk teens in the care of mental-health professionals without delay. Key elements of Stop a Suicide Today’s mission include connecting people as appropriate with crisis intervention counselors and/or emergency services, offering a free and anonymous interactive risk inventory on their website, reaching people who have attempted suicide or are contemplating it but have not received treatment, providing educational resources about all aspects of suicide, and maximizing utilization of the National Suicide Prevention Lifeline.

In the aftermath of a teen suicide, grieving friends and loved ones who failed to act when they should have often comment, “I thought something was bothering him,” or “I wondered why her behavior had changed so drastically.” Now that you know the factors that put young people at risk of suicide and now that you know the risk factors to look for, don’t hesitate to act when action is called for. Help young people cope in a positive way with the factors that put them at risk and recommend an immediate referral when you observe any of the warning signs.

Dr. Goetsch is the author of Veteran’s Lament: Is This the America We Fought For? and Christian Women on the Job: Excelling at Work without Compromising Your Faith, Fidelis Books, an imprint of Post Hill Press.