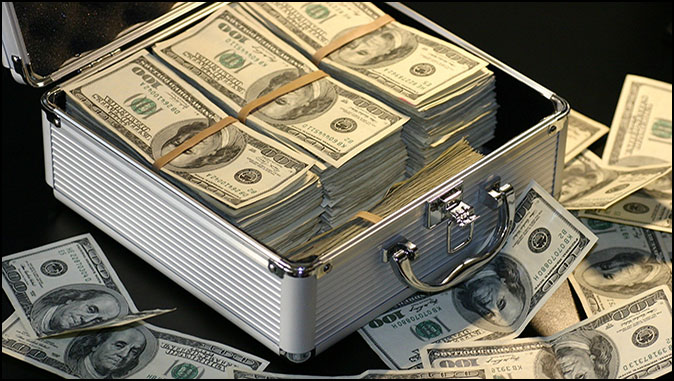 The Cambridge Dictionary states that a Sugar Daddy is “a rich and usually older man who buys presents for or gives money to a younger person, especially a woman, usually so that the younger person will spend time with him and have a sexual relationship with him.”

Now I didn’t know this, but the Urban Dictionary states: A Sugar Daddy is a boyfriend who comes with financial benefits. Sugar benefactors can help to cover tuition, bills, and frequently enjoy bestowing gifts upon their partners. Sugar Daddies exist on three levels. The Splenda Daddy is on the lowest end. He promises to shower a partner with cash and gifts, but often is limited by his income. Next is the Sugar Daddy who has a budgeted amount of sugar funds that he allocates to his sugar partner on a weekly or monthly basis. Last is a Honey Daddy who is the cream of the crop. His income has no bounds, and he can easily support multiple sugar partners.

Considering where I’m going with this, maybe I should have called this article “Honey Daddy,” but I’ll just leave it as is.

I guess I should first get to the point of who am I thinking of when using this term…Sugar Daddy. There are several paths I could take, but my thoughts go to none other than our Satan.

The coronavirus (COVID-19) pandemic has wreaked havoc upon the world scene since March of this year (2020). Sports activities have ceased, business have closed, jobs have been temporarily and/or permanently lost, and even schools have been closed down. Currently, some state governmental authorities have been attempting to close the churches, but alas, mobs and rioters have been given the states blessing to continue.

Our fearless leaders have decided that the only way to combat this problem, in order to keep the economy from caving in, is to shovel out all the money it can to keep people afloat. My point is not to say that this is good or bad. My point is those in power always think that handing out money like the Joker at the Gotham city parade is the answer to everything.

There are two problems with this: (1) the money being handed out is being taken from those who work and given to those whose lifestyle has always been to ‘not work,’ (2) our country is broke. In reality we have no money. We’re as poor as a church mouse, because we have always spent above our means. If this country survives that long (it won’t) my grandchildren’s grandchildren will be paying for what we are freely spending now.

Even before we ever heard the term coronavirus (COVID-19) the federal government and the states also, have handed out money by the truck loads for foolish grants, for unnecessary jobs, to governments who hate us, to people who wouldn’t work in a pie factory, and the list goes on. I spent nearly 30 years in managing subsidized housing, so I have seen and heard much of this first-hand.

As Executive Director, if I had administrated the position I held in the same fashion as our governmental leaders, I would not have lasted very long. The Board of Directors would have fired me in short order.

Any good manager of a business would never take a penny that is not theirs and would administer said business as conscientiously as humanly possible. However, there are those who are supposed to represent the citizenry of this country that act like a child turned loose in the candy store. They give us all “free” candy. The problem is that’s usually why we vote them in office … the “free” candy.

Now, back to “Sugar Daddy.” If a Sugar Daddy is one who keeps up another for sexual favors, guess what that makes us.

Most importantly, what about our church leaders? What have they been dishing out for years now? Sweet, syrupy sermonettes that give nothing to us but a tummy ache. Thank God that there are still a few Godly men left who feed their flock the Word of God, but they are definitely in the minority … very small minority. Most are handing out trinkets and defaming the name of Jesus Christ by their compromising of God’s holy Word.

These ministers of Satan step all over the holy Bible and kick it around like it’s an old football. Why? Is it not to keep everybody coming back, to not offend anyone? If they do that, they get to keep their job. Some have even made this an opportunity to get rich at the expense of the souls of men.

But yet, that is what most churches want. They want to be cuddled and told how good they are. They want to feel that that sweet little ole God up yonder just winks at their sins. He’s a good guy. It’s okay. They willingly sell their birthright for a bowl of stew. (Genesis 25:28-34)

Satan provides, at least in this country, for our pleasures via our governmental leaders and our religious leaders. The government throws a little money our way (it was ours in the first place). The religious leaders massage our conscience and tell us only how good we are.

(I supposed I should interject at this point that when I say ‘us’ or ‘we’ I am speaking in general terms of the populace. There really are a few who don’t get it.)

Folks, when I think of us as a nation and as individual citizens of this nation, I am reminded of Ezekiel 16. God gives a very vivid account of Israel during the time of Ezekiel. Trust me, it is an attention getter. They were a sorry lot, and I’m not so sure that maybe we are even worse.

We as a nation have sold our purity to the whims of Satan. As individual citizens we have done no less. We have become a harlot in Satan’s harem.

Following are five verses from Ezekiel 16 in the King James Version.

“Moreover thou hast taken thy sons and thy daughters, whom thou hast borne unto me, and these hast thou sacrificed unto them to be devoured. Is this of thy whoredoms a small matter, That thou hast slain my children, and delivered them to cause them to pass through the fire for them?” (Ezekiel 16:20-21)

“But as a wife that committeth adultery, which taketh strangers instead of her husband! They give gifts to all whores: but thou givest thy gifts to all thy lovers, and hirest them, that they may come unto thee on every side for thy whoredom. And the contrary is in thee from other women in thy whoredoms, whereas none followeth thee to commit whoredoms: and in that thou givest a reward, and no reward is given unto thee, therefore thou art contrary.” (Ezekiel 16:32-34)

Next are the same five verses in Ezekiel 16, but in the New Living Translation which is even clearer.

“Then you took your sons and daughters—the children you had borne to me—and sacrificed them to your gods. Was your prostitution not enough? Must you also slaughter my children by sacrificing them to idols?” (Ezekiel 16:20-21)

“Yes, you are an adulterous wife who takes in strangers instead of her own husband. Prostitutes charge for their services—but not you! You give gifts to your lovers, bribing them to come and have sex with you. So you are the opposite of other prostitutes. You pay your lovers instead of their paying you!” (Ezekiel 16:32-34)

Not everyone has played Satan’s game. Many have decided they don’t want a Sugar Daddy in their life, they prefer a Heavenly Father.

Satan will use any means to steal the souls of man. He’ll do whatever it takes to get your eyes off God. As a wise Sugar Daddy would do, he makes everything seem so legitimate and respectable. Only in the darkness of his bachelor pad do you smell his loathsome breathe and know, “Uh oh, I’m in trouble.”

If you want out. Jesus can save you.