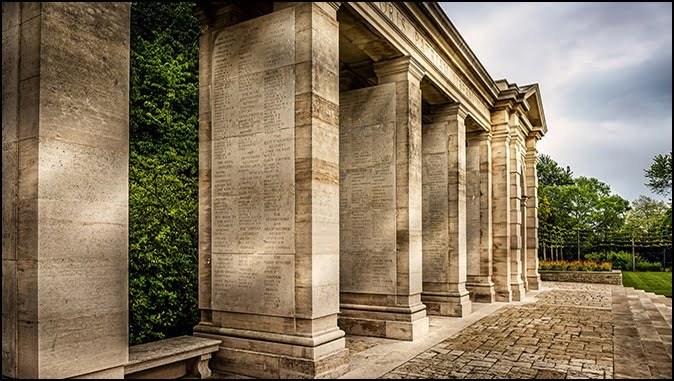 As we reflect back on D-Day, and remember the sacrifice many made for us so we might experiencing freedom, I am reminded of a long-time neighbor of ours who was there that day. Often, I would listen closely as he would recount the events of that day. I can still see the fear in his face as he told the story. And I can still feel the tears that would form in his eyes as he spoke of the friends he lost that day.

As the small boats pulled toward the beach, he told me of the bullets you could all but feel whizzing by. The endless explosions that hit all around him, causing waves in the ocean that reminded him of an approaching storm. He would explain to me how these explosions so surrounded them, that their small boat could not make it all the way to the beach. Soon, he found himself treading chest deep in the ocean, carrying countless pounds of gear, as he struggled to make his way to the sand. With each step, he could watch as the soldier beside him would fall. And with each passing moment, the water became red, and the dead served as cover from the onslaught of fire. He said he had no clue how he made it to the shore, or even how long it took him. And the excitement he felt as his feet came out of the water, was soon replaced by the increased fire that was now coming his way.

It felt like hours that day, as he made his way to cover, and even longer as they captured the strongholds that lined and overlooked the beach. And as the day turned to night, he talked of how an eighteen years old boy looked back over a beach that was littered with the bodies and the faces of those he had been talking to just hours before. Voices of those lost, he could still hear. Faces of those now dead, he could still see. And as sad as the loss of these left him, what he was a part of that day always turned his sadness to joy, every time he proudly told me the story.

A generation of young men that stormed a beach that day. A beach that most would never see again, but a beach that many they served with would never leave. Each of these young men knew the risk as they entered those small boats, and made their way to that beach. Most realizing that many of the faces of those beside and across from them, would be faces they would never see again. Many also knowing it would be their face that others would again never see, as it would be their life the price of that day would cost. But it was a price they were more than willing to pay. A cost they were willing to covering, so others, like me, might freely live. And a cost they knew if they did not pay, the evil that so many throughout this world would continue to see. A cost that found them willing to pay all, so future generations might still be able to have all. A cost each of us could never repay to all of them as we remember this day.

As I remember my neighbor, and I think of what he did for me that day, my mind wonders forward to all I now see. To the world I see around me today, and the blessing that surround me each day. To the opportunities I have this day, because of the courage he showed that day. On that day so many years ago, on a beach so many miles away.

As I think of that day, I ask myself, “Do I have his courage? Can future generations count on me, the way he has shown me I could count on him?” And as I ask myself these questions, I ask myself an even greater question. As a Christian, can the Lord now count on me to faithfully and dutifully “storm the beach” for Him, the way those young men did for me on that day so many years ago?

We find ourselves living in a world today where evil does not just look to raise its’ head, it now looks to proudly boast its’ presence. An evil, that not only looks to attack this church, but has the destruction of this Church in its’ sights. An evil that sees persecution as a tool always at its’ disposal, to silence the voice of all who seek to speak for Christ. And an evil, that looks to wage a war of propaganda against this Church, seeking to convince this world that it is those it looks to silence that offers this mankind its’ greatest threat.

In the face of this evil, can Christ count on me to climb into that small boat and fight my way to the beach? Can He count on me to face all evil looks to throw at me, and still faithfully and dutifully fulfill all He is calling me to do?

His Word tells me, “for the weapons of our warfare are not of the flesh, but divinely powerful for the destruction of fortresses.” (2 Corinthians 10:4). Am I willing to face the fire that evil directs at me, and find in me the courage to come ashore, and take down those fortresses? Willing to give Him my all, so that future generations of Christians, may know the freedom to bring His all to a needing world?

It is time for my words and my actions to show Christ that I am willing to storm that beach. Time for me to rise, put on each piece of armor He has given me (Ephesians 6:10-18), and attack evil’s stronghold that stands right in front of me. Time for me to be strong and courageous, not found trembling and afraid, as my feet touch the shore, and I approach evil’s fortresses. Knowing that with each step I take forward, He will be walking right beside me, and His direction and leadership, will never fail me.

“‘No weapon that is formed against you will prosper; And every tongue that accuses you in judgment you will condemn. This is the heritage of the servants of the LORD, And their vindication is from Me,’ declares the LORD.” – Isaiah 54:17