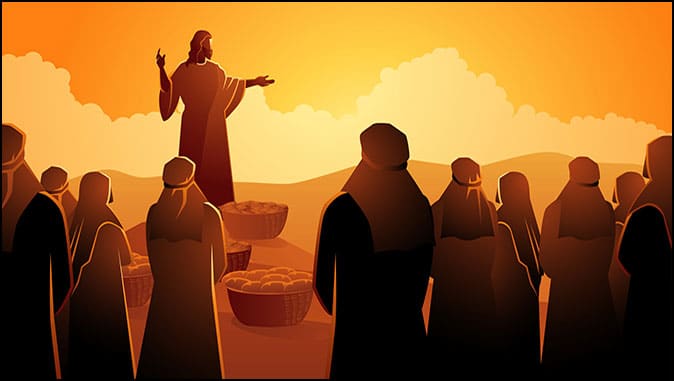 The Christian walk isn’t a sprint, it’s a marathon. How often have you heard that mantra? It is used quite frequently because it is very true. Along the way, however, there are many opportunities to fall in the ditch on one side of the road or the other. The two moments in the Christian life which present the greatest opportunity for falling into a ditch are resounding victory and crushing defeat. The common denominator is that they both lull us into a false state of relaxation where we ease off the gas pedal, if you will. It happens in defeat because pride and self-righteousness often beckon us into full-blown self-condemnation, a healthy case of the mully-grubs. It happens in victory because pride and self-righteousness are often joined by a strong case of “I-did-it-itis.” I’m sure we’re all familiar with that diagnosis. In both scenarios, we are prone to throttle down from full-fledged Christ following.

That’s why the sovereign Creator warned the Israelites to remember Him after they entered the Promised Land, when they’d eaten and were full, built houses and lived in them and their herds and flocks had multiplied along with their gold and silver. He knows how easy our “hearts can be lifted up” and we can “forget the Lord” (Deut.8:11-20).

Jesus modeled this understanding perfectly. In Matthew 14:13-25, He had compassion on a great multitude by spending the day healing their sick and preaching the Gospel of the Kingdom of God. All of this transpired outdoors which means everything really shut down at night. Sunset was approaching and His disciples suggested He dismiss the crowds so they could go home and get dinner. Instead, Jesus instructed them: “you feed them.” They responded, “We only have five loaves and two fish.” Jesus said, “Bring them here to me.”

Next, Jesus instructed the crowd of more than 20,000 people (when you factor in women and children) to sit on the grass. He then blessed the food, broke, and handed it to His disciples to distribute. Everyone ate and was satisfied. There was so much food that the people present collected twelve baskets full of leftovers.

So we see that God doesn’t require some super-saint with specialized qualification and pre-wrapped ultra-Christian resource package in order to bear fruit. He simply desires that we come to Him with what we have. When we offer ourselves and our resources to Him, He will fill up what is lacking and make us fruitful, internally and externally for the benefit of others. When we yield completely to God, He makes us more than enough for what He has called us to be and do. Two fish and five loaves gave a crowd of more than 20,000 people enough to eat and be satisfied because the food was placed in Jesus’ hands. What was once nowhere close to being enough, Jesus made more than enough!

After something like this, human nature says it’s time to celebrate! The disciples served as the waiters to deliver what they knew to be two fish and five loaves to over 20,000 people. Can you imagine how long that took? Surely, now is the time to get the high-fives and chest bumps going? It is not hard to see Peter and John giving the “up top” symbol to one another much like today’s college football players with their robes flailing in the wind and their sandals kicking up the turf, to share a celebration like those we witness after a thrilling touchdown at a football game.

The Bible says as soon as the last basket full of leftovers was picked up, Jesus made his disciples get in a boat and go before Him to the other side of the Sea of Galilee as He dismissed the crowds. Remember, this all happened as daylight turned to dusk. Once the crowds were all gone and the disciples were a long way from the land, Jesus retreated to a mountain to pray alone until “the fourth watch of the night.” When we are provided specific details like this it is incumbent upon us to perk up and pay attention. At this time, the Roman military divided the night into four watches of three hours each, from 6 p.m. until 6 a.m. The fourth watch would have been between 3 a.m. and 6 a.m. So the Bible tells us that Jesus concludes a miraculous display of omnipotence with an all-night solitary prayer meeting that started at sunset and continued at least until 3 a.m. This is after a victory.

If Jesus, the hypostatic union, God in the flesh, committed himself to prayer like this how should you and I respond to victory? He wasted no time basking in His own glory or remonstrating with the disciples about the ins and outs of food blessing and bread breakage techniques. He immediately sent them away, dismissed the crowds, and retreated to pray. If we approached prayer like this the world around us would look much different.

You know what you believe about prayer when you employ it. Is prayer our first response or our last resort? Do we have an “in case of emergency break glass” approach to prayer? Or, is crying out to the Lord our first response in all circumstances? One of the greatest evidences of a pride-filled heart is a prayer-less Christian. Living without prayer requires a daily declaration of independence from God wherein we live as though God either doesn’t exist or we do not need Him. If Jesus rushed the mountain to pray after a great miracle how much more should you and I commit ourselves to cry out to the Lord with all of the madness going on around us? If we would meet crushing defeat and resounding victory by pouring our hearts out before the audience of One, I believe we would stay ditch-free more consistently in our personal lives. If we believe in and use prayer the way our Lord did, we can change the world around us. May our hearts be convicted and stirred by Jesus’ commitment to prayer.