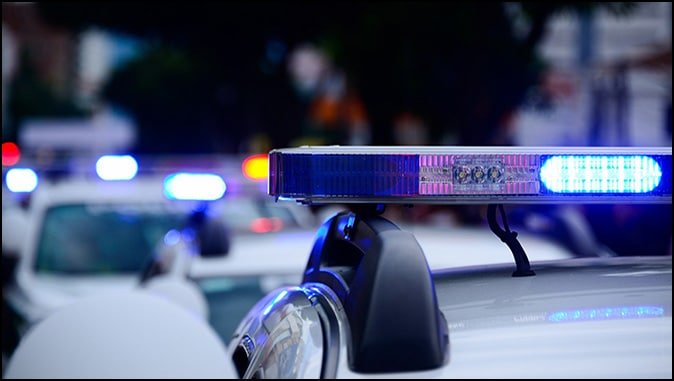 Pray for the Police, Law Enforcement, and Our Nation
By Joseph Parker

Everyone must submit to governing authorities. For all authority comes from God, and those in positions of authority have been placed there by God. So anyone who rebels against authority is rebelling against what God has instituted, and they will be punished. For the authorities do not strike fear in people who are doing right, but in those who are doing wrong. Would you like to live without fear of the authorities? Do what is right, and they will honor you. The authorities are God’s servants, sent for your good. But if you are doing wrong, of course you should be afraid, for they have the power to punish you. They are God’s servants, sent for the very purpose of punishing those who do what is wrong. So you must submit to them, not only to avoid punishment, but also to keep a clear conscience (Romans 13:1–5).

One of the toughest jobs in the world is the job of being a police officer or being in law enforcement. It’s a job that requires very skilled and serious training, often involves a lot of danger, and typically does not pay a lot.

On top of all of that, the mental, emotional, and physical requirements of the work, can be very taxing. Their spouses and children often experience extraordinary pressure out of concern for their loved ones on the job.

Police and law enforcement officers are public servants. Yes, of course they are employees but they are also servants. They have to be. There are so many outstanding people – both men and women – who serve in our cities and communities in the field of law enforcement.

Sadly, in our country and current culture, it seems to be a very unpopular line of work to be in the eyes of many people. Too many in our nation seem to feel that they have valid reasons to oppose people in law enforcement.

Those in law enforcement need much prayer today.

We, the church, need to pray fervently for policemen and women and others in law enforcement. They are in great need of prayer and spiritual support all the time, but especially right now. Their jobs are to protect people and often they have to deal with some of the most difficult people in society.

They have to deal with angry people, disturbed people, and people with mental challenges. Often they have to interact with or arrest people who are drunk, high on drugs, depressed, suicidal, and other states of mind that cause people not to be their normal selves.

How do we expect the police to deal with all of that kind of pressure – every day?

They are public servants and serve a vital role in our world. They also serve in a God-ordained position of authority (see the passage above). They are peace officers, and part of their responsibility is to help to keep the peace in society. Tragically, we see the kingdom of darkness vigorously attacking these outstanding people who are truly public servants.

Obviously, you will have some persons in this field who should not be there and whose actions throw a negative shadow on all the others. And yes, there are times in which those in law enforcement do wrong. But by and large, some of the greatest people in the world serve as law enforcement officers. Many of them live every single day sacrificially doing their job and serving the public.

I recall reading not long ago about a police officer who had stopped a young African American man with a child in his car without a child car seat. The man he stopped said he couldn’t afford a car seat right now. The officer, instead of ticketing the man, took him and the child to a local Walmart and bought the man a car seat – out of his own pocket.

This kind of action on the part of law enforcement officers is much more common than most of us realize.

We should always remember what happened in New York on September 11, 2001. So many of the heroes that day were police officers, firemen, and other public servants. Many a police officer ran into the Twin Towers on that tragic day and never came back out – alive.

Today, there are many voices calling for the elimination of the police. The reality is that those same people who are demanding that we defund the police the loudest would not hesitate to call the police if they felt the least bit threatened or in danger in their own neighborhood.

The very idea of eliminating the police is a crazy thought. It’s actually a demonic thought. Yet, it should be expected from the Devil and the kingdom of darkness. Satan would love to eliminate this God-ordained authority that we call law enforcement. He knows exactly the kind of chaos that would follow in a lawless society – without police.

Not only should they not be eliminated, but they should also receive raises and more support from the government.

Those in law enforcement are in great need of grace, wisdom, guidance, and protection that only God our heavenly Father can provide for them.

Let’s make it a priority to pray for them every day.

A Prayer for Police and people in Law Enforcement

Give them wisdom, discernment, patience, and grace as they work with people, many of whom can so often be difficult to deal with.

Thank you, Lord, for all of these public servants. In Jesus’s name, Amen.”

Then if my people who are called by my name will humble themselves and pray and seek my face and turn from their wicked ways, I will hear from heaven and will forgive their sins and restore their land (2 Chronicles 7:14).

Individuals, families, communities, and our nation as a whole need to see so many things differently. We desperately need to see things from Christ’s point of view. All other perspectives are wrong.

Jesus really is the answer for our nation and the whole world. Please pray.

Biblical Images of Manhood By Joseph Parker In the Word of God, from Genesis to…

Prayer, Pain, and Power on the Gridiron

Prayer, Pain, and Power on the Gridiron By Joy Lucius It’s a Friday in September,…

A Movement Where All Souls Matter

A Movement Where All Souls Matter By Hannah Harrison On Tuesday, June 2, many people…

Yielding Ourselves to His Spirit

An Unshakable Kingdom By Jonathan C. Brentner Is there anything around us today that we…