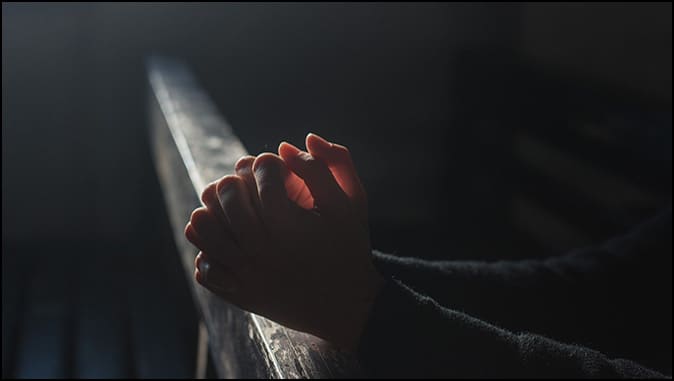 Politics Aside: Can Prayer Save America?
By Buddy Smith

Our nation is in great turmoil, both financially and morally. The problems we are facing are too large for human understanding. Culturally, we are becoming more and more secular. Never have we needed His intervention so desperately; never before have we felt so helpless in this battle for the soul of our nation. Is there hope?

My friend Dave Butts recently wrote in Prayer Connect magazine urging readers to pray and believe that God can still save America. Actually, I was captivated by the theme of his article, “Can Prayer Save America?”

2 Chronicles 7:14 promises, and history has recorded, when God’s people get serious about prayer, repentance, and humbly seeking the will of God, He pours out His Spirit and heals our land. Thankfully, history has recorded pivotal periods of obedience that demonstrate His desire to act when we get serious. On several occasions, God has poured out of His Spirit, and entire cities have turned to Him. Prayer meetings have swelled into the streets, and millions around the world have ultimately felt the impact.

The moral impact of the first Great Awakening (1734-1760) is often credited with laying the foundation for the formation of our system of government after the American Revolution. The church was in a state of spiritual slumber but was suddenly endued with the power of Pentecost. As the message of repentance and the lordship of Christ were proclaimed in power, congregations across New England experienced the manifest presence of God. So many souls were converted that some thought the millennial reign of Christ was imminent.

As power fell from heaven in the second Great Awakening (1790-1840), believers lay prostrate before God in repentance. In the newly settled frontier regions, settlers in thinly populated areas gathered at camp meetings for fellowship and went for weeks at a time with thousands eager to hear the gospel. Society was transformed as the awakening spilled out of the church and into the world. Upon their return home, most converts joined or created small local churches, which grew rapidly. Social reform movements sprang up to address societal evils such as child labor, alcoholism, poverty, the suppression of women, and the terrible blight of slavery. In an unprecedented way, missionary organizations were founded that still carry the gospel to the farthest corners of the world.

Preoccupied with growing wealth, by 1857 hearts had grown spiritually cold, and most had forsaken God completely. Then the Great Prayer Revival (1857-1858) sprang forth in New York City when a concerned businessman decided to pray that God would change people’s hearts. On September 23, 1857, he held a prayer meeting in the Old Dutch Reformed Church on Fulton Street. Only six people participated, but he persevered. Every week, more people came. When the stock market crashed, the prayer meeting was flooded with suddenly awakened souls. At its height, more than 10,000 were estimated in attendance. Additional prayer meetings sprang up across the eastern seaboard, the frontier, and into California. God was on the move once again, and as many as 50,000 people a week were being converted.

Can prayer save America? The stresses and woes of our nation today are comparable to critical times in our nation in the past. It could happen again. We have seen Him save our country in the past, and we should be calling on Almighty God to do it again.

We need a new work of God for a new generation, so the world may know that there is indeed a God who lives, who empowers, and who changes the destiny of those who call on Him.