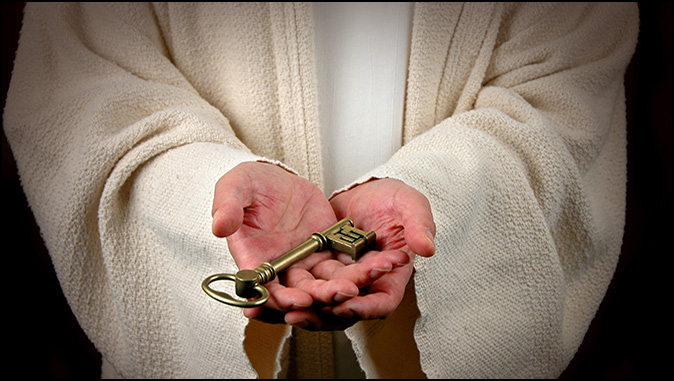 My Heart, His Kingdom
By Hal Lindsey

Wars are always packed with tragedy and pain. But these days we see these things in a unique way. According to the CIA Factbook, Ukraine has almost as many cell phones per capita as the United States. Cell phones double as motion picture cameras and audio recorders. Those mechanical eyes and ears connect to the internet.

All wars are tragic, but this time we can see war’s tragedies in a more personal way than at any other time in history. And what we see — the sights and sounds from those Ukrainian cell phones — breaks our hearts.

We see the cruelty, the anguish, the fear, and the pain. There may have been times when you were so overwhelmed that you had to stop watching. I understand. It doesn’t mean you’re hardhearted. Just the opposite. It means you are able to empathize, and sometimes that becomes too much to bear.

Sadly, Ukraine is not the only place of cruelty and pain on planet earth just now. Many Christians in Africa, for instance, face unspeakable brutality. The Uyghurs in China are experiencing a level of persecution that some say approaches genocide. And don’t forget the “little” atrocities committed against vulnerable people even in affluent circumstances. All over the world, people suffer the aftereffects of their own and other people’s sin.

As the days pass, more Christians find themselves praying with John in Revelation 22:20, “Even so, come, Lord Jesus!” We long for the millennium, for a world made right by the rule of God the Son, the Prince of Peace. Those of us who know Him, know that we can trust His will. And where He reigns, His will prevails.

But the Bible doesn’t just speak of a future kingdom of God. It also speaks of God’s kingdom in the present tense. Mark 1:15 reveals the message with which Jesus began His preaching ministry. “The kingdom of God is at hand.”

Colossians 1:12-14 says, “Giving thanks to the Father, who has qualified us to share in the inheritance of the saints in light. For He delivered us from the domain of darkness, and transferred us to the kingdom of His beloved Son, in whom we have redemption, the forgiveness of sins.”

We need that power now. We need to speak His words with His authority. We need the confidence that comes from knowing we stand safely in the center of His will. May we be circumspect in our thoughts, disciplined in our actions, diligent in our work, and faithful to learn His will by studying His word and going to Him in prayer. In times like these, may we consistently behave as commissioned representatives of His Kingdom—for our loved ones and for a desperate world.