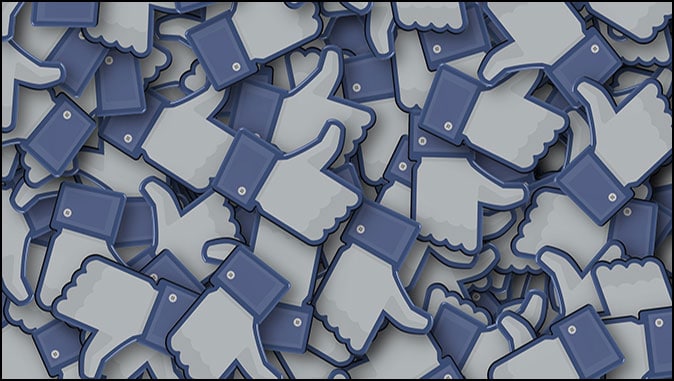 Time probably never moves slower than when you are waiting in a doctor’s office. After checking everything on my phone, and watching whatever generic channel the television is on, I often find myself looking around the waiting area at all the other people who are bored beyond belief also. But as I sat through an unusually long wait the other day, I found that is was not what I saw around me that drew my interest, but what I heard.

Sitting a couple of chairs from me were two young girls, both probably in their late teens or early twenties. Both so caught up in conversation they did not realize how loud they were speaking. And as they spoke, it was the words they were saying that caught my attention. Let me rephrase that, it was not words they were saying, it was one word they continued to repeat over and over. It seemed like every other word they spoke was “like”! “Like, she said..”. “Like, I have one of those.”. “Like, anyone would care if…”. In a matter of moments, I had heard the word “like” more times than I had heard the word in total over the past year. So me, being one of curious mind, looked at my watch and decided I would see how many times they used the word “like” in sixty seconds. And as I watched the time move that minute, the “likes” just keep adding up. By the time the minute was up, the two girls had used the word “like” forty-two times! They were speaking the word so often it become hard for me to keep count, often both saying the word at the same time. I began to think to myself, if I could get just a quarter each time these two girls used the word in the course of a day, I would gladly pay off this country’s national debt before I immediately retired!

Later that day, as I thought again about the conversation I heard from these two young girls. I began to wonder what words people heard me speak in my conversations. Were the intent of my words lost in the foolishness of my dialogue? Do my words leave others wondering more about me, than they do about the meaning of the words they hear from me? And as I thought about what others heard from my words, an even greater question came to my mind. What does the Lord hear each time I open my mouth to speak?

My words, often stand as my witness, as the image I show others of His presence in me. Words, that often allow me to reflect the difference that only He has made in my life. But words, as I took a moment to think about, made we wonder how much of a reflection of Him others are left seeing and hearing.

Do my words serve as a reliable witness? Do those words attest to the fact that He, alone, is my Lord and Savior, and all my hopes and dreams rest in His hands? Do others hear in my words as I seek to share the Gospel, the sacrifice that Christ made for someone as undeserving as me? Do others hear the strength of the Holy Spirit in my words, or do they just hear the weakness of my own voice? And do my words leave them hearing and seeking a hope that only through Him tomorrow can bring? Or do my words leave them only focused on the failures they see in me today?

The Word of God tells me, what the perfect, witnessing sound on my words should sound like. “Always be prepared to give an answer to everyone who asks you to give the reason for the hope that you have” (1 Peter 3:15). In each witnessing word I speak, must be heard the glory that can only be found in Christ. A glory, that did not end on the Cross, but began as He gave all on that Cross.

Opportunities, to take His Word to a needing world, as on a past day, that Word was taken to a needing man who carried my name. And witnessing words, that find their greatest joy in hearing others speak the words, “Christ, I give my life to you”. Knowing that those words serve as a greater witnessing statement than any words I might ever speak.

Each day, I need to make sure I am doing the job He called me to do, and seeking to perform that job not to the limitations and failures of my own abilities, but to the endless abilities that the Holy Spirit brings to my life. Making sure that in each of my words, all are pointed toward His direction, not ever left staring in my direction. Words that do not leave others doubting and focused on the foolishness of my words, but leave all, without a doubt, immersed in the wisdom of His words. Words that leave me standing as a credible witness, not as an “expert consultant” that Satan is happy to see taking the stand.

From the strangest of situations, in listening to two young girls butcher the English language in a doctor’s office waiting room, the Holy Spirit found a way to speak clearly to me. Showing me that my words are not about how many ‘likes’ they might receive on social media, but by how “likely’ others are to hear His Word when I speak. Words that serve as a witness to His glory, and words that are only concerned with whether He records them as “like”able in His Book, not how others might view them on Facebook.

Praying each of my words are always heard by Him as “like”able.

The Israelites and Us

God Loves You Everlastingly By Dr. Joe McKeever "The Lord has appeared of old to…

Biblical Living By Joseph Parker "In the beginning was the Word, and the Word was…

Husbands: God’s Call to Be the Spiritual Leader of Your Home

Husbands: God’s Call to Be the Spiritual Leader of Your Home By Pastor Michael Johnson…

The Dark, Double life of Ravi Zacharias By Julio Severo The high-profile, Reformed apologist and…