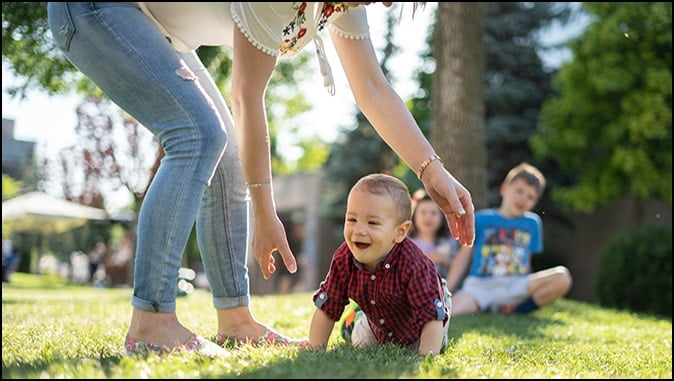 “For this child I prayed, and the Lord has granted me my petition which I asked of Him. Therefore I also have lent him to the Lord; as long as he lives he shall be lent to the Lord. So they worshiped the Lord there” – (1 Samuel 1:27-28).

Three unique stories of life, pregnancy, and motherhood are found in the Word of God under very unique and interesting circumstances. Hannah, Elizabeth, and Mary are three women from the Old or New Testaments of the Bible who each became mothers through unique circumstances.

The story of Hannah is found in 1 Samuel chapters one and two. Hannah was a young wife who had a great desire to be the mother of a little boy. She was barren until after praying and committing her son to the Lord, the Lord blessed her to conceive and birth a son.

Elizabeth’s story is found in Luke chapter one. Elizabeth and her husband, Zechariah, had prayed for a child for a long time. And, after many years, the Lord blessed them with a son. When she did become pregnant, it was at an age that people would clearly consider her pregnancy as miraculous.

Mary was a young virgin, who was betrothed to a man named Joseph. Her story is found largely in Matthew chapters one and two and Luke chapters one and two. Yet before the consummation of their marriage, the angel of the Lord appeared to her and announced that she would be the mother of the Messiah. She was soon found to be with child by the overshadowing of the Holy Spirit of God before she was married. In Luke chapter one, Mary responded by giving God great praise and thanksgiving for the blessing and honor of the responsibility.

There were other women in Scripture who longed to be mothers or treasured being a mother: Sarah, Rebecca, Rachel, and Leah to name a few.

A question that one might ask is this: Why does any woman wish to be a mother? Mothers typically have to give so much of themselves to one or more children. They will typically sacrifice much of their time, strength, and attention on them.

Obviously, during pregnancy, there can be much discomfort, inconvenience, and sacrifice by the mother, in order to see after the well-being of the baby. Her child, during and after pregnancy, will be the focus of much of her time and attention. And this may be true for around eighteen years or so of her life. It seems that sacrificial giving of oneself is just part of being a mother.

Interestingly though, Naomi, in the book of Ruth, speaks of her daughters-in-laws finding “rest, each in the house of a husband” (Ruth 1:9). Since when does a mother find “rest” in her home with a husband and a number of children?

It seems that Naomi is not so much talking about rest for her physical body. She is referring to rest as in a sense of fulfillment and contentment as a wife and mother of children. And there is definitely a sense of fulfillment for many women when they are blessed with certain gifts that only God can give. Some of those gifts are marriage, pregnancy, and motherhood.

Without question, we see in God’s Word that many women longed to bear children, longed to be mothers, and often desired to have an abundance of children (Genesis 29 and 30).

Tragically, we live in a world and culture where many do not value these precious gifts from God. Sadly, some people don’t seem to place much value on them.

In fact, some people would say that pregnancy and motherhood are a burden and an inconvenience. People who support abortion will often have and encourage this kind of attitude.

Why would anyone be unwise enough to destroy that which God creates?

There are so many women who long to be pregnant and have a baby but have not been able to. Certainly, there are many mothers who are mothers through adoption which is certainly a wonderful thing. Becoming a mother through adoption is also a gift from God.

As we take time to pray for and honor our mothers during this season, let’s also take time to honor God who gave us mothers. And may we also recognize, honor, and cherish the gifts God has entrusted to them: life, pregnancy, and motherhood.

God’s Word at Work and on Display

God's Word at Work and on Display By Joseph Parker Hear, O Israel: The Lord…

Why Prayers For Healing Fail, Part 1

Why Prayers For Healing Fail, Part 1 By Jack Kelley People come up with all…

How Do We Respond?

How Do We Respond? By Jonathan C. Brentner If you are like me, you find…

Living Proof of the Awe-Inspiring Power of Jesus