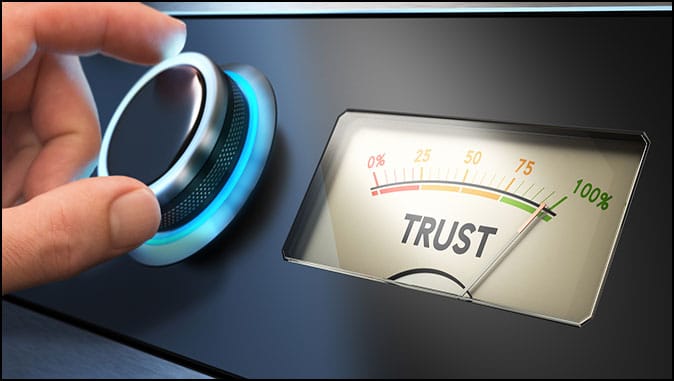 Let Not Your Heart Be Troubled
By Grant Phillips

Most of us would agree that this world has gone mad, but we in the USA should consider that many other countries have been experiencing madness as a way of life. What magnifies the insanity here in America is that it is new to us. We have been the land of the free and the home of the brave for many, many years. Love of country has been our badge of honor. Respect for authority (police agencies for example) has been taught to us by our parents. Respect for others was once engrained in our psyche. Sexual morality and character-building once existed in our society, as did honesty and justice. Then it all started going south around 1963.

It’s nearly impossible for the younger generation, but for those in their twilight years the contrast is shocking. The world I remember and the world I see now are as different as two sides of a coin. It’s the same coin, but that’s about it.

The country I love, the one of my birth, is beginning to pay for its rejection of the God of the Bible, and it’s just going to keep getting worse. In my opinion, there is no longer any hope for us as a nation. We have crossed the line, and the wrath of God is coming soon.

However, there is hope, a sure hope, for every believer in Jesus Christ. He told us in the introductory Scriptures above to believe in Him. He said He will give us peace, not the phony peace the world gives, but real peace that works. He told us to not be troubled or afraid. Even though the world is falling apart around our ears, God is faithful to His Word and will not disappoint.

Many Christians are afraid, or at best concerned, but as you trusted Him to save you, also trust Him to be with you in times of trouble. We can rest assured that God is in control. What we are seeing today surprises many of us, but God is not surprised. The world is doing exactly what He told us it would do as the days draw closer to His return. Notice the following words of God and take heart.

“Why do the nations rage, and the people plot a vain thing?

The kings of the earth set themselves, and the rulers take counsel together, against the LORD and against His Anointed, saying,

“Let us break their bonds in pieces and cast away their cords from us.”

He who sits in the heavens shall laugh; The Lord shall hold them in derision.

“Yet I have set My King on My holy hill of Zion.”

“I will declare the decree: The LORD has said to Me, ‘You are My Son, today I have begotten You.

Ask of Me, and I will give You the nations for Your inheritance, and the ends of the earth for Your possession.

You shall break them with a rod of iron; You shall dash them to pieces like a potter’s vessel.’ ”

Now therefore, be wise, O kings; be instructed, you judges of the earth.

Serve the LORD with fear, and rejoice with trembling.

Kiss the Son, lest He be angry, and you perish in the way, when His wrath is kindled but a little. Blessed are all those who put their trust in Him.” (Psalms 2)

This passage of Scripture is just as relevant to us today as it was to Israel during the days of King David. By the way, did you notice the last sentence, “Blessed are all those who put their trust in Him?” With that said, let’s take a look at a few Scripture passages in the book of Jeremiah.

Those Who Trust In The Lord

“But blessed are those who trust in the LORD and have made the LORD their hope and confidence.

They are like trees planted along a riverbank, with roots that reach deep into the water.

Such trees are not bothered by the heat or worried by long months of drought.

God knows what He is doing. We just need to trust Him. He is divinely orchestrating this fallen world to its own fate. We look around us and see man fighting against man, but the real battle is spiritual. The apostle Paul said:

“For we do not wrestle against flesh and blood, but against principalities, against powers, against the rulers of the darkness of this age, against spiritual hosts of wickedness in the heavenly places.” (Ephesians 6:12)

Does it seem the battle is intensifying? Well it is, because Satan is quickly approaching his last days and he knows it. I have no idea when the Tribulation will start, but one thing is sure, all the road signs are pointing in that direction. And remember, Jesus removes His bride before His day of wrath (Tribulation) begins.

Understanding these verses and accepting them will help us be just like the trees God speaks about in these verses of Jeremiah 17:8. By the way, He says the same thing in Psalms 1:3.

Those Who Trust In Man

“This is what the LORD says: “Cursed are those who put their trust in mere humans, who rely on human strength and turn their hearts away from the LORD.

They are like stunted shrubs in the desert, with no hope for the future. They will live in the barren wilderness, in an uninhabited salty land.” (Jeremiah 17:5-6)

Those who trust in the Lord do not put their trust in man, but to the contrary, those who do not trust God will depend on our man to pull us out of this mess we have created for ourselves.

These dear folks will depend on Presidential leaders and Congress to save our bacon. They will believe that politicians and the media are being truthful to us. In other words, they are naïve to say the least.

The sad thing is the Democrat party is doing everything in their devious might to destroy this country. The same can be said of some Republicans. Will God continue to work through President Trump and Vice President Pence? I pray He does, simply because it tells me anyway that God is delaying His game plan a short while longer so more can be saved.

The point is that those who trust man over God are going to be mightily disappointed. If President Trump does not get a second term, the Democrats will finish what they started with Obama and destroy everything this country has stood for over the last 200 plus years. If President Trump is allowed by God another four-year term, the anti-nationalist Democrats (and some Republicans) will attempt to derail President Trump at every turn, just as they have been doing the last four years.

The Democrats (and some Republicans), the liberal media and others of influence want more than anything to have a one world government. Guess what? Eventually, that is exactly what they will get. It will be headed by the Antichrist during a time called the Tribulation, all because they trust in man instead of God.

Those Who Trust In The Heart

“The human heart is the most deceitful of all things, and desperately wicked.

Who really knows how bad it is?

But I, the LORD, search all hearts and examine secret motives. I give all people their due rewards, according to what their actions deserve.” (Jeremiah 17:9-10)

Our county does not have a political problem, or a morality problem, or a justice problem, or a ________ (fill in the blank) problem. Our country has a heart problem that is filled with sin. All these other things are just what flows out from a deceitful and wicked heart.

Only a deceitful wicked heart would look us in the eye and purposely lie to us for their own gain while they smile at our gullibility.

Not so … those who trust in the Lord. Satan is having a field day for now, but we know who gets tossed into the lake of fire when the dust settles. No wonder he is fighting so hard. But we have nothing to fear and everything to rejoice about. Our Lord and Savior, Jesus Christ, will rule with a rod of iron in the end. I close with these verses:

“And, behold, I come quickly; and my reward is with me, to give every man according as his work shall be.

I am Alpha and Omega, the beginning and the end, the first and the last.

Blessed are they that do His commandments, that they may have right to the tree of life, and may enter in through the gates into the city.

For without are dogs, and sorcerers, and whoremongers, and murderers, and idolaters, and whosoever loveth and maketh a lie.

I Jesus have sent mine angel to testify unto you these things in the churches. I am the root and the offspring of David, and the bright and morning star.