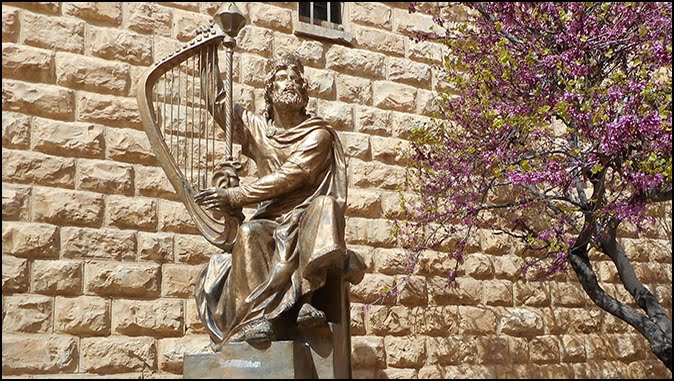 “Do not banish me from your presence, and don’t take your Holy Spirit from me. Restore to me the joy of your salvation and make me willing to obey you.” – Psalm 51:11-12 NLT

What about the sins of David? Adultery, lying, judicial murder? When Saul’s are compared with these, Saul’s don’t seem that important. Yet, Saul lost the kingdom and David was granted an eternal dynasty. What’s going on?

Now don’t misunderstand me, David’s sins were tragic. I am in no way condoning them, excusing them, or by all means, recommending them! They poisoned his reign to the end of his days. But I want to say this: Saul’s sins were those of an unsurrendered spirit, whereas David’s sins were sins of the flesh. We rather instinctively think of the sins of the flesh as worse. Not necessarily. It is pride, envy, jealousy, and covetousness that are the most destructive of all.

For David, as with all of us, his weaknesses were the opposite side of his strengths. Because David had thrown himself on God at an early age, he was remarkably free of himself. He was not second-guessing himself all the time, wondering what people were thinking of him. This is why his troops were so fantastically loyal to him. Saul would never have committed adultery with Bathsheba because he would have been worrying about what somebody else would think. David was free of that need to think about himself. On the positive side, it made David able to be decisive, but decisive can become impulsive, which is what happened here.

But how can it be said that David was a man after God’s own heart? There is a world of difference between a lapse and a settled way of living. We can see the difference in David’s response and Saul’s. When Saul was confronted with his sin, his only thought was that he might lose face in front of his people (1 Sam 15:30). But when David was confronted, his thought was that he might lose God! His cry was, “Don’t take your Holy Spirit from me!” (Ps 51:11)

So what shall we say? That it is better to commit sins of the flesh than sins of the spirit? Never! Don’t sin! But this is to be said: surrender your spirit to the Lord and be free of yourself. Then stay so close to the Spirit that your strengths will never become your weaknesses.

Being a Real Man

The Power of Choice Given by God

The Power of Choice Given by God By Joy Lucius "Great is our Lord, and…