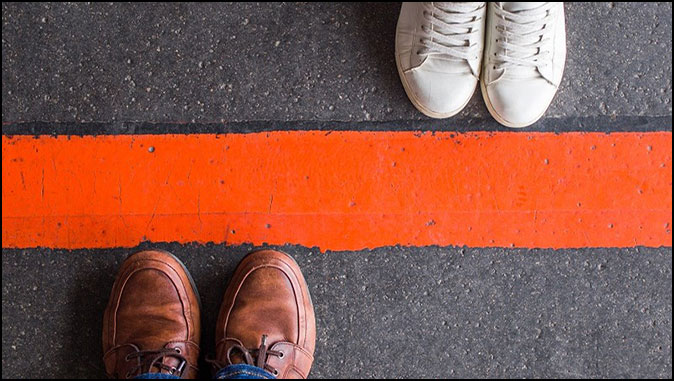 Jesus Did Not Come to Bring Unity
By Mason Beasler

The title might startle you, or maybe even enrage you. I was just as startled when I first read some of the most shocking words ever spoken by Jesus Christ.

It’s worth mentioning that I haven’t heard a single sermon on these verses, which is unfortunate considering how directly they speak to a very glaring, very current problem in our country.

“Do you think I came to bring peace on earth? No, I tell you, but division. From now on there will be five in one family divided against each other, three against two and two against three. They will be divided, father against son and son against father, mother against daughter and daughter against mother…”

Division. That certainly doesn’t sound like the Jesus that many people claim to follow today. The Jesus I hear people talk about is one who acts solely on love and acceptance, and nothing more.

The trap has been laid very strategically, and many, many followers of Christ have fallen victim to it.

This is the trap called compromise.

So often in this life, we’re caught up in the togetherness, the good feeling we get from being joined with each other and undivided from those we care about. After all, we are created to be social, interactive beings (See Genesis 2:18 and Hebrews 10:25). Unity is obviously not a bad thing.

However, in this striving to unite and include, the concepts of morality, excellence, and obedience to God’s Word are often forgotten.

The notion of “unity” has been placed on the highest pedestal. To the world, morals are far less valuable than everyone getting along and just loving each other.

Maybe this is why we only hear about Jesus as loving, caring, compassionate, inclusive, etc. (He is all these things, no doubt.)

However, we never hear Jesus described as the type of person who draws a line in the sand. Some will follow the truth, some will not, and this decision will divide all people into two groups in the end.

This plays out in society in a very gradual way, similar to a waterfall slowly but surely eroding the rock beneath it.

If one person or section of the group starts to waver in their beliefs, doubt the authority of the Bible, or bend the truth, the temptation is often great for others in the group to follow that current, and disregard God’s Word, all in the name of continuing to include that person or cell of people.

In fact, according to a 2014 Pew Research Center study, 60% of UMC members believe that homosexuality should be accepted.

Regarding this issue, these individuals have bent the truth thereby rejecting the authority of the Bible which enables them to accommodate sinful behavior with what they suppose is a clear conscience.

Most importantly, this compromise has prompted a group within the UMC denomination to begin to split off, to divide itself from the whole, so as to not forsake God’s Word. This new body will continue to view the Bible as the absolute truth, not a book of suggestions that can be swayed by the politically correct tide of the day.

This is not a picture of unity, but unity is not why Jesus came.

This is an entire denomination fractured in two, simply because of the Word of God. One side has opted for truth, while the other has discarded it entirely.

The glaring, current problem I mentioned above is represented in the latter side, the side that has turned from God’s Word. This group of people has allowed certain individuals, those who practice or support a homosexual lifestyle, to distort the morals of the group as a whole, thus altering their collective stance.

Christians in this world will be challenged and chastised in all their views, for each one is contrary to the secular whims of the world. This persecution will only worsen as the world moves further and further from the Word of God.

Dedication and obedience to Jesus Christ and His Word will result in a person looking different from the world, so division and separation naturally follow. Read the stories of Siti in Malaysia, Paulus in Pakistan, or Mariam in Guinea. These people were despised and rejected by their own families, simply because of their faith in Jesus.

This is not a picture of unity, but unity is not why Jesus came. He came to bring salvation.

We as believers must stand firm in the truth, and refuse to sacrifice morality and obedience in the name of unity.

Following Jesus is powerful and polarizing, and will naturally result in a life lived differently from those who reject Him. Even still, a city on a hill cannot be hidden, and through our witness, we can lead people to Jesus.

It’s a life worth living.