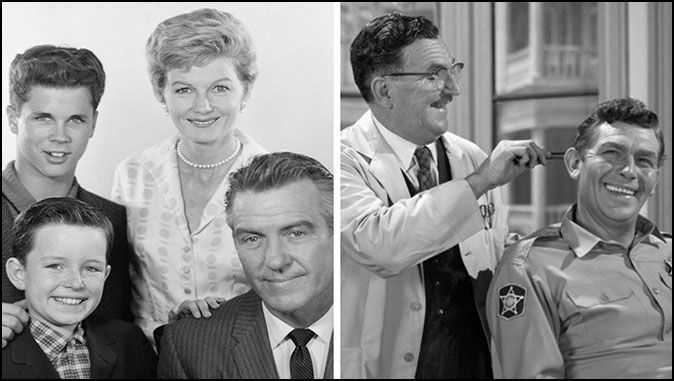 I Remember When…
By Bert Harper

In my early 20’s, I was a young eager pastor trying to preach God’s Word to a majority of people who were more than twice my age or older. I’ll always be thankful to those who were forgiving of my lack of experience and for those who encouraged and even praised me at the end of each service. But soon, some of the older members began to say something that was often hurtful: “I remember when…”

Usually, following this statement would come an explanation of how much better things were years ago in this same church. The member would proceed to share how much better the attendance was, how much better the sermons were from the former pastor, as well as the superiority of the visitation program and how it really worked. I never forgot how painful these comments were to hear, but now I am tempted to do the same thing and …“remember when!”

Being raised just outside of a small community in the South (smaller than Mayberry), my parents had more advantages than my sons and their wives have today raising our grandchildren. Even though today’s parents have the advantage of internet access, restaurants on almost every corner, twenty-four-hour news, and even channels that keep us posted about the latest emergency, I am writing about advantages that really matter more.

First, my parents had the advantage of the local school. Yes, I said school. My teachers were members of our local churches and lived in our community. My first-grade teacher was a Sunday School Teacher and a clerk at my church. At the local public school, she taught me to read from the books about Mom, Dad, Dick, Jane, and Sally. There was no hint that this was in any way harmful to the students who did not have both parents living at home. We also said the blessing for our food before we left the classroom to go to the “lunchroom” for our noon meal. Our teacher would even call on some of the students to pray and I can’t ever remember a parent threatening to sue the school over such an “outrageous activity.” We heard Bible stories as well as biographies of Thomas Edison, Jesse Owens, Clara Barton, and many others, which helped us to dream about what we could become one day.

Second, my parents had television programming which helped them with their parenting. Father Knows Best was not only entertainment, but it also helped to equip parents with encouragement and problem-solving. The Cleavers, on Leave It To Beaver, were great role models and demonstrated the value of two parents working together raising a family. The Andy Griffith Show (my favorite) had a child being raised by a single dad and displayed the significance of true relationships. Even today as I watch the “Mayberry” reruns, I learn more about the power of a parent’s love, as Andy demonstrates his love toward his son, Opie. The value of true friendship between Andy and Barney also challenges me to ask the question, “What kind of friend am I?” Yes, many of the television programs helped my parents to raise me to be the man I am today.

Third, government was not oppressive toward families, and as a matter of fact, they promoted family values. Divorce was rarely talked about openly except in the real lives of movie actors, and there was no such thing as a “no-fault divorce.” Instead, not having this “severing of a family under impulse” many times caused the parents to work out their differences and stay together. Excessive regulations did not harm small family farms, family-owned businesses, or mothers who chose to be home to raise their families. Government actually promoted these as honorable and preferable. Many of the taxes we have today were not a part of the tax code in 1960. When President Lyndon Johnson introduced many of the programs during his term in office, it added new taxes which have increased the tax burden on families, continuing to affect us today.

The fourth area that supported my parents was the local community. Most of us are familiar with the quote, “It takes a village,” also the title of a book written by Hillary Clinton in 1996. I found some truth in that quote, but the quote is totally inadequate. A more truthful quote would be, “It takes a family and a village can help.” That was certainly true with my childhood. Our neighbors, teachers, pastors, and friends were all contributors to informing my parents about my actions in the community. I remember times I misbehaved and by the time I returned home, my parents already knew and were ready with the discipline.

The fifth area of support for my parents was the local church. In those days, the church did not have as much competition as it does today, because the church and school were the center of activity for many communities. Our parents, relatives, and friends all met at church and discussed the Bible as well as the actions of their children. It was at church where I saw my dad walk to the front of the congregation and kneel at the altar and renew his relationship with the Lord. After seeing my dad respond to God’s invitation, it was a week later that, as a twelve-year-old boy, I asked Jesus into my life as my Savior and my Lord. Many years later, I was licensed and ordained to the gospel ministry in that same small home church. Months after that, I married Jan, the girl I had met there as well, five years earlier. She became my wife, as we said our vows to each other in the church that had grown so special to me through all of my early years. It influenced my life for good as it also helped my parents with the awesome responsibility of “training up a child.”

Today, I am convinced that my sons do not have the support that my parents had. The public schools, television programming, government, and community do not seem to give very much positive assistance to the family in the 21st century. This lack of encouragement places a lot of pressure upon parents and churches to do everything they can do to strengthen the family.

Yes, back in my growing up days it seemed to be easier for the family to make it, but the God of the Bible who helped young David to kill a giant, and Jesus to raise the dead, was on the throne then and is still on the throne today. We, as His children of all ages, need to read His Word, as we share it with our children and grandchildren.

You might even do what I did as a father of three young boys. I acted out a Bible character as my sons took their turns acting out some of the characters in the story. I played the part of Goliath as each son got to take his turn being David, the courageous giant slayer. We also acted out Jonah running from God and then having to be thrown overboard and swallowed by the big fish.

Those were great times between our sons and us as we tried to teach them God’s Word and help them to know that with God, we can be overcomers, and victorious even during hard times. It helped to bring God’s Word alive as we taught them to… “remember when!”