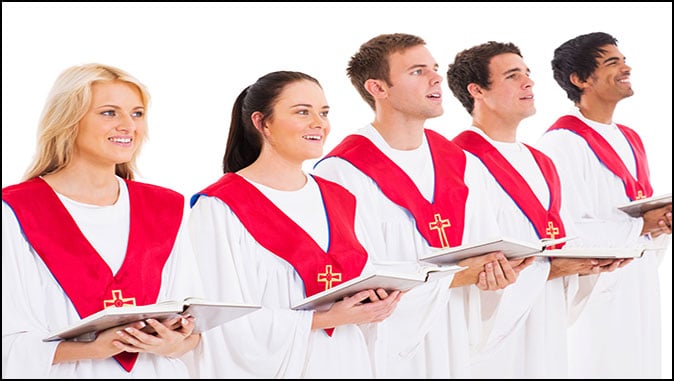 How Great Thou Art!
By Dr. Mike Murphy

It amazes me how the things we see around us can often bring our mind to a different place. Sometimes it takes us back to a precious memory in our life. Others times it point out to us a situation we need to deal with today. And other times it stills us, allowing the Lord to speak to us, reminding us that He is there.

As I heard the thunder, I made my way to the window to see the storm as it approached. I could see the lightning in a distance, and watched as the rain beat heavily off the window. In that moment, the storm brought me back to a time in my youth. An innocent time, when storms were nothing more than an obstacle that prevented me from spending time with friends, or from playing a ballgame I might have that night.

As I watched the storm, reliving my youth, my mind drifted back to a story I remembered being told about a storm. A story about a song we sang so many times on Sunday morning, a song that echoes through the halls of most of our churches to this day. A song we sang so often I remember the page number in the old hymnal to this day (page thirty-eight by the way!). A song most knew the words to by heart. But a song we turned to so often, I dreaded seeing it posted in the bulletin. A song I dreaded, until an older man in the church explained to me the history of the song, and how its’ words came to life.

On a warm summer’s day in 1885, Carl Gustav Boberg found himself walking home with friends following an afternoon church service. As they walked the hillside roads of Sweden that afternoon, nature began to speak with a loud voice. As they looked at the sky, storm clouds suddenly appeared, and they could see lightning begin to streak across the sky. As they watched, they could see the wind pick up, blowing through the fields of grain. And as they listened, they could hear the thunder exploding in loud claps above them in the sky. As they looked up, the rain began to fall, soaking not only them, but refreshing the fields with a much needed rain. But as soon as the storm came, it also left. And as they looked up again, they could see a rainbow appearing across the clearing sky.

As Boberg arrived at his home, he opened his windows looking across the bay. The stillness of the waters looked like a mirror staring back at him. He could hear the singing of the birds from the trees that surrounded the bay. And as the quiet of that evening approached, he could hear the playing of church bells from a distance. The sights and sounds of that peaceful evening led Boberg to recall the words of the eighth Psalm. “O Lord, our Lord, how excellent is thy name in all the earth! Who hast set thy glory above the heavens.” (Psalm 8:1). That evening, the words of a poem came to the heart of Carl Gustav Boberg, as the images of that day filled his mind. A poem titled, “O Great God”. A poem that would later be set to music, and played in the sanctuaries of every church throughout this world. A poem that no hymn book could not include, and no choir could not desire to sing. A song that would allow us to proclaim the greatness of our God. A song that tells us, “How Great Thou Art”.

As I continued to watch the storm that day, the words of Boberg entered my thoughts. “O Lord my God, when I in awesome wonder, consider all the worlds Thy Hands have made; I see the stars, I hear the rolling thunder, thy power throughout the universe displayed.”

As I look out at this creation, I began to wonder how anyone could question its Creator. How could anyone witness all they see, and not first see the power of the Hand that created all. How could they not see the purpose and the plan behind His creation, that only with intelligence and foresight far beyond the boundaries of man could all we see be envisioned. God’s Word tells us, “For since the creation of the world His invisible attributes, His eternal power and divine nature, have been clearly seen, being understood through what has been made, so that they are without excuse.” (Romans 1:20). Only the heart and mind of a fool, could look at this world around us, could see all that Boberg saw, and be left with any excuse. How could anyone look at the sights our eyes show us, and the sounds our ears give us, and not see the merits of the work that has come from the Lord’s Hand? How can they look at all the Lord has laid out in front of us, and not see He has a plan and purpose for us? Only a fool could claim that something came for nothing, when everything has been laid out for all man to see.

How can anyone not see the greatness of the God we serve? Of all the gods this world has professed, only one God has cared enough to make His Presence known. “To you it was shown that you might know that the Lord, He is God; there is no other besides Him.” (Deuteronomy 4:35). Only one God had the desire to walk among us, the adoration and worry to be with us. To feel what we feel, to experience what we experience. Only one God chose to walk in our shoes. Only one God brought His Word to life, and then gave that life so that we might know life. Only one God had the compassion to place Himself on a cross, so that no one in this world would ever have to bear the burdens of that Cross. Only one God showed us a way to turn the faults that limits our life today, into the promises that can guide us tomorrow.

Only one God prepared a place for us, so that we could experience an eternity with Him. Only one God cared enough to show us that our works could not bring us to that place. That our works could never tip the scales that would justify the actions of our life. Only one God allowed for a way for us to get this life right the first time. Knowing that if we lived it by our own means, it would not matter how many lives we lived. Only one God gave us His Word, then allowed history to prove His Word. Then used that history to show us that truth cannot be found in religion, but in revelation. It is only through the revealing of God to His creation that we can know the truth. Only one God has brought the random to absolute, and then brought that absolute to truth. Only one God has made evidence real, and has brought potential to our lives. And only one God has shown us that this life is more than a fleeting chance, but a chance to bring glory to His Name.

As I watch this storm, my soul sings. As the thunder booms, the lightning flashes across the evening sky, and the rain falls so fast that it clouds my window, my thoughts are the thoughts of Boberg. I know the only God who can make this storm pass, and can bring a calm to this day. Only the God who can create the rain, can stop the rain. And what a life He has given us that we can watch His creative hands at work! A life that at His touch, can cause the storm to pass in each of us, and can bring an eternity of calm to each of our lives. Boberg got it so right! It only takes four words to describe the God we serve, the God that fills our days and our nights. The God that created us, and brings purpose and meaning to our life. A God whose words are only matched by His actions. A God that only desires to hear us say, How Great Thou Art!

Praying the words of Boberg are alive in each of your lives!