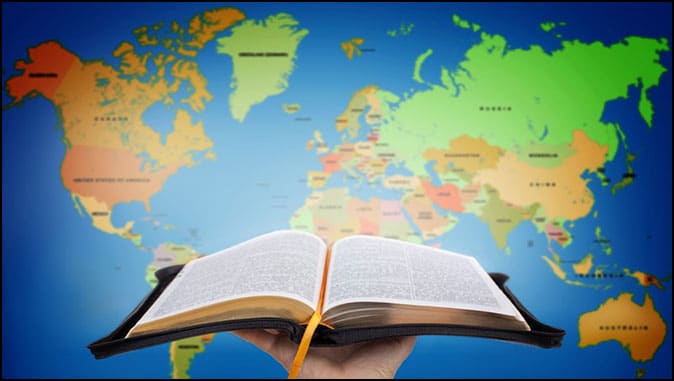 “And we know that for those who love God all things work together for good,’for those who are called according to his purpose” – (Romans 8:28).

Watch out world, you are about to be rocked in a way you haven’t experienced in a while. God is about to let even more of His glory shine. Honestly, I am not sure what exactly will happen or when. However, my sense is it will be as important as when Israel became a nation again in the 1940s.

During that time God showed a small fraction of His power pulling people together, delivering on promises written, and shocking the world. There was upheaval. There was pain. But there was also the glory of God displayed by His will being fulfilled despite the best attempts of man to stop it.

God will not be ignored in His will on this earth and in this land – not forever at least.

God’s power is working regardless of the battles being fought – whether spiritual or physical.

Some who battle are in the public eye more than others.

For instance, consider Pastor John MacArthur in California. While MacArthur is no Moses, he is certainly shepherding his congregation against a modern-day pharaoh-like governor who wants to keep Christians bound to regulations and rules made by man. Even though he and his congregants have been threatened with fines and jail, they continue to glorify God together in worship.

Some battles are in the public eye less, yet they are just as important for affecting the world through the power God grants them.

For instance, consider all the Christians who seek God’s will for choosing the most worthy candidate for president. Trust in God, dig into Scripture, and obey is what we do. Obedience brings blessings we cannot always see.

From obedience, we get to see a fraction of God’s power to work out details we never saw beforehand. Every legally qualified citizen who can vote gets a chance to share in God’s power. How?

God grants some of His power to those in authority, leaders, whether they are appointed or elected. Since we can participate in the election, we get to participate in sharing the power God shares with our leaders.

Not all wanting the power of leadership by election are worthy of it according to Scripture. Since all have sinned, let’s get that out of the way for a reason to vote or not vote for a candidate. Every hero of faith in Hebrews 11 would have something to which an opponent could find fault enough to not be elected to a leadership position by man.

What remains then? Which of these running for leadership as a lifestyle overall and with recent behaviors is most likely to bring God the glory He deserves regardless?

Honestly, it doesn’t matter who you or I think is best, but whether our choices match what God defines as best. D.L. Moody once said, “There will be no peace in any soul until it is willing to obey the voice of God,” and God’s voice is clearly seen and heard in His Word like Exodus 18:21a. Four characteristics for the best leaders are shared (for a five-minute video with more detail, visit here):

Voters will face the choice mankind always faces: Shall I obey God and His ways or shall I choose my own way? Only part of God’s power will be shown through the choices Christians make and whether they listen to guidance for finding a good leader. This is because His ways and thoughts are not our ways and thoughts.

As the Truth, He knows governments cannot save souls from His condemnation for sin. Only He can pardon after we accept the substitution and resurrection of Jesus. He drives history so as many as possible will come to salvation through His power. He drives history to purify His followers to be more holy like Him.

Because of these things, God’s power will be shown regardless of who wins – even in a highly contested election fraught with fraud. Will Christian obedience sway the vote? Will Christians who are led to repent do so?

Let God be glorified in all you do and how you do it. Mighty is our Lord and powerful are His ways. Against God’s power and hand, no plan can stand. Just as it was when Satan thought He won by crucifying Jesus, there is no power on earth that can tie God down.