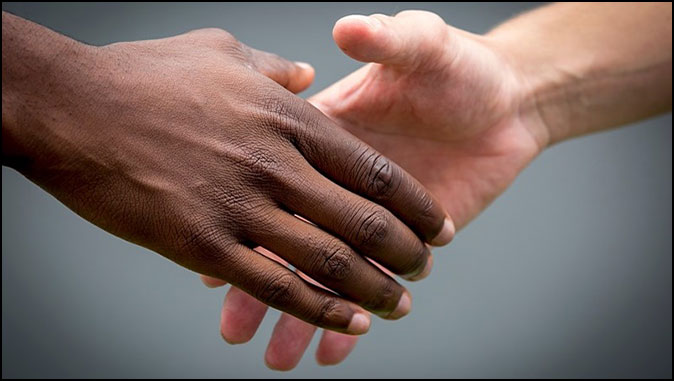 Over the weekend, in Anderson, South Carolina, vandals tore into a historic cemetery that belongs to Midway Presbyterian Church. Standing in this picturesque town since 1833, this cemetery connects families to multiple generations of history and legacy.

Scrawling “Black Lives Matter” over headstones in spray paint, and vandalizing more than twenty graves, these foolish anarchists represent the worst of this country. Most authorities and even church members seem confident that the perpetrators were not African-American.

Midway Presbyterian Church is my home church. My father pastored there for years, and I played the piano for many of the funeral services of people buried in that cemetery. Led by my father, I have walked with hundreds across the street from the church to stand by graves that this weekend bore slander and disrespect from vandals.

When I saw the pictures, angered well up within me. “Enough is enough,” I fumed to myself. “These idiots are out of control and we have even bigger idiots in power and in the media that are fueling this.”

Living two-thousand miles away, however, I felt helpless to even try to repair the damage.

Late in the evening, however, I received a call from life-long friends, Bonnie and Alan. They went to the cemetery to check on the graves of Bonnie’s parents. While there, they met Remar Rucker. Mr. Rucker owns a pressure-washing service, and he found out about the damage. Despite a long day at work, Mr. Rucker immediately rushed to help scour the graffiti off the headstones. After cleaning the stones, Mr. Rucker helped Alan reset as many as possible.

Mr. Rucker asked for no payment and no recognition from Alan or even the church. He stated that he felt outraged and embarrassed for what had happened—and wanted to do the right thing.

I asked Bonnie and Alan to send me his number, and I called Mr. Rucker. Introducing myself, I explained to him at the beginning of the call that I might get emotional. I was right. Choking back tears, I expressed my profound gratitude. He listened as I shared how my family lived next door to the little church, and how special that place remains in our hearts.

With a soft Southern accent (that I can understand perfectly!), he stated, “Sir, right is right.” Echoing what he told my friends earlier in the evening, he shared, “I just wanted to do the right thing.”

In our emotional phone call, he related some of his life’s journey. With a halting voice tinged with embarrassment, he told me “I’m no one special, and my background has a lot of brokenness in it.”

I shared with him that we have Savior who takes broken lives and weaves such beauty and purpose. “What you did today, Mr. Rucker models how our nation will be healed from all this craziness.”

It was his turn to get a bit emotional when I communicated that he has earned the gratitude of more people than he can imagine. Not just for cleaning graffiti at a cemetery, but for showing a distressed country the path towards healing.

We exchanged numbers, and I plan to keep in touch with this quiet man of dignity and humility. As we closed our conversation, I again thanked him, and said, “Mr. Rucker, you are what’s best about Americans!”