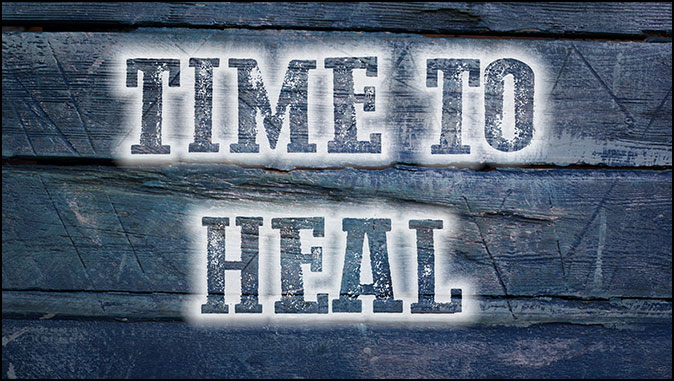 He Sent His Word to Heal
By Anne Reed

“If you do not accept Me tonight, you’re going to die.”

His heart pounded as the silent, sovereign words pierced his soul. Somehow, 22-year-old Stephen Black knew they were true.

Less than two years earlier, Black’s younger brother Chris had died of alcohol poisoning on Mother’s Day 1981. It was completely unexpected. Black’s grief intensified as he watched his mother struggle in the aftermath of the unspeakable loss of her son.

“I spent the next year and a half crying out to God about eternity and heaven and hell, wondering where my brother was,” he told AFA Journal.

Enveloped in despair and inner turmoil, Black questioned whether his homosexual lifestyle was acceptable to God. Yet, he continued on the path of sexual depravity.

On one particular night, a friend he had been partying with the night before suggested they go to her sister’s house.

When they entered the home, he was amazed by what he saw – people actually in love with Jesus.

“The Spirit of God was so present,” said Black, “and coming into that atmosphere, it allowed God to really speak directly to me.”

He had no intention of engaging anyone that night, but the unrelenting inner voice warning Him of his future demise compelled him to ask for help.

“All of a sudden, I looked over at this man sitting to my left, and I said, ‘I need to know Jesus like you all know Jesus.’”

As the two prayed, Black saw a vision. Though he had grown up in the Roman Catholic faith and always seen images of a dead man on a cross, what he saw in that moment was altogether different. He saw Jesus on the cross – alive!

“I saw my sin lifting up out of me and into Him,” Black explained. “And I was truly changed. This propelled me into this radical, transformative experience with Jesus Christ as Lord.”

“Does this mean you’re not going to be gay anymore?” his friend abruptly asked as they left her sister’s home.

Though he had attained a false sense of peace after the family priest had affirmed his lifestyle, he was suddenly facing the question from an entirely different vantage point.

That very night, he began diligently searching out Scripture for real answers. And he found them.

He quickly became part of a community of believers who held a high regard for the Word of God, who studied and memorized Scripture, all the while recognizing it as divinely inspired to give life.

Black’s relationship with Christ grew as he became an ardent student of Scripture. In doing so, Psalm 107:20 (NIV) became his life verse: “He sent out his word and healed them; he rescued them from the grave.”

Though he experienced lessening degrees of same-sex attraction for several more years, he never acted out again. He was equipped for the fight and delivered from the addiction.

Soon after his conversion, Black met the woman he would marry two years later. Meanwhile, most of the people he knew in the gay community were dying from a mysterious disease known as a gay-related immune deficiency, later renamed AIDS.

“And, so it put the fear of God in me,” Black said. “It made me realize He saved me to bring glory to Himself.”

A history of childhood sexual abuse had led Black to experience distorted thoughts, beliefs, desires, and patterns of behavior. Over time, he realized most people in the LGBTQ community have a similar history of trauma. He became increasingly filled with compassion and an unrelenting desire to help others.

He began serving with First Stone Ministries (FSM) in 1993 and stepped into the role of executive director in 2000. FSM is dedicated to bringing healing and freedom to the sexually broken and wounded – through a personal and intimate relationship with Jesus Christ as Lord.

“I’ve been ministering to men for 30 years,” he said. “Most men are up and down a bumpy road in coming out of their sexual addiction.”

The increased availability of pornography contributes to sexual distortions of all sorts, including homosexuality. Children are exposed to graphic sexual content, and their brains are rewired. The addiction takes over and distorts their thinking. Pornography also fuels the abuser.

Because childhood sexual molestation is often masked in tenderness, victims don’t always recognize it as abuse. Rather, they internalize it and believe lies about themselves.

“There’s a lot of history to be unpacked,” Black explained. “Many don’t understand it was actually devastating. It robbed them of their innocence and brought sexual distortion into their lives at an early age. That’s what happened to me. Just navigating through the pain of a person’s soul helps him come to terms with why he struggles with same-sex attraction or sexual identity.

“There’s a person behind [the behavior], somebody’s little boy or girl – and what happened to them. Typically, in pastoral care, we find either places of great sexual abuse or sexual distortion. And often, a deficit in the relationship with one or both parents, usually the same-sex parent, is discovered.”

In 2016 and 2017, FSM surveyed 185 of its clients from the previous 25 years. Before coming to FSM, 88%-92% were sexually broken and considered themselves sexually addicted, or they indicated their progress toward freedom had been minimal. But, after completing one or more years of ministry through FSM, 72%-73% considered themselves free from sexual sin and brokenness.

Of those surveyed, 55% were sexually abused. And 61% of those sexually molested struggled with same-sex attractions and initially considered themselves homosexual.

Black’s gratefulness for the warning that saved his own life and soul for all eternity is what drives him.

“That’s why I live my life in full-time ministry doing this work,” he continued. “His Word is true, and nobody gets to practice sexual idolatry and sexual sin and enter into the kingdom of God. I have to warn people … and help
them heal.”

After breaking free from the bondage of homosexuality, Stephen Black uses his story to encourage others to do the same. In Freedom Realized: Finding Freedom from Homosexuality and Living a Life Free From Labels, Black debunks myths of “gay Christianity” and teaches how to help the struggling find Jesus.

“Though many people claim they are born gay, it is childhood influences and not genetics that incline one to homosexuality,” Black writes. Looking into the root causes of gender identity, Black instructs the church on how to minister to the hurting.

With the use of gut-wrenching testimonies from individuals, pastors, and those engaged in this battle, Black encourages readers to recognize what all people need – wholeness in Christ. Written as a resource for anyone trying to understand where true freedom comes from, the book is available at firststone.org.

The Dying Art of Gratitude