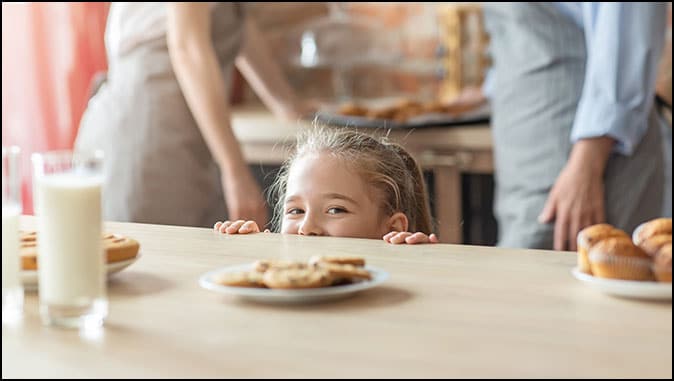 I remember when lying was considered unacceptable. If you did it and got caught (and you always got caught) you dreaded the consequences. Not anymore.

We are immersed in a culture of lying. We have come to expect our government to tell us falsehoods daily. I remember a time when a sitting president lied about 18 minutes of audiotape. When it came out that he was lying he resigned in disgrace. Now, presidents get caught telling so many lies you can’t keep up with it and it doesn’t seem to matter. The mainstream media barely veils its lies anymore. Parents lie to their children about marital issues and kids lie to their parents about what they’ve been doing while out or behind the locked door of their rooms.

We’ve all been sold a bill of goods that lying is not so bad. There are worse things you can do than tell a few lies here and there. Except they are not a few lies and they are not here and there. We’ve become so accustomed to the culture of lying that we don’t bat an eye anymore when we do it (this blog is not going into the ethics of lying in situations like lying to the Gestapo that there were no Jews in the house when there actually was). John Wesley wrote in his sermon “On Pleasing All Men” that “lying never yet found an apologist.” True. Yet one wonders if it ever needed one.

It is really difficult to understand how lying has become such an accepted and prevalent sin among Christians. Of course, lying was immortalized by being included in the Ten Commandments: “You shall not bear false witness against your neighbor” (Deuteronomy 20:16). Then in Leviticus 19:11, we read “You shall not steal; you shall not deal falsely; you shall not lie to one another.” It is interesting that lying is set in the context of stealing. It makes sense though, when you consider that lying is the theft of legitimacy. For that is the one thing that a liar can never possess: legitimacy of integrity. That’s not all in the Old Testament of course. There are literally scores of references to the evils of lying. From Psalm 7:14: “Behold, the wicked man conceives evil and is pregnant with mischief and gives birth to lies” to Proverbs 19:5: “A false witness will not go unpunished, and he who breathes out lies will not escape.”

In the New Testament we find the chilling account of Ananias and Sapphira in Acts 5:1-11. A husband and wife saw the generosity of Barnabas who sold a field and donated all of the proceeds to the apostles. They decided to sell a piece of property they owned and apparently represented to the apostles that the money they were donating was all of the proceeds from the sale. It wasn’t. Somehow Peter knew and called the couple out on their lie. When Ananias heard Peter say “You have not lied to man but to God” he died instantly. Later when Ananias’ wife continued with the lie, she too dropped dead. The final statement concerning the event was “And great fear came upon the whole church and upon all who heard of these things” (Acts 5:11). The “great fear” Luke wrote of was surely the fear of God’s clarity of vision.

Though much could be said of the plethora of passages in the New Testament dealing with lying or false prophets perhaps for the sake of brevity we will just deal with a statement of Jesus concerning the Devil.

“You are of your father the devil, and your will is to do your father’s desires. He was a murderer from the beginning, and does not stand in the truth, because there is no truth in him. When he lies, he speaks out of his own character, for his is a liar and the father of lies” (John 8:44).

Much could be said about that statement but for our purposes here the important part is the revelation that Jesus associates lying with a projection of character. In other words, lying is not simply what the devil does…it is who he is. You can read that a dozen times and still not grasp the enormity of what the words are attempting to convey. Lying is so much more than a mere little sin we commit. It is, in fact, the testimony of whose character resides within us. We saw that lying is associated with theft in Leviticus. Here in John, it is further attached to murder. That is some pretty hefty company that lying is connected to isn’t it?

I’m not smart enough to know if a child lying to his parent that he has finished his homework is on the same par as lying about stealing a cell phone out of another student’s backpack. Lying about how you enjoyed supper probably doesn’t equate to lying about an extramarital affair. But being able to determine the depth of a transgression is not really the point about lying is it? It’s not really about how much or how little harm is done by the lie.

The problem with lying is the shade it throws on the truth. Lying accomplishes much more than it seems. It hides something. It obscures something. And worst of all, according to Jesus, it is a projection of character (he speaks out of his own character).

“But as for the cowardly, the faithless, the detestable, as for murderers, the sexually immoral, sorcerers, idolaters, and all liars, their portion will be in the lake that burns with fire and sulfur, which is the second death” (Rev. 21:8).

All liars. The body of Christ simply must break free from the culture of lying we find ourselves swimming in. The seemingly innocent little lies we tell on a daily basis are laying the foundation for something far more sinister and damaging. First, we say we’re fine when we’re not. Then we say we love our neighbor when we don’t. Finally, we say we devoted our lives to Christ when we didn’t (see Matthew 7:21-22).

Paul wrote to Titus about a God “who never lies” (1:2). The author of Hebrews said without holiness “no one will see the Lord” (12:14). Ephesians 5:27 says that Christ expects His bride (the church) to be cleansed by His Word so that she may be “without spot or wrinkle or any such thing, that she might be holy and without blemish.”

Character matters. Truthfulness shapes it to manifest light (God) while lies contort one’s character into misshapen darkness (Satan). White lies? Harmless lies? Exaggerations? Wishful thinking? I don’t know what to do about those things. I just know that “lies” incrementally funnel darkness in which produces our character. And I know who Jesus said is the father of all lies.