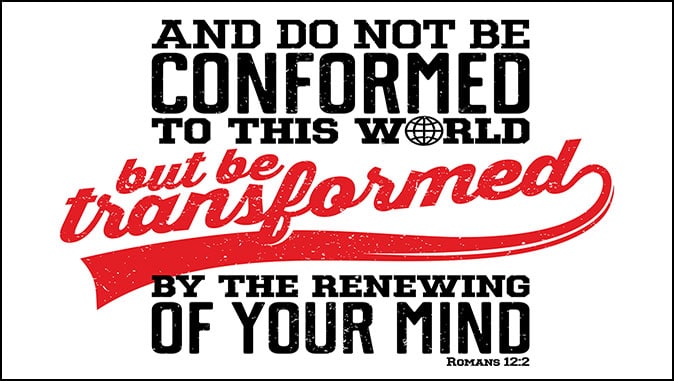 Some people have asked me what shaped my conservative worldview. One of the things that formed it was my time in college. I attended a Southern Baptist university in Missouri. Before you assume that it was the school’s worldview, it wasn’t. In some ways it was just the opposite. I saw and heard things expressed that conflicted with the school’s principles which made me examine my own worldview. Certainly, I benefited greatly from Biblical teachings, but I also had to stand for what I believed was right as liberal ideas crept into many classes, and to a greater degree, among students raised in the church.

So, I guess I am not surprised to hear of another Christian university that appears to have conformed to the views of the culture. But what is shocking is the specific ministry that this school opposed. It is a group that uniquely defends Christianity in an insightful way that our culture can hear.

Think about how Satan can desensitize people and compromise values through humor, whether it be TV sitcoms or shows that are funny, but advance lifestyles or agendas that conflict with a Christian worldview. If you recognize this, then you probably understand what The Babylon Bee does so well by making people think, through humor and satire.

Palm Beach Atlantic University has disinvited Seth Dillon, CEO of the Bee from speaking at their chapel service even though Seth is an alumnus of the college.

Apparently, several students were upset that the Babylon Bee has exposed Black Lives Matter as a radical Marxist organization and has shown the LGBT agenda to be intolerant of Christian beliefs.

Seth, naturally, had some direct words for this. “Cancel culture has come for me…I’m just too dangerous and divisive to be permitted to speak on the campus of my alma mater,” Dillon said. “Since when do you have to support terrorist organizations that use violence and intimidation to advance their agenda to be welcome on a Christian campus?”

BTW – Dillon’s appearance was meant to be a series of lighthearted questions about his experience as an alumnus and a Christian media interpreter with questions like “Who was your favorite professor?”