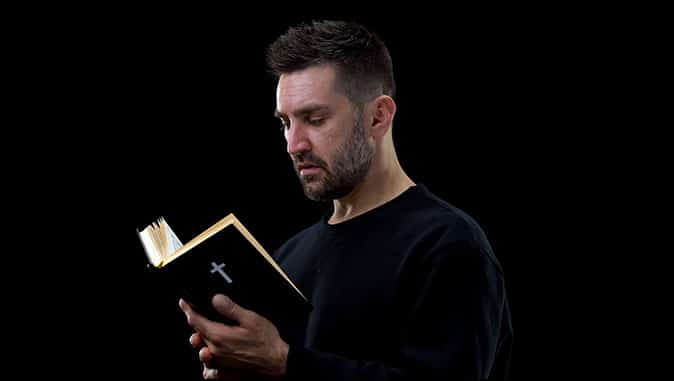 Finding Peace in the Midst of Lawlessness and Deceit
By Jonathan C. Brentner

Have you ever experienced a feeling deep inside your soul that something was terribly wrong? That’s what I feel at the moment.

Perhaps it’s a case of deep sadness as I look at the state of my country and the world. My president abandoned hundreds, if not many more, of American citizens in Afghanistan. He gave the Taliban a list of the Afghans who helped the U.S. forces while stationed there, a kill list if you will. The Taliban have already begun brutally and sadistically murdering these former allies of America. I shudder to think of the fate of Americans left behind in that nation.

It gets worse. The Biden administration has gifted the Taliban, ISIS, and Al Qaeda with a treasure trove of weapons beyond their wildest dreams. Don’t let anyone deceive you; these three groups are interchangeable and fully support each other. These demonic killers will most certainly use these weapons to murder many more innocent civilians and Bible-believing Christians in Afghanistan. How long before they export such terror?

Lara Logan from Sixty Minutes recently stated that everything Biden and his cohorts have told us and continue to tell us about the situation in Afghanistan is a total lie. Back in July, Biden told the President of Afghanistan to deceive the world about the insurgent strength of the Taliban. Biden knew well in advance that his plan would lead to the disaster we saw take place and the horrors that remain for those still there.

How do we as redeemed saints avoid anger when we look at the deceit and great lawlessness afoot in our world? I believe the Lord inspired Psalm 37 to calm His followers during times such as this.

Psalm 37 tells us not to “fret” (vv. 1, 7-8) at the evil we see all around us. The word in the Hebrew signifies a deeper passion than what one might expect; it depicts a person burning with anger, furious at evil that he or she sees. It accurately depicts how we often react to the out of control lawlessness in our world, does it not?

The Lord knew the sight of evil people succeeding in their “wicked devices” would kindle anger inside us (v. 7). At the end of verse 8 He tells us why we must not continue in in such a state; “it tends only to evil.”

He also provides us with a reason to remain calm in times such in these; it comes through contemplating the end of those promoting violence and immoral behavior in our world.

In verse 9 of Psalm 37, the Lords tells us that “evildoers will be cut off.” Verses 12-17 assure us that the Lord will judge the wicked and the violent. Those who murder innocent children in the womb, engage in sex trafficking, and promote the myriad of evil and violence we see all around us will surely pay a terrible price both in the coming Tribulation period and in eternity.

Psalm 94:21-23 adds this about the end of those who “condemn the innocent to death.” In verse 23 the Psalmist writes, “He will bring back on them their iniquity / and wipe them out for their wickedness; / The Lord our God will wipe them out.” Although God does not immediately punish evil, we know that He will certainly do so. That time is ever so close at hand.

Though the instruction to “trust” the Lord (vv. 3, 5) only occurs twice in Psalm 37, it’s really the theme of the entire Psalm. God remains sovereignly in control of all things; the events of 2021 are working out exactly as God anticipated thousands of years ago. We can have confidence in His plan even though at the moment we do not see Him intervening to stop the bloodshed in our world.

The Bible also tells us that those working to create a tyrannical world order will succeed for a while in enslaving all nations under their Marxist state. Although this kingdom will prosper for a short while, Jesus will utterly destroy the Antichrist and his realm at His Second Coming (Daniel 2:44-45; Revelation 18-19).

It’s difficult to wait, which just so happens to be another key theme of Psalm 37.

In verse 7 David writes, “Be still before the Lord and wait patiently for him…” We know that God will judge the wickedness of this world, but we do not know when. In the meantime, we wait and seek to put aside our desire that the Lord act now to destroy the wicked.

The realization of the Lord’s patience with me during my life helps me put this into perspective. If He had judged me immediately for my sins, I would no longer be alive and deserving of a fate worse than death. How can I gripe about His longsuffering with the world in light of the steadfast love and mercy he continues to show me every morning of my life (Lamentations 3:22-24)?

Furthermore, as New Testament saints, we are not waiting for God’s wrath to fall upon the world such as will happen during the seven-year Tribulation. We are waiting for the Lord’s appearing when He will take us to the place that He’s now preparing for us (John 14:1-3).

In Philippians 3:20-21, Paul wrote, “But our citizenship is in heaven, and from it we await a Savior, the Lord Jesus Christ, who will transform our lowly body to be like his glorious body, by the power that enables him even to subject all things to himself.” In the Greek, the word for “wait” denotes an eager anticipation of something.

So many believers today think it’s fashionable to ignore the Rapture or even ridicule our hope. However, this confident expectation helps us remain calm as we watch lawlessness and deceit grow exponentially in our world. I’m not sure how I’d cope without this joyous anticipation.

Focus on Our Eternal Inheritance

We have a huge advantage over King David in that we have the New Testament and with it many more details of our future in eternity. For the Jews in about 1000 BC, their heritage was the Land, which the Bible says they will fully enjoy during the millennium. I believe this explains the emphasis on the Land as the “heritage” of believers in Psalm 37.

For us, Ephesians 1:11-14 speaks to our inheritance as New Testament saints, which includes our immortal bodies that we receive at the time of the Rapture, our reign with Jesus for a thousand years, and our eternal home in the New Jerusalem with a new earth to forever enjoy. These things make up our inheritance, the paradise Jesus promises to us as New Testament Saints.

If we live with the perspective this life is all we have (and most believers today have such an earthbound outlook), the violence, wickedness, and grief inherent in his world will either kindle burning rage inside us or cause doubt and despair to grow inside us as we fear what might lie ahead. The only other alternative is to believe the mainstream media lie that “we can do this,” that life can and will return to normal someday.

At the moment, lawlessness proceeds unchecked across the world. The most ruthless and demonic killers of our time now have an incredible stash of high-tech weapons. The perilous times in which we live will grow darker in the weeks and months to come (although the Rapture might happen at any moment).

1 Corinthians 15:19 says, “If in Christ we have hope in this life only; we are of all people most to be pitied.” While all those in Christ will agree with the Apostle Paul, most do not live as though his words in this verse are true. They believe in eternal life, but place all their hopes in earthly outcomes.

Those with such a perspective often state their faith in spiritual-sounding words that impress many, but they fail to express any hope beyond the grave. Though genuine saints, they walk as though eternity does not exist, which makes them prime candidates for doubt or despair when they watch tragedy unfold in the world or even in their lives.

It’s when one takes paradise out of eternity that his or her fondest hopes become those with earthly outcomes. Why focus on life ever-after if it’s not that much different from today?

On the other hand, when we set our fondest hopes on the realization that this vale of tears might end at any moment with the Rapture, we find that an unexplainable hope and calmness invades our hearts. We know the Lord will deal justly with this world after He takes us to the place He’s preparing for us in His Father’s house.

So yes, I feel sad at the great deception and lawlessness overtaking my country. However, there remains a crazy, unexplained peace deep in my soul that soon returns even when I briefly give in to fretting over what I see.