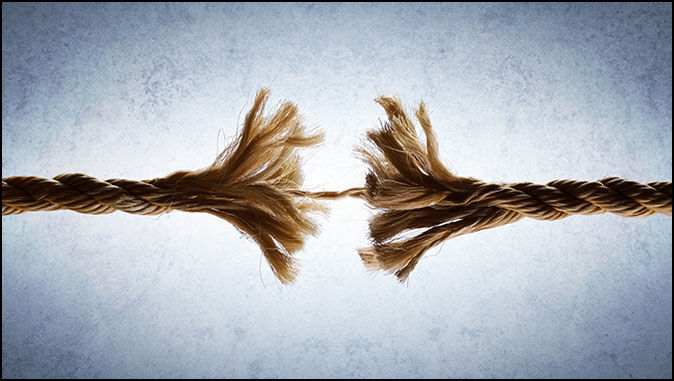 Perhaps the most sinister and dangerous lie the Left has beaten into the brains of unthinking Americans is that there is strength in diversity. Nothing could be further from the truth.

Diversity, as the first syllable in the word implies, divides. It does not unify. It fractures, debilitates, and diffuses. Energy that could be harnessed through unity of purpose and values is frittered away.

America became the greatest nation the world has ever known – freer, stronger, more prosperous, more stable – for one reason: an unshakable commitment to common core values and standards. That’s not diversity, that’s unity.

This fundamental spiritual unity also created a fundamental moral unity. Everyone agreed that the moral standards enshrined in the Ten Commandments were to be America’s guiding moral code.

It was this common faith in Christianity and its Savior and our common adherence to a transcendent moral code that made America what it became. Our strength was not found in our diversity but in our unity.

When people migrated to America, regardless of their ethnic background, they came willing to embrace these transcendent values and leave behind customs and values that were contrary to these bedrock American principles.

Racial diversity is a strength only if it is subsumed under an overarching unity of values and purpose. Racial diversity at the expense of cultural unity, however, balkanizes and divides.

The strength of our military has not been its diversity but its unity, indeed its uniformity. Soldiers wear the same uniform, not uniforms of their own imaginations. They serve one nation, not many, salute one flag, not many, and follow one commander-in-chief, not many.

The truth that strength is found in unity and not diversity is on display every time a team takes to the gridiron, the court, and the diamond. Sports teams wear identical uniforms, take directions from one coach, follow one game plan, and serve one high school, college, or franchise. It is utter bilge and dangerous falsehood to believe that there is some kind of mystical strength in diversity.

Because American unity is based on spiritual oneness (Christianity) and moral oneness (the Ten Commandments) all races and colors are welcome here if they embrace these fundamental values and are willing to become Americans rather than hyphenated Americans.

Our cultural unity is fraying to the point where the thread that ties us together is at its snapping point. Indeed, it may have frayed beyond repair. The one thing we can know is that those who are seeking to bring us back to spiritual and moral unity are doing the most important work any American can do.

The Israelites and Us

God Loves You Everlastingly By Dr. Joe McKeever "The Lord has appeared of old to…

Biblical Living By Joseph Parker "In the beginning was the Word, and the Word was…

Husbands: God’s Call to Be the Spiritual Leader of Your Home

Husbands: God’s Call to Be the Spiritual Leader of Your Home By Pastor Michael Johnson…

The Dark, Double life of Ravi Zacharias By Julio Severo The high-profile, Reformed apologist and…