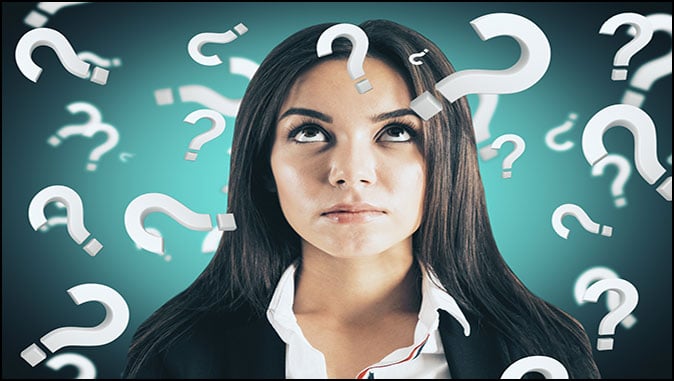 Some feel that the Bible is an anti-intellectual document and if that’s true it’s only fair, since so many intellectuals seem to be anti-Bible. Here’s a case in point.

A few days ago I received an email disputing my view of Genesis 10. The writer included the following excerpt from an article entitled “A Note on Gog” by Theo. Brown in support of his argument.

“Now who, we should enquire, were Gog and Magog? They are first mentioned in Genesis where the origin of Magog is guessed at. First, consider the references to Gog and Magog that come in the Book of Genesis. One must remember that Genesis is composed of several documents, written and edited by many men at different periods. It is an extraordinary mixture of Babylonian mythology, obscure genealogies, and folk-lore. When individuals are mentioned, they may indeed be real people, or they may be heroes, gods, or even whole families or tribes.

The ancient writers, in trying to account for all the races in the known world, had to divide them as best they could between the three sons.

We should observe that this passage in Genesis is taken from the Priestly Document, because that was written at Babylon and it was brought back to Jerusalem by Ezra in 444 B.C. Therefore, since this is the only account in Genesis of the re-peopling of the world after the flood, it is quite probable that this was a traditional Babylonian belief.”

What this writer was saying, as if it’s a fact, is that the Book of Genesis, rather than being our Creator’s very first word to His people, was pieced together from various sources over hundreds of years from a mish-mash of Babylonian mythology and folklore, and that whoever finally assembled it did the best he could with the information at hand. The implication is that it’s unreliable at best and certainly misleading.

This statement reflects a theological view held by what is probably the majority among intellectuals. It’s called the Documentary Hypothesis, authored in 1886 by Julius Wellhausen, a German Biblical scholar. He was a professor of Theology in Germany until 1882 when he resigned for reasons of conscience. His hypothesis contends that the Torah (the first 5 books of the Bible) was not written by Moses. Rather, it was assembled around the time of the Babylonian captivity from parts of several other documents. He labeled these documents Jehovist, Elohist, Priestly, and Deuteronomist, or JEPD for short. According to his hypothesis, these documents were written separately over a period of time between about 950 and 450 BC and assembled by an unknown person called R, for redactor.

He developed his hypothesis in spite of the fact that Jesus attributed all the individual sections of the Torah that Wellhausen labeled as J,E,P and D to Moses.

Was Jesus unaware of the real authors of these passages? Was he just going along with a tradition He knew was false, or did He know that Moses had written them?

Despite this confirmation, for nearly 100 years the Documentary Hypothesis has been the almost universally held view of intellectual scholarship, forming the basis for Old Testament education in almost every major denominational seminary. It should be noted that since the middle of the 20th Century many seminary students have been expanding on this hypothesis, adding more and more authors to the list of those who they believe had a hand in writing the Torah. Curiously, the name of Moses is not among them.

It’s one thing to consider the possibility that one man could lose his way and dispute the supernatural authorship of part of the Bible, but how did this one man’s view become dominant among intellectuals so quickly?

It happened because intellectuals want to know things. They’re the ones who say, “Knowledge is power.” They think faith is for people who can’t understand complicated explanations. It’s been shown that the majority of intellectual scholarship presupposes that the miraculous cannot happen and that there’s no such thing as predictive prophecy because neither one can be explained or understood. Therefore, they had to find another explanation for the Mosaic authorship of the first five books of the Bible. When they found one that seemed rational and didn’t depend on the supernatural, they jumped at it, just like they did with the Theory of Evolution’s rebuttal of the Creation account. Since then, intellectuals have also challenged the authorship of most other books of the Bible, the veracity of Biblical accounts of the Lord’s miracles and just about everything else in the Bible that touches on the miraculous, whether past, present of future.

And once you’ve done away with the Bible’s supernatural authorship and reduced it to an imperfect work of man, then you’re free to dispute everything in it, the six day Creation, the need to be born again, the coming judgment, everything. All in the name of intellectualism.

These are not enemies of God we’re talking about. They’re theologians, supposedly devoted to the study of God. They stand in many pulpits and at the heads of classrooms full of divinity students, teaching the Documentary Hypothesis as if it were true, in a clear denial of the Lord’s own confirmation of Mosaic authorship. And as a result, millions of church goers, who look to the graduates of these seminaries for spiritual direction and Biblical instruction are led to reject God’s truth in favor of man’s lie.

All this is due to the miss-guided efforts of one man, an intellectual who let his sin contaminated mind override the caution of his spirit. With Satan’s able assistance he brought his denial of God’s truth to the one place where it could do the most harm, the seminaries where other intellectuals prepare future pastors and teachers. And the naive students there, having made knowledge their god, place their faith in the words of fallen man above the Truth of God’s Word, becoming fair game for his lie.

In all the churches where the pews are still full after the Rapture, a quick look at the pulpit will show why they missed it. The one standing there with them, having earned all those advanced degrees in theology, will have taught them the things he learned in seminary about the origins of the Bible. But he will have neglected to tell them the one thing that God requires of them, and that is to believe in the One He has sent. Selah.