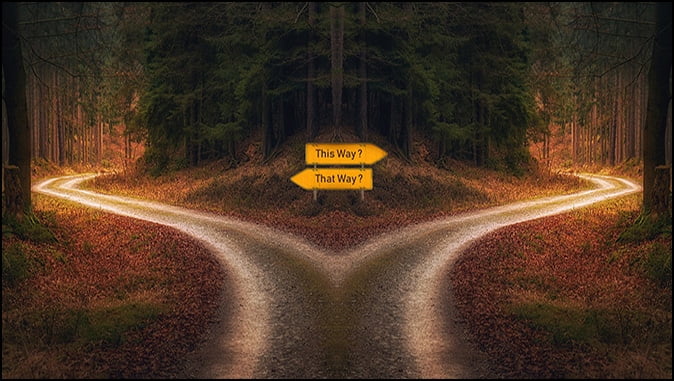 Choosing Your Desires or God’s Will
By Maddie King

Are you stuck deciding between God’s plan for your life and how you want to live? Maybe you have everything mapped out, but then God throws you a curveball messing up your plans up. Maybe this makes you angry because it looks like God is against you. Just know, that God has different and better plans for you and your life.

There was once a man who had this same problem. His name was Samson. When Samson was born, he already had a prophecy bestowed upon him, and a purpose God had laid out for him to fulfill. Through God’s will, Samson was granted the gift of great strength as long as he followed the three vows of a Nazarite: Do not touch the dead, do not drink from the vine (wine), and do not cut your hair. As Samson got older, he wished to be free of God’s purpose and live whatever life he so chose. He had lost sight of what God had wanted for him and started to live according to his own desires.

Samson was engaged to a Philistine woman. His parents warned against it, but he insisted. This unwise decision was the beginning of his downfall. On his way to meet his betrothed, he was attacked by a lion. He slew the lion and left it to rot. At a later date, Samson passed that way again and saw the carcass of the lion, in which bees had built a hive. He harvested the honey, ate some, and brought the rest to his parents. Doing this, he broke his first Nazarite vow by handling a dead body.

Later at the beginning of the wedding ceremony, he told a riddle to his groomsmen and wagered to pay thirty suits of clothes if they could guess the answer: “Out of the one who eats came something to eat; out of the strong came something sweet” (Judges 14:14). This was in reference to his previous encounter with the lion. The Philistine men threatened Samson’s bride for the answer, and Samson angrily went and killed thirty of their Philistine brethren for their clothes to pay the wager.

While he was away, his bride was given to one of his groomsmen since he was not there to complete the ceremony. Upon finding out about this, Samson tied flaming branches to the tails of foxes and let them run loose in the Philistine fields. After this, he hid in the mountains. While he was gone, his people suffered greatly and sought out to find him and turn him in, in exchange for peace. Samson agreed and went willingly, knowing his God would be with him.

As he neared the Philistine encampment, Samson prayed for God’s strength and took down 1,000 soldiers with the jawbone of a donkey. After this great victory, Samson returned to his people and took on the responsibility of being Judge and started to fulfill the life God had planned for him.

Years passed and Samson fell for another Philistine woman named Delilah. The Philistines hated Samson and his people, so they sought out ways to rid Samson of his God-given gift so his people would be defenseless once more. They asked Delilah to discover the secret behind Samson’s strength. Delilah was cunning and manipulative and she finally got Samson to tell her it was his hair.

While he slept that night, she cut his hair and his strength left him. In the morning, the Philistine soldiers arrived, blinded him, and took him back to the temple of Dagon. The people chained him up to two pillars as if he were a trophy. For one last time, he prayed to God to forgive his arrogance and for from trying to live in a way that God had not ordained.

At this, the power of God came upon him once more, and he brought down the pillars, killing all those in the temple and freeing his people for a time. Samson was the last Judge for the Israelites. If you who would like to dig deeper into the story of Samson, you will it in Judges 13-16.

You see, by trying to live how he wanted, hardships were thrown his way that pushed him further and further away from God. I know how hard it is to sort out your desires from what God desires for your life. The best advice I can give to you who are struggling to discern your voice from God is to pray about the matter at hand before jumping in. If it is right, God will tell you so. Even when those closest to you see it as foolish, if God says it to be right, follow His plan.

Father: King, Warrior, and Teacher By Jordan Chamblee There is a universal psychological pattern in…

Are We Measuring the Wrong Things?

Are We Measuring the Wrong Things? By Jonathan Lewis Have you ever noticed that kids…

Responding to Victory By Abraham Hamilton III The Christian walk isn’t a sprint, it’s a…