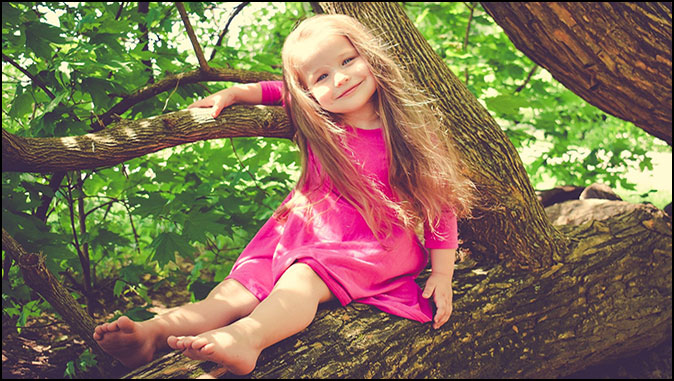 Children Are Precious To God
By Grant Phillips

“At that time the disciples came to Jesus and asked, “Who, then, is the greatest in the kingdom of heaven?” He called a little child to him, and placed the child among them. And he said: “Truly I tell you, unless you change and become like little children, you will never enter the kingdom of heaven. Therefore, whoever takes the lowly position of this child is the greatest in the kingdom of heaven. And whoever welcomes one such child in my name welcomes me. If anyone causes one of these little ones—those who believe in me—to stumble, it would be better for them to have a large millstone hung around their neck and to be drowned in the depths of the sea.” (Matthew 18:1-6)

I understand that the subject matter for verses 1-5 is “The Greatest in the Kingdom of Heaven,” and the subject matter for verses 6-9 is “Causing to Stumble.” However, by the same token, even though Jesus used the child as an object lesson, He also placed great emphasis on the child. Also, Jesus specifically said, “one of these little ones.” To me at least, it seems “little ones” is referring to a child. So, I see this as a two-headed snake, so to speak. I believe Jesus could be referring to both, with equal importance, in this object lesson with the child.

By the way, I kept “two-headed snake” in the sentence because whoever causes “one of these little ones” to stumble will bring upon themselves the wrath of God. So don’t let it offend you, unless of course you’re guilty of what Jesus said.

Next is another Scripture passage that most definitely shows Jesus special love for children.

“Then they brought little children to Him, that He might touch them; but the disciples rebuked those who brought them. But when Jesus saw it, He was greatly displeased and said to them, “Let the little children come to Me, and do not forbid them; for of such is the kingdom of God. “Assuredly, I say to you, whoever does not receive the kingdom of God as a little child will by no means enter it.” And He took them up in His arms, laid His hands on them, and blessed them.” (Mark 10:13-16)

Here in Mark He was very angry at his disciples for rejecting the children. What did He do? “He took them up in His arms, laid His hands on them, and blessed them.” What did He say about them in Matthew? He said, “If anyone causes one of these little ones—those who believe in me—to stumble, it would be better for them to have a large millstone hung around their neck and to be drowned in the depths of the sea.”

Where am I going with this? It is now time to say so. Just speaking with our own country in mind, not counting the rest of the world, we as a nation and a people have put the millstone around our necks when it comes to the children in this nation via abortion, molestation, immorality, etc.

You can see a continuously updated count of all abortions at the following website: www.numberofabortions.com. The numbers (above) I just gave you have already increased.

I don’t wish to belabor all the facts and/or statistics that can be easily found. My objective is to conclude that we are in dire straits with Almighty God. We once led the world in sending out missionaries abroad and within our own homeland to witness for Jesus Christ, but now we are a nation with bloody hands and a black heart that God will not tolerate.

Our children have been:

There are many good people in this country that would make excellent parents, but are often passed over for homosexuals or transsexuals wanting to adopt. God sees all of this, and from His own Word, He will judge the perpetrators.

We have proven we want nothing to do with God and we are corrupting our own children if they are fortunate enough to not be butchered in their own mother’s womb.

God’s heart is tender for all the children of the world, and the adults of this nation and others are placing these little ones in situations that nearly doom their very souls.

Is it any wonder we are overrun with serial murderers, serial rapists, serial child molesters, child slavery, child sex exploitation and the like? Is it any surprise that politicians, celebrities and other wealthy people are involved in child trade? Even the poor among us are just as guilty.

Yes, I am speaking in general terms. Thank God all Americans are not of that persuasion. There are many good people who are not even Christians who are appalled at the wickedness that is all around us. More so with Christians who love the word of God and are horrified at the onslaught against anything that is holy.

We have an election coming up this November 2020 that will tell us if God will give us another chance or if He has washed His hands of us. If the ultra-liberals get control, it will be worse than the Obama years, if that were possible. All hell will be unleashed upon this country, and the ravening wolves of Satan will be devouring the citizenry. Considering the treatment of those little souls Jesus loves so much, I would not be surprised to hear the call of the Bridegroom to His bride, “Come up here.” Neither would I be surprised that He waits so that more may come to Him and be saved. Either way, this nation is walking on banana peels at the edge of a deep precipice.

I hope I’m wrong, but I do not envision our country turning back to God, but that doesn’t mean we can’t do so individually. Those of us who are part of the true Church surely can see the end is in sight. We must pray and get out the word that:

And this is the day we long for:

“And I heard a loud voice saying in heaven, Now is come salvation, and strength, and the kingdom of our God, and the power of his Christ: for the accuser of our brethren is cast down, which accused them before our God day and night.” (Revelation 12:10)