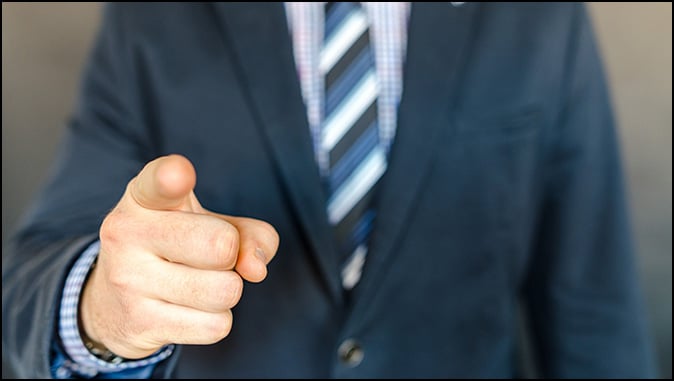 Beware of Small People With Authority
By Peter Rosenberger

A friend who owns a small retail store recently received a visit recently from a clipboard carrying bureaucrat.

“We received a report that customers entered your store.”

My friend asked, “Who reported this?”

The man proceeded to outline the guidelines, while a police officer parked behind him. Offering a pen, he asked my friend to sign the official notification of the quarantine rules. With a justified indignance, my friend retorted, “I’m being scolded because some unknown person tattled on me for allegedly violating quarantine in my own business—and you want me to get within six feet of you to sign your admonishment?

Leveling his gaze, he continued, “You want me to take your unwashed pen and clipboard? I have my own pen, thank you. Put the clipboard down and step back!”

As the armed police offer awkwardly watched, the city employee realized his inconsistency and sheepishly complied.

While Americans put collective shoulders to the wheel to protect fellow citizens, an age-old problem now emerges—one I recall my father cautioning against decades ago. “Beware of small people with authority.”

A sad consequence of America’s drastic efforts in dealing with the COVID-19 virus is the elevation of Frank Burns” types (from the TV show, M*A*S*H*). These “small-minded” individuals seem to draw excitement from pursuing their gratification while others struggle.

“Funny thing, war – Never have so many suffered so much, so, so few could be so happy!!” – Major Frank Burns

The “land of the free and the home of the brave” has descended into neighbors encouraged to report one another. With drones, incredulously supplied by China, city officials are monitoring American citizens under the guise of “protection and safety.” C.S. Lewis warned of this decades ago.

“Of all tyrannies, a tyranny sincerely exercised for the good of its victims may be the most oppressive.” — CS Lewis

While perfectly acceptable for parents to offer, “…It’s for your own good,’ it remains contrary to America’s core principles for government to expansively wield that phrase. One can’t help but recall the 1992 Presidential debate when “Pony-tail guy” pleaded with Bill Clinton to “…be a father to us.”

That type of fawning obeisance has metastasized into a full-blown destructive force in our society. Surrendering freedom to fear will always be met with the intense rush of those willing to consume that freedom for their own power.

This condition isn’t limited to civic relationships. Wherever two or three are gathered, there will be one who wants to control. In a recent church conflict (and there ain’t no fight like a church fight), one of the key antagonists trying to oust a pastor justified his heavy-handedness because of his self-proclaimed knowledge of the denomination’s organizational structure.

“I simply know the Book of Church Order better than the others,” he “humbly” stated.

With his fervent attachment to the policies and structure, I once asked about this church elder, “If one hand is holding the Book of Church Order and the other hand holds Roberts Rules of Order, which hand holds the Bible?”

Rules are important, but rule keepers remain subject to human flaws—thus the “instant replay” feature. Now a mainstay in professional sports, the instant replay rule brings balance to the errors of rule keepers.

For every heavy-handed bureaucrat excessively wielding the authority granted to them, we still maintain the power to channel our best Gomer Pyle against Barney Fife and cry: “Citizen’s arrest! Citizen’s Arrest!”

Like guardrails on a curving highway, the rules exist for all—but there will always be those who desire rules others but not for themselves. Only the bravery of those who love freedom can curtail those who wish to use calamity to satisfy their lusts for control.