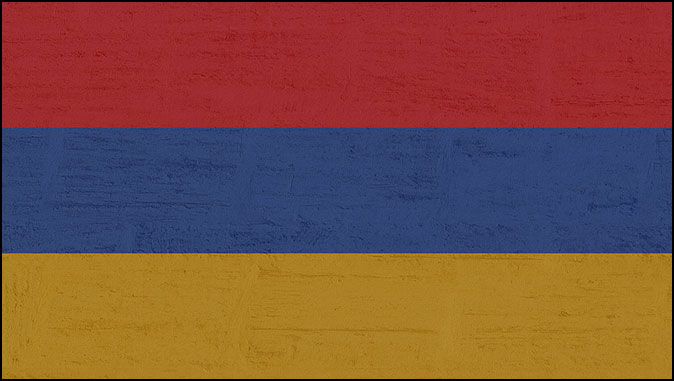 Armenia: An Unwelcome Conflict and a Call to Prayer
By Lela Gilbert

How familiar are most Americans with the ancient country of Armenia? It’s probably best recalled because of the great tragedy that took place there in the early 20th century—the Armenian Genocide. That massacre of some 1,500,000 Armenian Christians (along with the murder of around 750,000 Greek Christians) took place between 1914 and 1922.

In recent days, violence has erupted once again in Armenia’s corner of the world. This involves Christian Armenia and Nagorno-Karabakh versus Muslim Azerbaijan. And now, Islamist Turkish President Tayyip Erdogan has entered the fray, fueled by his dream of a neo-Ottoman caliphate.

Armenia and Azerbaijan have accused each other of reigniting their decades-long conflict in the enclave of Nagorno-Karabakh after fresh violence erupted in the breakaway region.

The two sides resumed open conflict again on Monday morning with the use of heavy artillery. Outbreaks of violence had continued through the night, according to the Armenian Defense Ministry spokesperson Shushan Stepanyan.

At least 31 people — both civilians and military — have died in fighting that erupted on Sunday between Azerbaijani forces and Armenian rebels in the breakaway Nagorno-Karabakh region, officials said.

The early 20th century genocides, which were carried out by the Ottoman Turks, are widely understood to have been a jihad against Armenian Christians. In fact, at the time, the killings were declared as jihad by the Turks themselves. And according to my conversation today with a friend in Yerevan, Azerbaijan’s present invasion is perceived by Armenians as more of the same.

There are deeply rooted historical reasons for this understanding.

Armenia, which is now surrounded by Muslim countries, was the first country in the world to convert to Christianity—in 301 AD. Its Armenian Orthodox Church is rooted in the earliest Christian history. In fact the biblical record of Armenia’s land stretches back to the book of Genesis, when Noah’s ark came to rest after the Great Flood on what came to be known as Mt. Ararat.

At the time those 1,500,000 Armenian souls were massacred at the end of World War I during the Genocide, Armenia’s historic possession of Mt. Ararat also was overturned by Turkey. Ever since, the mountain has remained a potent symbol both of Armenia’s spiritual heritage and terrible forfeitures.

And now—as of today—conflict is again exploding against Armenia, including the little-known Armenian enclave called Nagorno-Karabakh. This separate remnant of Armenia—some 20 miles away from the existing border—was created by policies of the former U.S.S.R., when ethnic and religious groups were intentionally split apart.

In the early 1990s, Nagorno-Karabakh’s Christian communities were attacked by neighboring Azerbaijan, Azeri Turks, and other Muslim fighters. This conflict was widely understood by the Armenians as an extension of the earlier 20th century “jihad.” Miraculously, in a David vs. Goliath finish, Karabakh won that conflict—against all odds.

During a visit to Nagorno-Karabakh a few years after that battle, I learned that the conflict was clearly not just about land. There was a Muslim/Christian component as well. And there were, in fact, jihadi elements among the Azeri-Turks fighting against Armenia’s Christians. Tragically, some 30,000 died in that little-known war.

And now, Turkey’s ambitious Islamist President Erdogan has declared Armenia as “the biggest threat to peace in the region.” His latest posturing threatens Armenia and Karabakh, both of which are almost entirely Armenian Orthodox Christian.

As I wrote for The Jerusalem Post a few months ago:

Meanwhile, it is noteworthy to those of us who focus on international religious freedom that whenever Turkey moves in, religious freedom moves out. There can be no lasting freedom of worship for any faith unless it conforms with Turkey’s Islamic practices.

Now we can add Armenia to the list of Erdogan’s ambitions. Based on his recent hostilities, his transformation of Istanbul’s Hagia Sophia and Chora Church into mosques, and his frequent expressions of triumphalism, a couple of serious questions arise:

Does Erdogan think that Armenia and Nagorno-Karabakh, which are ancient Christian historical heritage sites, represent yet another Hagia Sophia-type landmark? Does he feel driven to seize, Islamize, and declare them as yet more trophies for his neo-Ottoman Empire?

Those questions seem to be clearly answered in a report from Asia News:

Turkey has sent 4,000 Syrian Isis mercenaries from Afrin to fight against the Armenians of Nagorno Karabakh. A few days ago land convoys reached Turkey and then Azerbaijan by air. The salary is 1,800 US dollars a month, for a duration of three months. A leader of the Syrian terrorist group said: “Thanks to Allah, from September 27 until the end of the month another 1000 Syrian mercenaries will be transferred to Azerbaijan”.

With another dangerous religious conflict exploding across that war-torn region, let’s remember to pray for our Armenian Christian brothers and sisters. May religious freedom truly flourish in their corner of the world as well as elsewhere around the globe.

The Dying Art of Gratitude