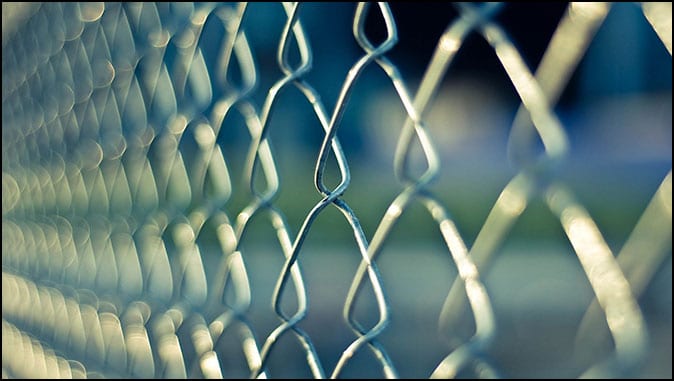 When I was eleven years old, after one of our Sunday church services, I approached an evangelist who was holding meetings at our church at that time and asked him to write something in my Bible and then handed it to him. He opened it and wrote this scripture inside the front cover: “God Bless You Buddy” -II Timothy 2:15. Sixty-five years later I still have that Bible and I look at his inscription periodically to remind me of the importance of that scripture: (Study to show thyself approved unto God, a workman that needeth not to be ashamed, rightly dividing the Word of Truth).

I am now seeing more and more wisdom from Paul’s letters to Timothy every time I read them. I know that all scripture is given by inspiration of the Holy Spirit and is profitable, etc. but I believe Paul’s letters to Timothy are particularly apropos to the times in which we now live. By the Holy Spirit, Paul was able to look into the future and prophetically see what would be coming upon the entire world, and especially the Church. In II Timothy 3:12 Paul writes to Timothy: Yea, and all that will live godly in Christ Jesus shall suffer persecution. Persecution should not be considered a strange, or even fearful, thing for the Body of Christ, since we were told by Paul nearly 2000 years ago that it would come to ‘ALL’ that will live godly in Christ Jesus. Paul also stated in the same third chapter that, in ‘the last days’, perilous times would come (II Timothy 3:1). We are definitely living in those perilous times right now.

We see reports, almost on a daily basis, of the persecutions being suffered by Christians around the world, but most particularly in the Middle East as well as Asia. Christians by the hundreds are being tortured and killed because of their faith in Jesus the Messiah. These saints and martyrs are learning firsthand the truth of Paul’s words. It is extremely difficult for Christians in America to understand the persecution they are going through. For the most part, we have not yet seen this kind of persecution in our country, but, trust me, it IS coming.

However, there is a way that the coming persecution can be avoided; one simply chooses to live other than ‘godly’. Although that choice might allow a ‘so-called Christian’ to escape the suffering that Middle Eastern and Asian Christians are facing, the consequences are too terrible to even consider. It would mean denying the very Saviour who gave His life that we might be counted worthy to suffer for His name (Acts 5:25-42).

As our children were growing up, my wife and I labored to instill in them the wisdom of making good choices in life. We taught them that every choice has a consequence, whether good or bad. Some of the ‘bad’ consequences were very minor and temporary, such as being grounded for a simple infraction of our rules, and some were longer-lasting, depending on the severity of the infraction. I am pleased to say that, for the most part, they made good decisions and the consequences they experience are good ones.

Consequences are still an inescapable fact for every decision we make; but, the most important decisions any human will make are those that have ‘eternal’ ramifications. When we decide to follow Christ, we are expected to live as He lived and to emulate Him in every way. Since He suffered persecution and mocking during His time on the earth, it follows that we can expect to experience the same things, IF we live the godly life He expects of us.

To fully understand what true persecution is, I looked up the dictionary definition. From The Century Dictionary and Cyclopedia, persecution is “the act or practice of persecuting; harassing or oppressive treatment; especially, the infliction of injury (as loss of property or civil rights, physical suffering, or death) as a punishment for adhering to some opinion or course of conduct, as a religious creed or a mode of worship, which cannot properly be regarded as criminal.” From the GNU version of the Collaborative International Dictionary of English, persecution is defined as “the act or practice of persecuting; especially, the infliction of loss, pain, or death for adherence to a particular creed or mode of worship.”

I don’t know a single person who would ‘rejoice’ at the opportunity to suffer being persecuted; however, that is exactly what the apostles did after they were beaten and shamed because of their stand for the Gospel (Acts 5:41). It may be said that, because they had a face-to-face personal relationship with Jesus that they could more easily accept the persecution that came their way. Even though they walked with Jesus, and had verbal conversations face to face, they did not have the New Testament, the written word of the Gospel. We, however, have a ‘more sure word of prophecy’ (I Peter 1: 18-20), meaning that we have full access to the eternally-settled, unchangeable, written Word of the Living God that assures us of our salvation if we choose to “live godly in Christ Jesus”. Since we have this written, settled Word of God, with all the assurances it holds, the choice to live godly should be much easier to make. The real problem we have is that we live in a world controlled and dominated by Satan, and he, along with his minions, are expert in placing obstacles in our way that can hinder our ability to make sound choices.

I emphasized the word ‘choose’ above since, in II Timothy 3:12, the word ‘will’ indicates that a choice must be made to live godly. Just because a person becomes a believer, godly living does NOT just happen without making the choice to do so. A Christian faces the same temptations and trials, perhaps even more so than when he was unsaved. The choice that must be made is to resist all temptation to veer from the godly path and endeavor to ‘live godly’. But, just what does it mean to live godly? The Greek word for godly in this scripture is eusebós (Strong’s #2153) and it is translated ‘piously’ or ‘religiously’. I tend to avoid using the ‘religiously’ since, organized ‘religion’ has proven, to a large degree that it is not the same as what Paul intended us to understand. The Bible says, “Pure religion and undefiled before God and the Father is this, To visit the fatherless and widows in their affliction, and to keep himself unspotted from the world” (James 1:27 KJV). The same word, godly, is used in Titus 2:12 and is translated ‘righteously’. God is righteous, and he expects, despite all our human shortcomings and errors, that we will work, or ‘study’ (II Tim 2:15) to become like Him in all His righteousness and holiness. We are to strive to be godly, or God-like in everything we do and say. Since we are still living in frail, sin-prone, flesh and blood bodies, this effort requires constantly ‘choosing’ to do so; it is NOT automatic.

The benefit of such choices, and subsequent ‘godly-living’, is that we get to face the persecution that comes with the territory; that’s what the Apostle Paul told us would happen—-yippee. I said earlier that we should not find persecution strange, nor should we fear it, but I will admit that, as a Christian who has never faced serious persecution, the thought of being on the receiving end, especially when it may lead to beatings, torture and possibly death, is not a particularly thrilling proposition. However, in, we are encouraged by the words of Jesus half-brother James: 2 My brethren, count it all joy when ye fall into divers temptations; 3 Knowing this, that the trying of your faith worketh patience. 4 But let patience have her perfect work, that ye may be perfect and entire, wanting nothing” (James 1:2 KJV). The thought of being ‘joyful’ when going through serious trials, including suffering persecution, may be tough to handle, but, that ‘more sure word of prophecy’ has a wonderful promise in, 17 And if children, then heirs; heirs of God, and joint-heirs with Christ; if so be that we suffer with him, that we may be also glorified together. 18 For I reckon that the sufferings of this present time are not worthy to be compared with the glory which shall be revealed in us” (Romans 8:17-18 KJV)

Any persecution we are called on to face, for the name of Jesus, is absolutely nothing in comparison to the glory which we are promised to share in when the Lord calls us home. So, there is the choice: choose to live a godly life in Christ Jesus and suffer a short period of persecution and then be rewarded with a place of honor and glory in heaven with our Saviour, or forego the godly life, hoping to be spared the persecution, only to be shut out of that marvelous reward. When you think about it, the choice is not exceedingly difficult.

Make Me Like Al By Dr. Mike Murphy There are days in each of our…