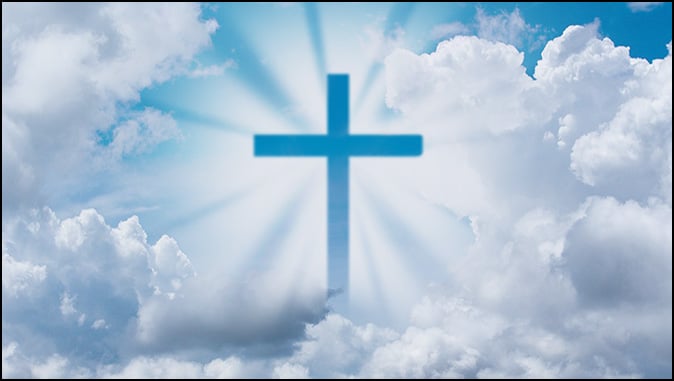 Why We Make So Much of the Cross
By Dr. Joe McKeever

It was the moment Jesus had come for.

He was headed to the cross.

For Jesus, going to the cross was not Plan B.

God did not shake His head in disgust at mankind’s messing up His pretty plans and decide He would have to take drastic action. “This is not how I had planned it, but those pesky humans leave me no other choice!”

God was not blindsided by mankind’s sin nor thwarted by our human frailties. “Okay, heavenly host—engage backup plan. Everyone–Plan B!”

The Lord knew from the beginning what He had and who He was dealing with.

Now, that raises a lot of questions to which we have few answers. If He knew, why did He do such and such? If He knew, why didn’t He do that? I don’t know. I have trouble enough trying to figure out my own motivations for actions, inactions, and reactions, let alone God’s.

What was God thinking to make such a marvelous creature capable of both glory and mischief at the same time? And how does it happen that He knew all this and went ahead anyway? We are not told.

The gospel song said, “Known only to Him are the great hidden secrets…I know not what the future holds, but I know Who holds the future…”

Suffice it to say God knew what He was doing.

Another gospel song says, “We’ll talk it over in the bye and bye. I’ll ask the reasons; He’ll tell me why…”

Scripture tells us that Jesus Christ is “the Lamb of God slain from the foundation of the world” (Revelation 13:8).

Whatever else that means, I take it to say that throughout the centuries in the past, present, and future, the benefits of the cross are a given, a reality. After all, the God of the universe does not dwell within the same time frame we do. The eternal present is how some put it.

Consider also that at the Judgment, believers are to be told: “Come, ye blessed of the Father; inherit the kingdom prepared for you from the foundation of the world” (Matthew 25:34). Heaven: prepared from the beginning.

Clearly, God has been making plans a long, long time.

Our welfare has been uppermost in His mind from the beginning, it would appear.

He loves us far more than we can understand, could ever deserve, or adequately respond to.

Therefore, since the cross was the main thrust of God’s plan from the beginning…

–One. How dare we think anyone will be saved by any other method.

–Two. How dare we think our works will get us to heaven.

–Three. How dare we glory in anything except in the cross of Christ by whom the world is crucified unto us and we unto it.

–Four. How dare we even consider that our righteousness may have played a part in our salvation.

–Five. How dare we remove from our hymnals–as some have done–all references to the blood. “Without the shedding of blood, there is no remission (of sin)” (Hebrews 9:22). What can wash away my sin? Nothing but the blood of Jesus.

–Six. How dare we expect there to be no difficulties in our understanding of this amazing event! A critic who had read where I said that Jesus knew He was going to die and had come for that very purpose cited Jesus’ cry from the cross– “My God, why hast Thou forsaken Me?” – as contrary evidence. He accused us of what he called “just one more example of us misusing the Bible.” (Although He was far cruder than this.)

We are a funny lot. The sinless Son of God comes from heaven to a wayward earth to reveal God to us, to show us the way, and to become the ultimate offering for our sin, and we expect it all to be tied up nicely with a pretty bow, for there to be nothing hard to understand, no parts that amaze us or challenge our puny minds.

If anyone has ever grasped the vast complexities of the death of the Son of God with all its meanings and ramifications, I’ve not heard of them.

Amen. Thank You, Father, for such love, for such a Savior, and for such Promise. Thank You for such a privilege, for a glorious future, for a divine present. How great Thou art!

What Does The Bible Say? Part 5, Can We Choose To Be Saved?

Am I Guilty? By Grant Phillips Dr. J.Vernon McGee once asked the question in one…

That Rag Is Not Ruined!

That Rag Is Not Ruined! By Whitney White For years, I have needed new dish…

Work Out Your Own Salvation

Work Out Your Own Salvation By Grant Phillips “Therefore, my dear friends, as you have…

A Story Of Grace

A Story Of Grace By Dr. Mike Murphy Purim is usually a holiday that comes…

The Rich Man And Lazarus