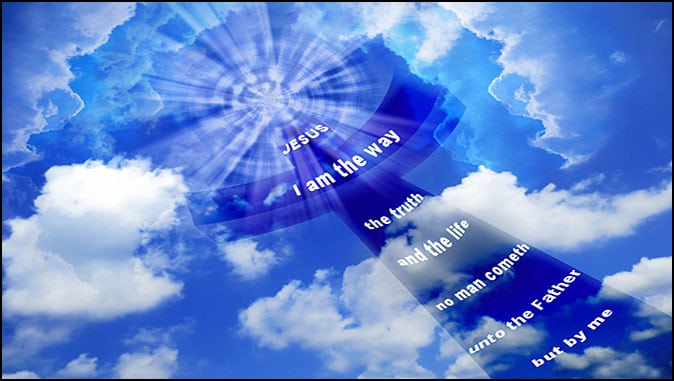 To Whom Shall We Go?
By Grant Phillips

“And He said, “Therefore I have said to you that no one can come to Me unless it has been granted to him by My Father.” From that time many of His disciples went back and walked with Him no more. Then Jesus said to the twelve, “Do you also want to go away?” But Simon Peter answered Him, “Lord, to whom shall we go? You have the words of eternal life. “Also we have come to believe and know that You are the Christ, the Son of the living God.” (John 6:65-69 emphasis mine)

Peter certainly gets a lot of flack for being so impulsive. Yes, his emotions were right up front. However, who was the one who came to Jesus walking on water (Matthew 14:25ff)? The others were not willing to step out of the boat.

True, he did brag that he would never desert Jesus, and then denied Him three times in one night, but the other disciples turned tail and ran also, except for John.

Peter was head strong and apparently the first one to speak most of the time, even though it sometimes got him into trouble.

Another time when Jesus told Peter how he would die, He had to put the poor ole fellow in his place because he questioned Jesus about John by saying, “Lord, what about him?” Jesus told him, “If I want him to remain alive until I return, what is that to you?” (John 21:20-22)

I personally think he also jumped the gun in choosing a replacement for Judas. Why? Because it wasn’t his, or anyone else’s place to do so. That was Jesus’ prerogative. It is obvious that Jesus chose Paul, and Matthias was never heard of again.

However, have you ever read Peter’s message when he addressed the crowd in Acts 2:14-41? Have you read Peter’s address to the Sanhedrin in Acts 4:1-12? Maybe it would be good to read all that pertained to Peter in the book of Acts. What a change in this formerly verbally clumsy fisherman!

Now let’s go back before the change in our passage above. In John 6:67 Jesus asked, “Do you also want to go away?” Guess who answered Him? Of course, Peter! Some of the wisest words to ever come from a man’s mouth also came from Peter. He replied, “Lord, to whom shall we go? You have the words of eternal life. Also, we have come to believe and know that You are the Christ, the Son of the living God.”

Jesus is asking that same question to us today. The world hates Jesus and has nearly succeeded in removing any vestige of Him in our schools, our government, even our homes and churches. In this United States of the 21st century, we promote every vile, wicked sin imaginable. Our countries’ foundation was built upon the Word of God, but today it is unrecognizable. Satan has free reign in the hearts of those who oppose Jesus and His Church.

Sadly, the prophecy that apostasy will rule the day as the Tribulation draws ever so close is now here. Those who once claimed to be followers of Jesus have done exactly what those did when Jesus asked, “Do you also want to go away?” Just before Jesus asked this question, the previous verse says, “From that time many of His disciples went back and walked with Him no more.” (John 6:66)

Most in this country, and the world for that matter, have made their own gods. Oh, they aren’t made of wood and stone, but they are gods none the less. They are gods of entertainment, gods of government, gods of wealth, gods of pleasure, gods of selfishness, gods of occupations, gods of anything other than the one and only true God.

The most important two groups to any society today are the family unit (not HUD’s definition, but God’s) and the Church. Yet these two are being ripped apart by Satan’s followers.

The family unit is being destroyed by the gods of abortion, divorce, illicit sex, alcohol, illicit drugs, entertainment, selfishness, greed, and the list goes on. Reminds me of 2 Timothy 3:1-7.

“But know this, that in the last days perilous times will come:

For men will be lovers of themselves, lovers of money, boasters, proud, blasphemers, disobedient to parents, unthankful, unholy, unloving, unforgiving, slanderers, without self-control, brutal, despisers of good, traitors, headstrong, haughty, lovers of pleasure rather than lovers of God, having a form of godliness but denying its power. And from such people turn away!

For of this sort are those who creep into households and make captives of gullible women loaded down with sins, led away by various lusts, always learning and never able to come to the knowledge of the truth.” (2 Timothy 3:1-7)

In the same manner the churches have been watered down by the gods of liberalism, greed, ignorance, false gospels, pride, worldly influences (evolution for example), and again, the list goes on. Reminds me of 2 Timothy (4:3-4)

“For the time will come when they will not endure sound doctrine, but according to their own desires, because they have itching ears, they will heap up for themselves teachers; and they will turn their ears away from the truth, and be turned aside to fables.” (2 Timothy 4:3-4)

The primary god of this world is the god of self. The family unit and the churches have turned their backs on God and walked away just as those disciples walked away when Jesus said, “Therefore I have said to you that no one can come to Me unless it has been granted to him by My Father,” in our introductory Scripture (John 6:65).

There is only one way to God and that is through His Son, Jesus of Nazareth. However, most think they have a better way … their way. They all sing in unison, a song made popular by Frank Sinatra called “My Way.”

It would behoove us to take these words seriously. There is only one triune God functioning as God the Father, God the Son, and God the Holy Spirit, the very same of “Hear, O Israel: The LORD our God, the LORD is one!”

Yet in utter foolishness our triune god of self is composed of Me, Myself and I…our take on the trinity if you will.

This is God’s world, and He has laid down His condition to be saved, “…Believe on the Lord Jesus Christ, and thou shalt be saved…” (Acts 16:31)

I like what J Vernon McGee said concerning Ananias being struck dead in Acts 5:5.

“There are those today who think that Simon Peter caused the death of this man, Ananias. They even blame him for his death. I want to absolve him of this crime. Simon Peter was probably as much surprised as anyone when Ananias fell down dead. I don’t think that he knew at all what was going to happen. Do you know who struck Ananias dead? God did. Do you feel that you want to bring charges against God? Do you want to call the FBI to tell them that God is guilty of murder? May I say to you, if you can give life, you have the right to take it away. This is God’s universe. We are God’s creatures. We breathe His air. We use bodies that He has given to us. My friend, He can take our bodies any time He wishes to. God is not guilty of a crime. This is His discipline within the church. God is the One who is responsible for the death of Ananias and Sapphira.” [Thru The Bible Commentary, Vol 40, Acts Chapters 1-14, Page 63]

If we think we can do it “My Way,” it isn’t going to work. There is only one way, and Peter knew that way. “Lord, to whom shall we go? You have the words of eternal life. Also we have come to believe and know that You are the Christ, the Son of the living God.”

Jesus is still asking that burning question, “Do you also want to go away?” Our answer will determine where we spend eternity. Peter gave the correct answer and is in Heaven today. Where will you be?

Permanency By Grant Phillips Permanency as defined is: the state or quality of lasting or…

Grounded In Reason … The Four Factors Of Faith

Grounded In Reason...The Four Factors Of Faith A Bible Study by Jack Kelley "If you…

Want To vs. Have To: Discovering the Joy of Giving

Want To vs. Have To: Discovering the Joy of Giving A Bible Study by Jack…

The Great Commission and You (Matthew 28:19)