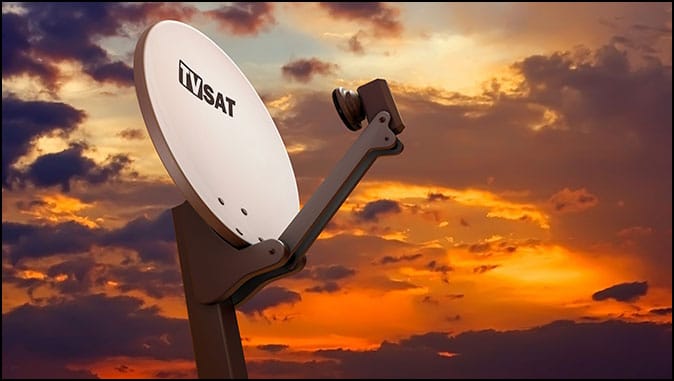 The first Christian satellite television network in the Middle East and North Africa (MENA), SAT-7 was founded in 1996. Today, it is among the largest broadcasting networks in the region, and its goal remains the same: transform the Middle East through Hope in Jesus Christ.

MENA is home to many people longing to follow God’s call. But due to the danger for Christians who remain in the region, it may be a challenging journey.

“In the early days, it was not known if Middle Easterners, due to fear and self-preservation, would allow themselves to be filmed and broadcast on television,” Rogers told AFA Journal. “But it was not a problem, and God consistently provided the right talent.”

In MENA, satellite television is relatively inexpensive, making it the most plausible way to reach people in the region.

Gateways for the gospel

The network has four channels: SAT-7 ARABIC, SAT-7 PARS, SAT-7 TURK, and SAT-7 KIDS. Each channel reaches into different regions throughout MENA, with a potential of 25 million listeners in 25 countries.

SAT-7 PARS is broadcast in the Farsi language and is accessible to viewers in Iran and Afghanistan. Sat-7 TURK reaches primarily into Turkey. Without SAT-7, Christian content would probably not reach these listeners.

Likewise, the SAT-7 KIDS channel is important to young viewers. It is in Arabic and is created for children ages 1 to 12. The channel is a launching pad to promote Christian teaching while incorporating educational content.

Rogers said it is not uncommon for parents from different religious backgrounds to write the network expressing appreciation of the safe and educational material provided for their children.

To keep things safe for everyone in the family to watch, the network refrains from making partisan or political statements. Instead, it focuses on fulfilling Christian mission and showcasing a Christian worldview.

Voice for the voiceless

“However, SAT-7 will [also advocate for] human rights, including the right to life and liberty, freedom of religion for all, as well as the rights for women, children, minorities, or the marginal, promoting education and literacy for all concerning economic opportunity,” Rogers explained.

The SAT-7 station reaches out to the vulnerable and helps give them a voice through broadcasts. In MENA, many children and women are viewed as second class citizens. While SAT-7 KIDS is important for children, SAT-7 also empowers women through programs highlighting their talents and abilities in addition to programs that teach Christian principles.

“SAT-7 shares the gospel and God’s love for the women He created,” Rogers said.

Funds for the future

Ironically, the people groups SAT-7 reaches may lead to a level of doubt or fear among some western Christians, causing them to hesitate about giving to the ministry. Due to the 9/11 attack and other acts of terrorism, many American Christians are fearful about helping the Arabs, Persians, and Turks, feeling they are betraying the Jewish people and Israel.

Sadly, that hesitation is often reflected in little support from local churches. Still, partnering with SAT-7 is a great opportunity for the church to help spread the gospel.

“Christ died for the Arabs, Persians, and Turks, as well as the Jews,” Rogers concluded.

I Didn’t Want to Speak in This Church

Greatest Rescue Of All Times

Greatest Rescue Of All Times By Grant Phillips Almost every day, somewhere around the world,…

Names of Jesus: The Gate