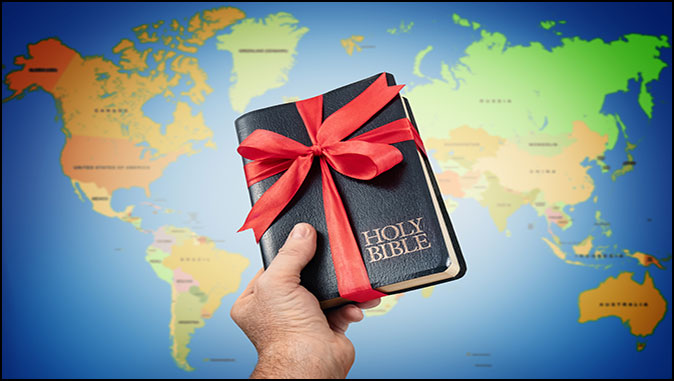 I’m Not Ministering Overseas, and That’s Okay
By Hannah Meador

“But you will receive power when the Holy Spirit has come on you, and you will be My witnesses in Jerusalem, in all Judea and Samaria, and to the ends of the earth” – (Acts 1:8).

In my junior year of high school, I went on a mission trip to Haiti. Growing up, I had read about how the Lord used missionaries like Hudson Taylor, Gladys Aylward, and David Livingstone to plant the seeds of the gospel overseas. I was well aware of the Great Commission and the call to ministry for all believers. With these things in mind, I was ecstatic as I boarded the plane.

I was going to minister to people in a Third World country.

I was going to help people understand what Jesus was about.

Little did I know that this mission trip would change the way I thought of missions forever.

As I gave sips of water to children in tattered clothing, I was reminded of Jesus’ teaching in John 7:37-38, “Jesus stood up and cried out, ‘If anyone is thirsty, he should come to Me and drink! The one who believes in Me, as the Scripture has said, will have streams of living water flow from deep within him.’”

Witnessing this desire in the three- and four-year-olds for a sip of water, I was troubled. These precious babes are craving water, but what about those who are craving the hope of Jesus – in the States?

I wrote my thoughts down in a journal from that trip:

“Tonight we all piled back in the truck to go to a worship service. It blew me away. These people are in love with Jesus. So much so, that they are willing to worship Him every night of the week. As I witnessed this, I found myself wondering, if a Haitian were to come to America, would they leave feeling His presence? Or the stale aroma of halfhearted Christians wanting to beat the Methodists to McCalister’s Restaurant?”

That night I learned two things: Jesus is for everyone, and the Haitians weren’t the only ones who needed to be ministered to – I needed it as well.

The people I saw in that one-room building were thirsty for Christ. These men and women weren’t stuck in the stage of merely wanting to make a difference; they were doing it. Their spiritual life was vibrant and inspiring, which struck me as different from many American Christians I had seen in my life.

I’ve heard many pastors say, “You’re called to share the gospel to all people groups.” While the Lord calls some to serve foreign nations, it’s also important to remember “all people groups” includes those living in the United States.

These people groups aren’t necessarily thirsting for a drop of water. Instead, they are thirsting for the living water. These are lost, living in sin, battling addictions, lonely, and hopeless.

Unfortunately, as blessed Americans, we don’t always realize the magnitude of the gospel and its lack in the States.

Many think, “Mission work is for overseas, we have churches all over.”

Some believers, say, “Everyone knows about Jesus or who He is.”

Others follow the, “I’m not called for that, I’ll let someone else do it” line.

These lies are straight from the Enemy himself. All Christians are called to spread the good news. In Acts 1:8 Jesus calls us to “be My witnesses in Jerusalem, in all Judea and Samaria, and to the ends of the earth.” In this verse, the Lord calls us to reach far and wide in ministering to the lost, to be His witness.

What’s holding us back?

A lack of urgency

While on a mission trip in Las Vegas, something hit me. As I walked the sin-filled streets, I began to realize something about the people there: It wasn’t just that they didn’t know the information about how to come to Jesus. These people didn’t know Jesus in the first place.

Often, we label people who participate in sexual perversion and ungodly lifestyles as “those sinners” or people who God has given up on. We are quick to cast judgmental looks and haughty stares toward the ones needing Christ the most.

These judgmental glares do nothing but destroy the hope of the lost.

When did American Christians begin just assuming everyone in the world knew of the love of Christ?

Answer: when we stopped listening to His voice and call.

Who was given the call to tell the good news? The lost? Or those who know where hope comes from? Often, the mindset of serving overseas is “there are people dying without knowing who Jesus is. We have to go.” While true, it is also important to note people down your street who do not know who Jesus is. They are dying and going to hell because we are not telling.

How can they believe in Him, if they don’t know who He is?

Ignorance of the truth

The Southern Baptist Convention declined in membership and professions of faith for the 12th year in a row. Baptisms in 2018 declined three percent. That’s 7,600 fewer this year.

Why? Do you think the dwindling numbers came because many of them went to foreign countries to serve the Lord? No. I believe it is because we have forgotten our call to serve our Jerusalem.

Inside of our church doors, we should be inspired to bring others to Christ. Outside the doors, we should be willing to minister to whomever He leads us to. The truth is, people are lost and they don’t know Jesus. When we ignore Him, we aren’t doing anything but building pretty buildings with steeples while allowing the Church inside to fade away.

In Vegas, I met my dear friend Shay. Shay and her family were from India where her father had served as a pastor. When she was young, her father moved their family to be missionaries declaring the gospel to the lost in the United States.

Why would someone overseas come to America as a missionary?

Because we are lost.

Because we need Jesus.

Because we are leaving it up to someone else.

Because we are afraid.

In Joshua 1:9, we are given a promise of hope. “Be strong and courageous! Do not be afraid or discouraged, for the Lord your God is with you wherever you go.” Whether you are called to the ministry, overseas, or down the road, you have been given the strength of the Lord.

Jesus didn’t call all of us overseas. While many can go, not all of us can. Through different ministries, we can support, pray, and aid others serving afar. The call of missions isn’t for someone else; it’s for all.

The Lord has commanded many men and women to give their lives serving Him overseas. If that is you, I encourage you to accept the call and go. If not, remember your Jerusalem. Wherever you go, be His hands and feet.

The Gospel: A Plan or a Man?

The Gospel: A Plan or a Man? By Dr. David Reagan I was born into…

The Gospel Unwavering By Tim Moore What inspires you? Amidst all the noise and clamor,…