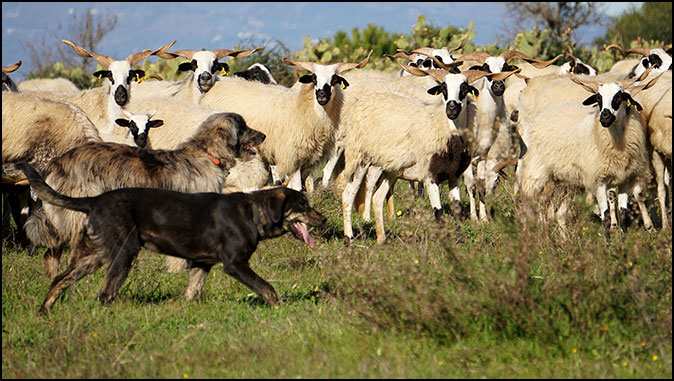 I had been asked to preach at three services in a church in Southern California. I had spoken in many churches, but this one made me nervous. And there was a justified reason for that.

If I were to give myself a label, I would probably fit into the category of an “equipping evangelist.” This is based on Ephesians 4:11-12:

“And He Himself gave some to be apostles, some prophets, some evangelists, and some pastors and teachers, for the equipping of the saints for the work of ministry, for the edifying of the body of Christ…”

The evangelist has the job of equipping Christians for the work of the ministry, particularly the often-neglected task of evangelism. And that’s what I strive to do. In Luke 10:1-2 we are told,

“After these things the Lord appointed seventy others also, and sent them two by two before His face into every city and place where He Himself was about to go. Then He said to them, “The harvest truly is great, but the laborers are few; therefore pray the Lord of the harvest to send out laborers into His harvest…”

The laborers are still sadly lacking, and I was in a privileged place to be used by God to stir more to do what they know they should be doing.

I have often likened this to the task of a sheepdog. The sheepdog barks at the sheep in an effort to get them to the place they should be. If you watch a skilled dog at work you will see that he loves what he does, and his eye is forever on the shepherd because above all things, he wants his approval. Sheep will often stubbornly stamp their front feet in defiance of the sheepdog, but that doesn’t intimidate him even slightly. He doesn’t care how the sheep respond. His only concern is the shepherd’s smile.

And so when I go into a local church to herd them towards their evangelistic responsibility, I enjoy myself. Again, this is because we desperately need help in reaching the lost. So few seem to care that sinners are being swallowed by death and if they die in their sins will be damned in Hell. That should horrify every Christian and cause us to run to them with the gospel. But it doesn’t. And so I bark at the sheep and tell them that they should be involved in reaching the lost. I tell them that they have a moral obligation to reach out to the unsaved. I remind them that Hell exists and that if the love of God dwells in them, they must warn sinners to flee from the wrath that’s to come. It doesn’t worry me if they stomp their feet in defiance. I really don’t care how they react because I will be leaving the next morning. All that I’m really looking for is the smile of the shepherd. He employed me for this task. I want him to be pleased with what he sees and hears, and hopefully toss me a bone.

I was a pastor for 3 1/2 years and during those years, we wouldn’t just let anyone into our pulpit. I, therefore, greatly appreciate it when a local shepherd allows me to speak to his people. I know that I am being put in a position of trust. It’s as though he’s handing his car keys to a complete stranger, sitting in the back with his family, and saying, “Please stay on the right side of the road.”

But this church in Southern California was different. It was my home church. I was being trusted to speak in three services, and I knew that I couldn’t soften the message. I didn’t want to do it, because I wasn’t leaving the next morning.

It was similar to having to share the gospel with our family members. Most of us struggle with the thought of sharing the message with a stranger. But there is the consolation that if a stranger is offended, it’s really no big deal. If he walks away in disgust, there will be an understandable feeling of rejection, but it will soon be forgotten because you will more than likely never see him again. But if your mom, dad, or sibling are offended and get angry at you, you’ve damaged or even lost a relationship that’s precious to you. That’s how I felt about my local church. All I could do was bark as usual and hope that if it upset the flock, the shepherd would still be happy.

The first service was on a Saturday night and it seemed to be well-received. But I still felt a little nervous that I had two more meetings. When my pastor reminded me of the next day’s service times, I smiled and said, “So you want me back?”

He clearly detected my hesitation, and later that night kindly sent me an encouraging email. In essence, it simply said, “Good dog!” And that’s all that really mattered.

To Be Found in Christ

Jesus Died for Your Sins: What Does this Mean?

Jesus Died for Your Sins: What Does this Mean? By Dr. David Reagan I was…

The Judgment of God

The Judgment of God By Dr. David Reagan Two of the most ignored subjects in…

What Did You Do With The Gift?

What Did You Do With The Gift? By Bud Hancock Christmas is one of the…